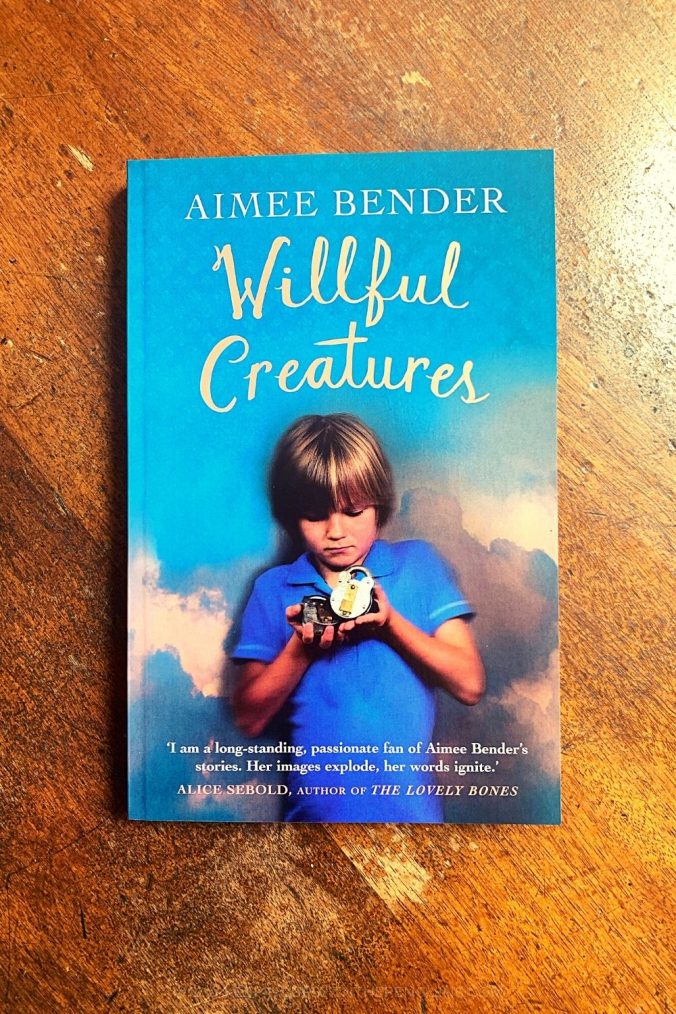 Willful Creatures is yet another book I picked up after I heard about it on The To Read List Podcast. I’m worried I’m starting to sound like an obsessed fangirl – I swear I’m not (much). Their book recommendations are just really good, and Willful Creatures is no exception.

Willful Creatures is a collection of fifteen short stories, divided into three parts. The stories are kind-of magical realism, kind-of fantasy, kind-of absurdist – if that makes sense. The New York Times review described the stories as “alternat[ing] between absurd scenarios imbued with recognizable human pathos, and apparently ordinary tales pitched at an oblique angle that reveals their true strangeness”.

The stories are also dark – not like horror or gritty thrillers, but like disturbing lucid dreams. Many of Bender’s creatures are not just willful, but downright malicious. The cruelty of Debbieland will leave you feeling depleted in the way only great stories can.

Some of the stories (like Off) give strong Ottessa Moshfegh vibes, others are closer to Carmen Maria Machado – two authors I truly love, so it’s no surprise that this collection drew me in. Fruit and Words is particularly spectacular, a real stand-out in a great collection. Dearth is another one worth mentioning, it really fucked me up – like a particularly twisted tuber version of Groundhog Day (have I mentioned that some of these stories are absurd?).

Bender uses the bizarre and surreal – a boy with keys where his fingers should be, a family with pumpkins for heads dealing with the arrival of a son with an iron for a head instead, miniature humans kept as pets – to talk about the human condition. The allegories are never too obvious though, she never beats you over the head with it. How she manages to make fabulist stories about imaginary creatures subtle is beyond me, but Bender pulls it off.

Willful Creatures is a short, punchy collection that I read in a single night – though it lingered with me for much, much longer than that. If you like your stories weird and dripping with pathos, you must add it to your to-read shelf immediately.