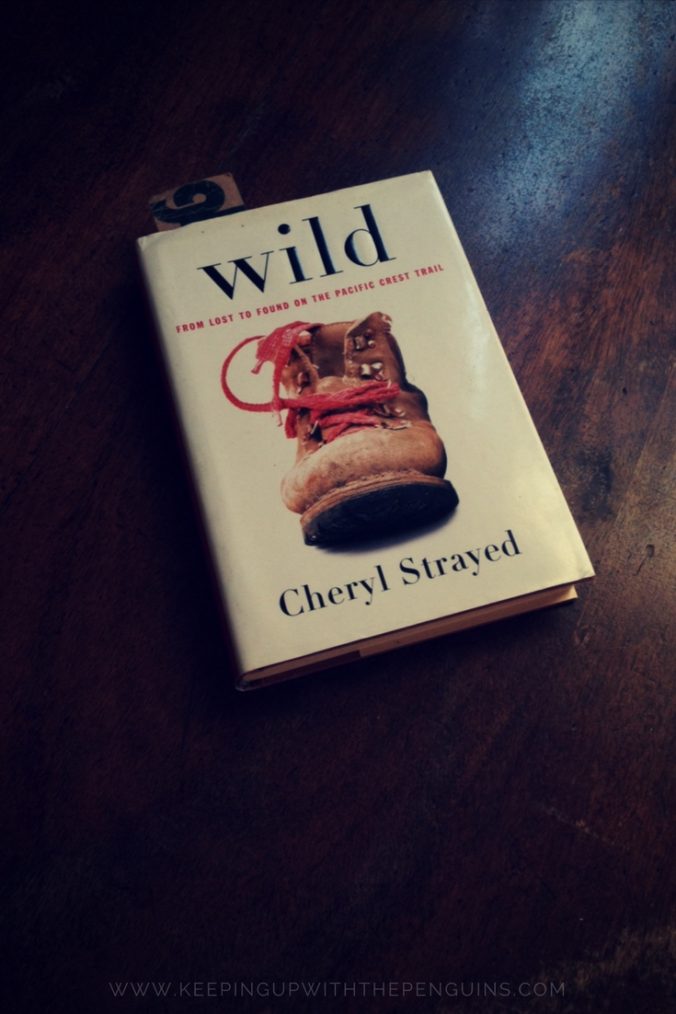 I’d been looking forward to reading Wild for a while, since listening to Cheryl Strayed’s appearance on Liz Gilbert’s podcast. After all the Wuthering Heights drama and the Catcher in the Rye moodiness, I was well set for a slightly more optimistic memoir about losing and finding oneself in trying times.

Wild was published in 2012. It follows Strayed’s 1,100-mile hike on the Pacific Crest Trail, which she undertook after the traumatic death of her young mother in the mid-90s. I knew all of that going in.

What I didn’t know was how young Strayed was herself when all of this went down. I’d been picturing her as a late-30s suburban mother with a mortgage on a three-bedroomed house in the ‘burbs, abandoning it all to find herself. In reality, she was a mid-20s recent divorcee with a heroin habit and a pretty transient life, subsisting on the few dollars she could scrape together from waitressing jobs, and that’s where the story begins.

Strayed sets out on this grueling trek almost entirely unprepared; she had essentially no prior hiking experience. She figured – like we all do, I think – that hiking = walking, and what’s so hard about that?

There are two stories that weave together across the memoir: her mother’s death (and we get all of the weren’t-we-so-poor-and-dysfunctional-but-we-loved-each-other-so-much backstory, gratis), and the at-times comical dire realities of a haphazard hike through the wilderness.

As I was reading, I noted that, as a novel, this story would be annoying and trite and cliché. Strayed’s story derives all of its value from being an actual lived experience. She is brutally honest, in every sense, relaying her self-awareness in a way that I deeply admire. She devotes a lot of air time to the heaviness of her pack and the weight that she’s carrying, which is a somewhat clumsy metaphor, but it’s forgivable.

I must say, though, I wasn’t sold on the “beauty” of the wilderness in Wild. I’m not a country girl at all, and those descriptive passages sounded like my own personal hell. I’d much rather hike 1,100 miles in a concrete jungle CBD any day (and, indeed, I often do, when a water pipe bursts on Pitt Street and the bus timetable is fucked).

I was fully prepared to cry reading Wild, but I didn’t. It was good – it didn’t change me as a person, but it enjoyed reading it. It made me think a lot about survival and determination. Getting by. Sometimes you’re under-prepared and things go wrong (you lose a hiking boot, you find yourself with just two pennies to your name, you run into a bear), but you cop onto yourself and you keep going anyway. For a time, it became a sort of mantra for me: “if Cheryl Strayed can hike a million miles in too-small boots that are giving her blisters, then I can walk home in the rain”. Having a dream isn’t enough, after all: you have to actually do the thing.

There was a film adaptation released in 2014, which I’d love to see – not because I think it make a great movie, necessarily, but more because I’m curious as to how a book about a mostly-solo hike, driven entirely by internal monologue, could be adapted for the big screen.

Tl;dr? Wild is Eat, Pray, Love meets Survivor. I would recommended it to mid-20s fuck-ups like me, who don’t mind clumsy metaphors too much.

My favourite Amazon reviews of Wild: