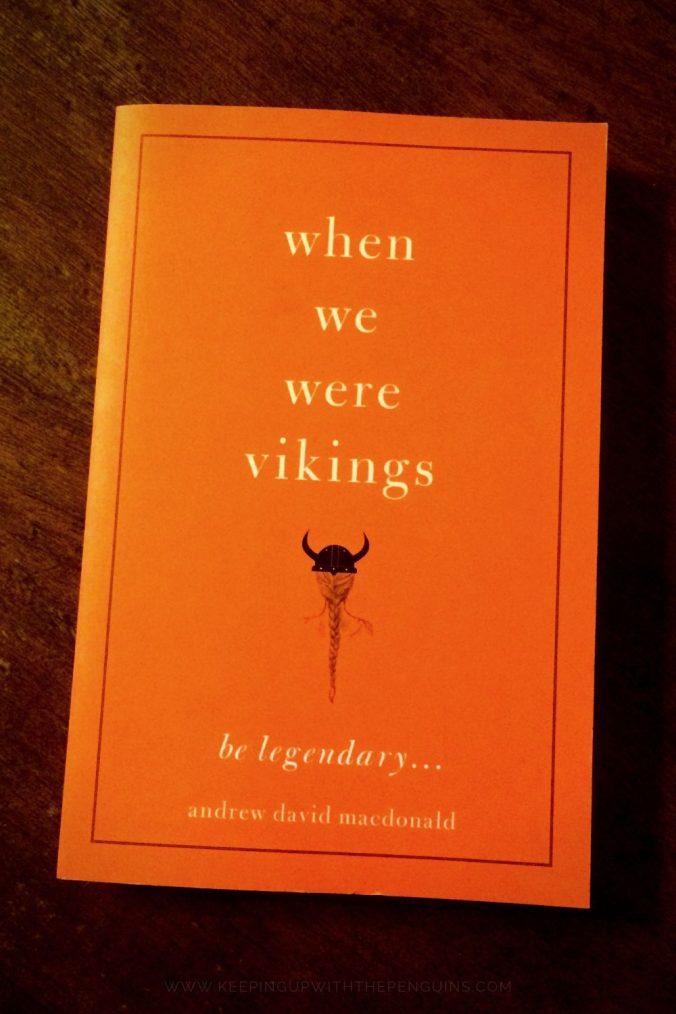 When We Were Vikings – Andrew David MacDonald

Zelda is 21 years old. She lives with her older brother, Gert, and she’s obsessed with Vikings. Not the TV show, or the football team – literal Vikings, the Norse people who kicked around Northern Europe up until the 11th century. Zelda’s a little bit different, and she knows that, but she’s figured out how to get by in the world.

That is, until she figures out that Gert has made friends with some not-nice people who are getting him to do not-nice things for money… and she decides to take matters into her own hands, the way her Viking heroes would. Simon & Schuster were kind enough to send me a copy of When We Were Vikings for review.

Despite dealing with some very dark themes (trigger warnings for violence, abuse, and rape), this is a surprisingly charming and endearing novel from debut author Andrew David MacDonald. Zelda’s differences make her awkward and difficult to deal with at times, but she’s also earnest, enthusiastic, and caring.

I liked that MacDonald told her story tenderly, without making Zelda a spectacle or an object of pity. When We Were Vikings is never condescending, always compassionate, and achieves the perfect balance between drama and humour.

This is a must-read if you’re in the mood for an uplifting story about what to do when life deals you a shitty hand.

7 Books That Changed The World