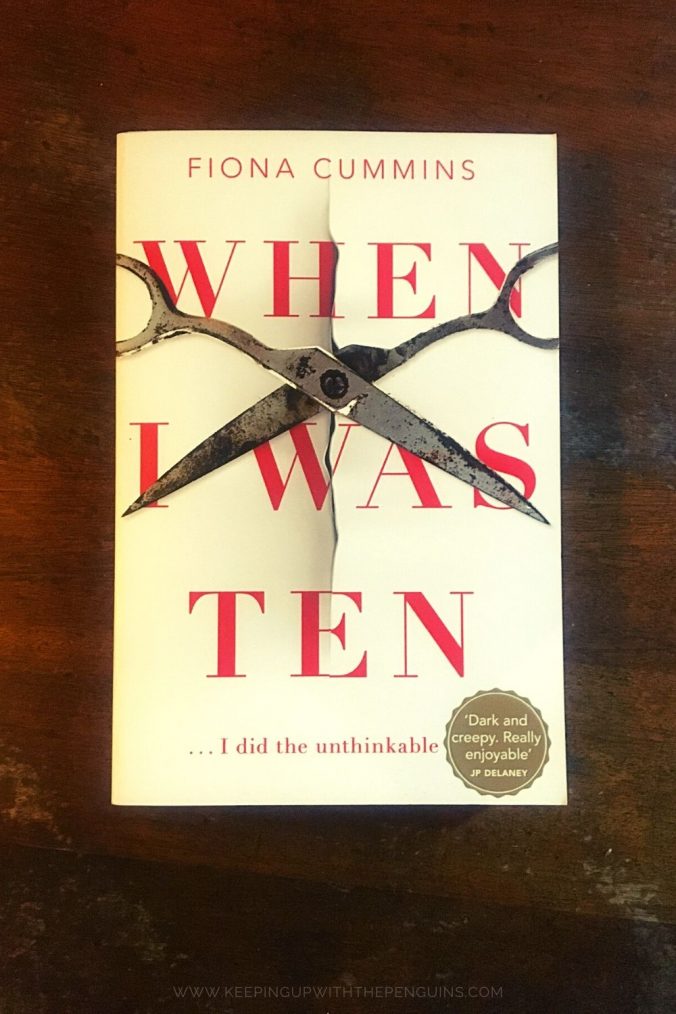 When I Was Ten – Fiona Cummins

The most sensational crimes always involve children, as victims… or perpetrators. The latter is the focus of Fiona Cummins’ new crime novel, When I Was Ten.

Chronologically, the story begins with Dr and Mrs Carter found stabbed to death with a pair of scissors, and their daughter – ten year old Sara Carter – incarcerated for the crime. Through alternating perspectives and weaving timelines, Cummins reveals the truth of what really happened that night, and the ripple effects that have irrevocably changed the lives of three women. The amazing team at Macmillan Australia were kind enough to send me a copy for review.

Crime thrillers aren’t just crime thrillers anymore: it’s impossible for fiction writers to ignore our collective obsession with true crime journalism. When I Was Ten will not satisfy the die-hard fans of the old-fashioned whodunnit, because the answer is abundantly obvious from the start (and the red-herrings half-hearted at best).

However, the political ramifications of the crime – and the resurgence of media interest upon its anniversary – are resonant and timely. What I found most captivating about this novel, I must admit, was trying to picture Cummins sitting at her computer writing some of the cruelest forms of abuse and degradation I have ever read; her search history must have her on a watch-list somewhere.

When I Was Ten is unlikely to change your life, but it will at least turn your stomach and make you want to hug your children.

Should You DNF A Book?