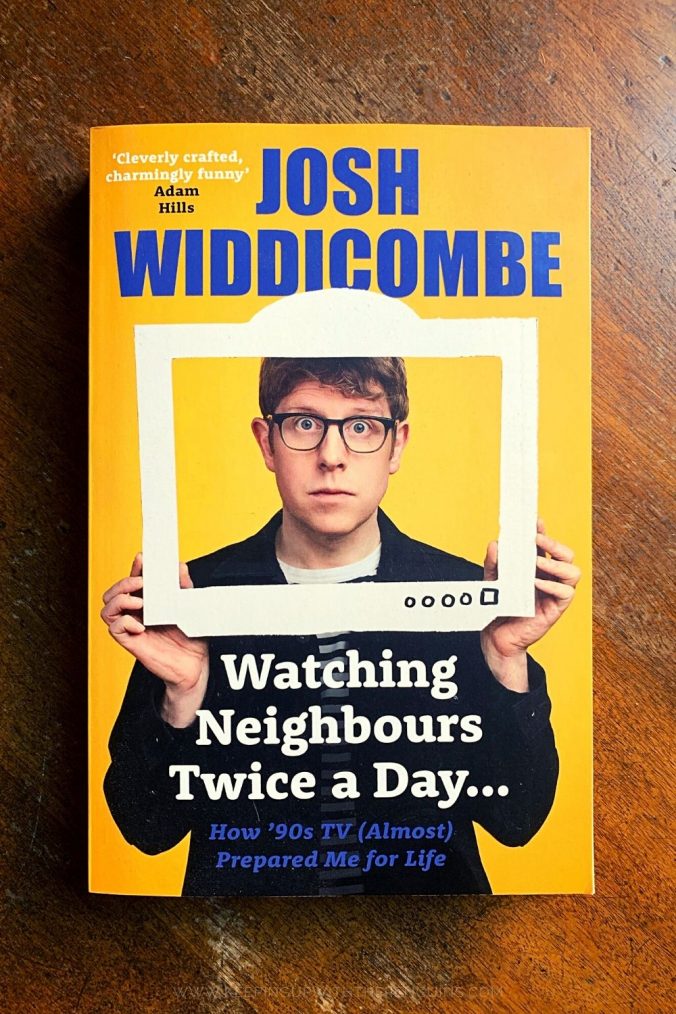 Josh Widdicombe “grew up in the middle of nowhere, and watching too much TV”. Despite rumours that such an upbringing would give him square eyes or melt his brain, it’s actually led him to write a book, Watching Neighbours Twice A Day, about how this steady diet of ’90s television (almost) prepared him for life.

I was in the mood for a bit of nostalgia for the pre-streaming-revolution entertainment of my youth, so I was delighted to receive a copy from Blink Publishing (via Allen & Unwin) for review.

I felt a bit silly when I realised that Widdicombe is British (I’d assumed Australian, given the title, clearly forgetting that the Brits love Neighbours more than we do), which caused some relatability problems. Even though I appreciated the throwback to the communal experience of pre-internet television, the actual content of the pop-culture didn’t have that ring of recognition for me.

Watching Neighbours Twice A Day skates over the depths it could have plumbed, making it a quick read, and offered a few compensatory chuckles.

It would be great for millennial British readers, but I’m hoping an Australian comedian will pick up the concept and write something that feels more familiar to me personally.