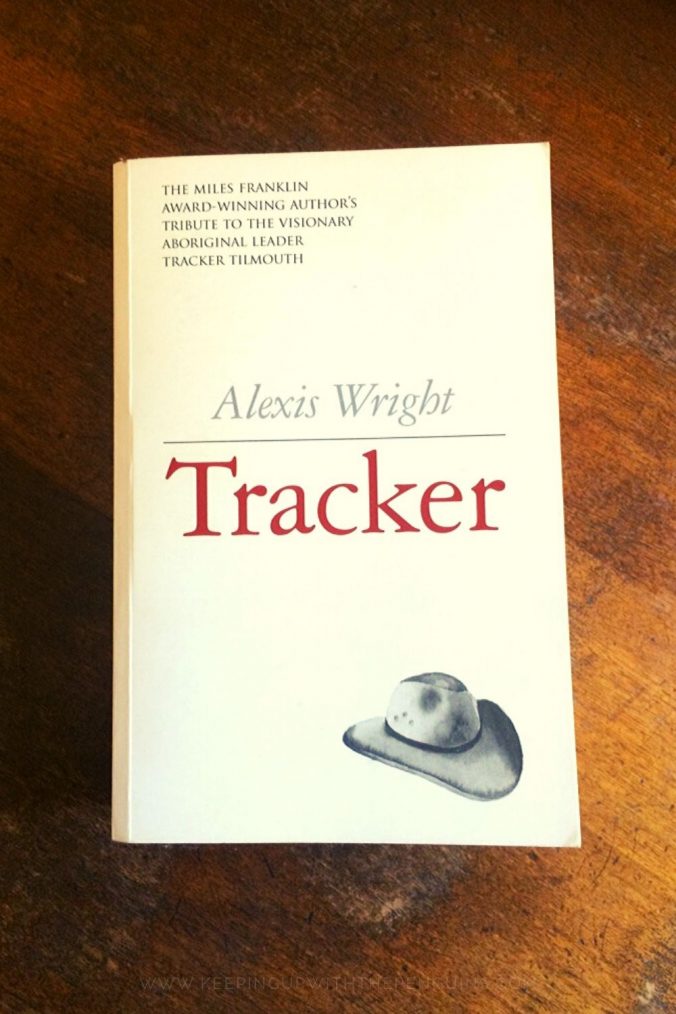 How do you go about writing the autobiography of a man who was larger than life? The short answer is, you don’t. Tracker is not neat, linear life story told in a single voice. Rather, it is a “collective memoir”, drawing upon the ancient traditions of oral histories, whereby one man’s incredible life is related through the stories of dozens of people. Alexis Wright is not a narrator, but a collaborator, bringing together friends, family members, colleagues, politicians, and countless others to paint a portrait – detailed, contradictory, and powerful – of one of Australia’s most beloved Aboriginal leaders.

Tracker Tilmouth was born in 1954, in the latter years of the White Australia policy. He was one of the Stolen Generation, removed from his family at three years old, and raised on the Croker Island Mission. He went on to become the country’s most powerful advocate for the social, legal and economic advancement of Aboriginal Australians, working with the Central Land Council and other organisations in Queensland and the Northern Territory, until his death in 2015.

Alexis Wright has carefully pieced together his life story from the recollections and statements of over fifty contributors, each carefully selected and approved by Tracker before his death. The effect is something like sitting around the dinner table after a large family reunion, listening to everyone hash over their histories: the good, the bad, and the ugly. The strongest speaker, though, is Tracker. He is instantly beguiling, his distinctive “voice” booming loud and large from the page.

That’s not an artifact, it would seem: it was how Tracker did business. He was charismatic, skilled in the art of tailoring his message for the listener, informal and crass at times but always disarming with his good-natured humour. He was multi-lingual, able to converse in several Indigenous languages as well as Australian English, and this fluidity of language allowed him to act as a conduit and a mediator between groups. Even where all parties shared a common language, Tracker still managed to form bridges across political and cultural divides; he was determined, in every circumstance possible, to create an environment where people felt they could talk to him, and to each other, as a way of finding solutions to seemingly insurmountable problems.


Tracker is a long(!) book, one that requires close and attentive reading over an extended period. Even though I was deeply engaged in the content and very interested in Tracker’s life and perspective, some parts dragged, which I guess would be the nature of any biography told in multiple voices (not all of them will resonate equally for every reader). It follows rough timeline, as you might expect of a biography, in that it starts with childhood and follows the trajectory of Tracker’s life and career. That said, it’s only very loosely structured. Sometimes, the same events are revisited and re-told from different perspectives, the pieces of the puzzle pushed together in a new way to form a different picture. This all seems to emerge organically from the mode of storytelling, rather than being forced or engineered as some kind of gimmick.

Wright doesn’t intervene as a narrator at any stage (she’s so absent from the narrative that where she is referred to at all, it is in third-person), which means there is no umpire adjudicating for the reader the contradictions between the different versions of events, and the different descriptions of Tracker. And it’s not all glowing, let me assure you: Tracker is, at times, criticised for his derision, his sexism, and (for want of a better word) his lack of polish. He was “certainly not politically correct by the standards of polite white civility”, and so it’s hardly surprising he ruffled feathers.

Where the first half of Tracker focuses mainly on events and achievements in Tracker’s life, the second focuses more on his philosophy, his ideas, and his insights. It’s not dense sociopolitical commentary, mind you – just an airing of Tracker’s vision for economic, social, and legal self-determination for Indigenous Australians. For him, it wasn’t just about the legal ruling or the funding approval for an initiative, it was about the practical impacts for the community, what a given decision or action would actually do to combat the entrenched inequality that still exists in Australia. For all the unwieldy complexity of the issues and challenges he took on, he boiled almost everything down to financial independence: “If it isn’t economically sustainable, it won’t work”. That might not be a popular view in today’s climate, reducing cultural continuation to dollars and cents, and it’s one I approached with much skepticism – but I’ve got to say, Tracker’s way of winning people over is just as effective on the page as it was in life.

Tracker also presents his views on the ever-timely issue of constitutional recognition:

“It is not our constitution, it is their constitution. If you want to be invited to a shit sandwich, off you go. It is not ours, it has nothing to do with us. So we have the stupidity of recognition. What do you recognise? You recognise we own it? If you want to recognise we own it all, give us a treaty. Give us our rights. Give us our property rights. Return the stolen land. Do those sorts of things. Do not talk to us about recognising us because you can do that on a piece of paper, it is not going to mean anything.”

This view surprised me a little – not the sentiment, but the vehemence of it – as did his views on the Greens and other environmentalist groups. Tracker pointed out a lot of problems in the ethos of these organisations that I’m privileged enough not to have had to consider previously. For me, Tracker really highlighted – in a way we don’t see often enough – the heterogeneity of “the Indigenous community”. Just like there are a broad range of views within “the gay community” or “the Muslim community”, First Nations people are a diverse group with diverse views. That kind of nuance is too often lost when, as we’ve seen recently, they’re forced front and center of a political debate.


Another surprise: Tracker was a far less emotional read than I was expecting. Most of the contributors presented their stories in a matter-of-fact way, without the grief-stricken lyrical waxing I suppose I’m conditioned to expect from what is, in effect, a eulogy. This is not a book that sobs into the reader’s shoulder about how sad it is that such a brilliant man faced such hardship, and was lost so young (though it is, of course, extremely sad) – rather, it’s a careful record of the “facts” of a fragmented history, and in some ways, that is perhaps a more fitting tribute.

For her efforts and vision, Wright won the Stella Prize in 2018. It’s hard to imagine that a life as large and far-reaching as Tracker Tilmouth’s could have been captured in writing in any other way, and I’m glad that the literary community has recognised this stunning, epic achievement. I’ll leave the last word to her:

“Tracker was the one who made us look more, and work harder… The holes in this book are the missing stories of hundreds of people who knew Tracker. You can go anywhere in this country and there will always be someone with a great story to tell about Tracker, of something he said or did. Keep sharing those stories. Embellish them. Make his stories your own story. Most of all, be the story. That is what he would have wanted.”