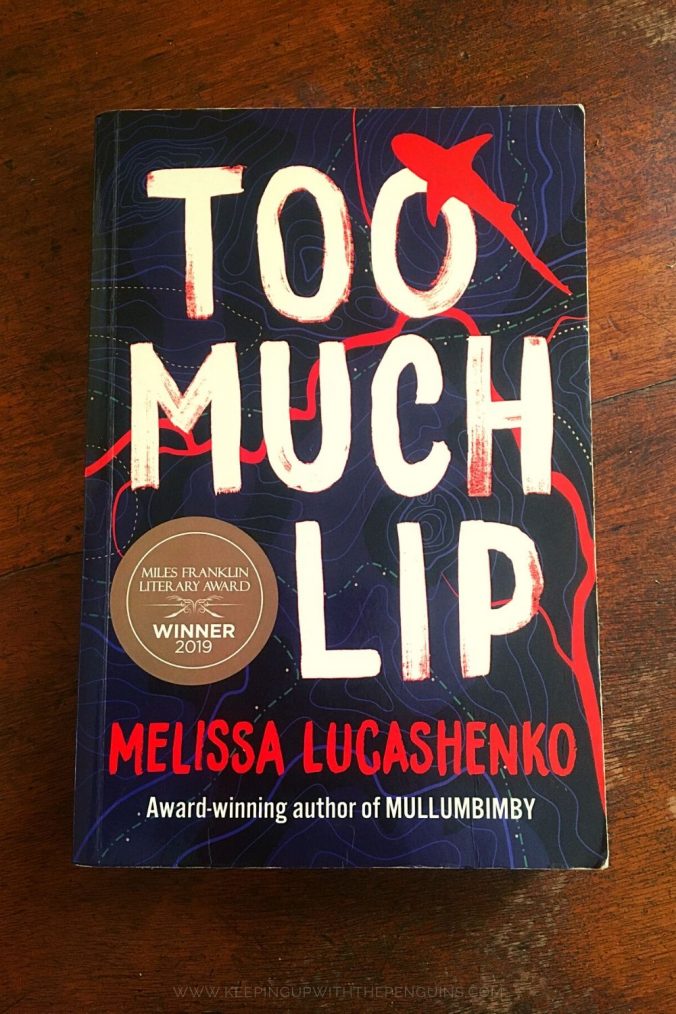 Too Much Lip – Melissa Lucashenko

Too Much Lip, on its face, sounds like a big ask of Australian author Melissa Lucashenko. How can you take all of the worst stereotypes of First Nations families – drinking, crime, welfare, violence – and give them texture? Make them compelling? Heck, make them funny? It’s a tall order, but Lucashenko pulls it off.

As per the blurb: “Wise cracking Kerry Salter has spent a lifetime avoiding two things – her hometown and prison. But now her pop is dying and she’s an inch away from the lockup, so she heads south on a stolen Harley.” As Kerry admits herself in the narrative, “too much lip” is her “problem from way back” – she just can’t help but say what’s on her mind (and it’s not always kind or flattering for those around her, particularly her family).

This book presents an Australian brand of what might elsewhere be called magical realism. The first conversation Kerry has in the novel takes place with three cheeky crows who are witness to her exodus from Queensland – backpack of stolen loot in tow. It sets the tone for the black (blak) comedy that is to follow in Too Much Lip, one that weaves together ancient culture and contemporary injustice.

What struck me immediately in Too Much Lip is the masterful way in which Lucashenko paints a picture of a culture continuing, but scarred. Kerry’s nephew Donny’s totem animal, the whale, is the perfect metaphor.

“If Granny Ava was still alive he might have learned to call them in off some coastal headland, Kerry reflected. Mighta been taught them special songs, and all them special whale ways, but Uncle Richard in Lismore had only passed on the fact of the totem, and the lingo name for the animal. It was up to Donny what he did with that in the twenty-first century.”

The story moves from Kerry’s discomfort at returning to her hometown, to a grassroots protest against the local mayor’s plan to install a jail on their sacred land, to the uncovering of long-buried family secrets. Underpinning it all is a cycle of inter-generational trauma, suffered and inflicted in turn.

While the violence and abuses of the past don’t excuse those perpetrated in the present (Lucashenko isn’t about to give anyone, black or white, a free pass), they go a long way to explaining it and providing all-too-often-absent context for all-too-common problems in families like the Salters. That said, Lucashenko doesn’t push the reader too hard, holding back from drowning us in misery (as she rightly could have) while providing enough to put us squarely on Kerry’s side – even when she’s making terrible decisions that will have you gnashing your teeth in frustration.

Too Much Lip blends The Castle and the Beverly Hillbillies with a storytelling tradition older than any of us can fathom – a unique combination that you’re unlikely to find anywhere else. I was particularly taken with Lucashenko’s use of dialect, which weaves the narrative and the dialogue together; even though the narration is third-person, a step removed from Kerry and her family, it’s still rich in Bundjalung language and northern NSW/regional QLD vernacular. And in the Salters, Lucashenko has created a family that, yes, drink and lash out and steal and vandalise, but also love and share and laugh and stand together when the shit goes down.

(I must offer a specific trigger warning, though, for a few horrific incidents of cruelty to animals, towards the end of Too Much Lip – I found it especially confronting, so I’d imagine others might as well.)

It’s particularly important that, when you pick up Too Much Lip (which you really should), you don’t skip past the author biography and afterword, which provide essential context for understanding this story. Lucashenko is a Goorie author of Bundjalung and European heritage, and while the specific locations and details of Too Much Lip are imagined, she says “virtually every incidence of violence in these pages has occurred within my extended family at least once,”. She also adds that the epigraph “refers to my great-grandmother Christina Copson who, as a Goorie woman in Wolvi in 1907, was arrested for shooting her attempted rapist (also Aboriginal). Christina later beat the charge against her in a Brisbane court, unapologetically stating that although she had shot her attacker in the hip, she had been aiming for his heart and she was only sorry that she had not killed him,”. It’s clear where Kerry gets her spirit, and her lip.

In addition to writing acclaimed fiction (Too Much Lip is her sixth novel, and it won the Miles Franklin award in 2019), Lucashenko is also an amazing advocate and activist. In addition to her work championing First Nations writing, she also co-founded Sisters Inside, a Queensland organisation that provides programs, services, and support for women and girls who have been incarcerated. If you’re looking to do something to end the terrible legacy of state violence against First Nations people in this country (and pay the rent, while you’re at it), supporting Sisters Inside would be a great place to start.

Important reminder: Keeping Up With The Penguins is a project undertaken on the lands of the Gadigal people, of the Eora nation, land that was never ceded or sold.

Mother May I – Joshilyn Jackson

8 Plot Twists That Will Live In Your Head Rent-Free