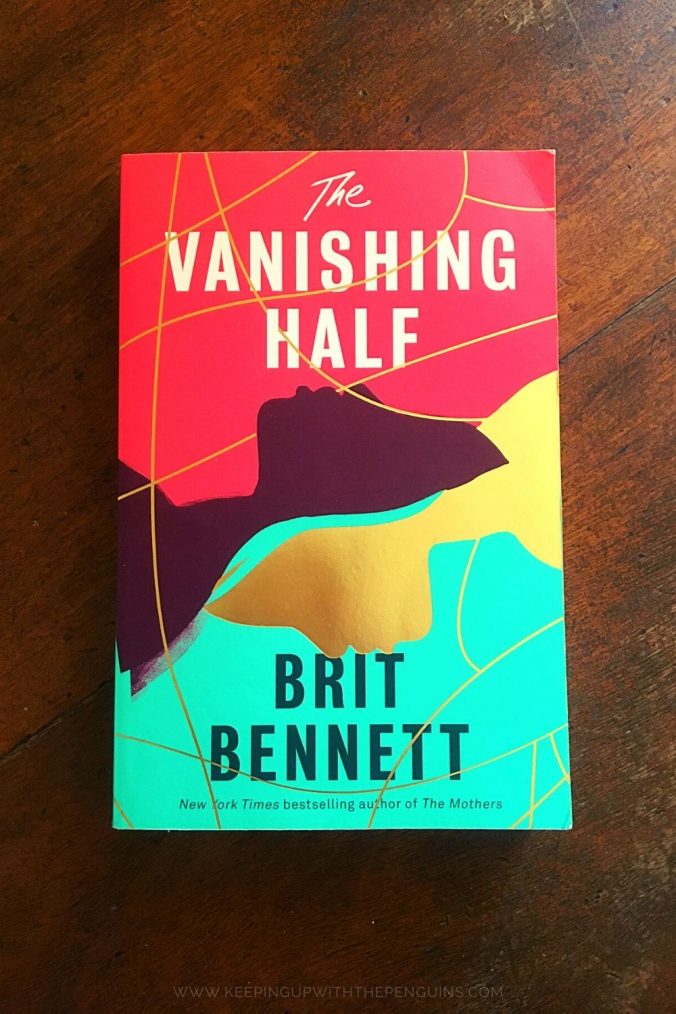 Too often, conversations about identity are reduced to binaries: man/woman, rich/poor, gay/straight, black/white. In reality, not one of us can be so easily reduced to one label or another. That’s what makes the premise of The Vanishing Half so interesting. This historical fiction novel examines the lives of twin girls who grew up together in a small Southern community; one grew up to “pass” as white, the other married a dark-skinned man and had a dark-skinned daughter. Through this multi-generational family saga, Brit Bennett plays out the domino effect of reductive labels.

Initially, the scene is set in Mallard, a small town primarily populated by light-skinned black Americans “who would never be white but refused to be treated like Negroes”. Part One begins in 1968, when Desiree and Stella – the “creamy skinned, hazel eyed” identical twins – run away to New Orleans. They fear a life trapped in Mallard, cleaning houses without so much as a high school diploma, and dream of forging new futures – and new identities – for themselves in the big city.

The girls are opposing forces, in more ways than one. Stella is the bookish, sensitive one, dependent on her sister for strength and conviction. Desiree is headstrong and spirited, but misses things her more perceptive sister picks up on. Their paths diverge when, not long after getting their fresh start in New Orleans, Stella disappears.

Years later, Desiree returns to Mallard with her daughter in tow. She had married a dark-skinned black man (knowing full well that it would baffle/infuriate her light-skinned community, the ingrained colourism running strong), but left him when he became violent. She had no place to go but her hometown, knowing that her dark-skinned daughter would not be completely welcome.

In Part Two, Desiree’s daughter – Jude – has grown up, and she escapes Mallard for university in Los Angeles. She falls in love with a trans man, and they build a little life for themselves, with Jude working as a caterer to help make ends meet. While working a fancy party, Jude finds herself face-to-face with a woman who looks just like her mother. It’s Stella, Desiree’s twin, who has been passing as white and living her life in the wealthy California suburbs.

Part Three circles back to tell Stella’s full story, how she came living as “white” in Los Angeles, married to a white man and raising his child. The careful boundaries she has drawn around herself and her identity are threatened when a black family moves in across the street. Then, in Part Four, the ground beneath her gets even shakier, as Jude secretly befriends Stella’s daughter (Kennedy) without revealing the lineage that connects them. The final two Parts offer a denouement – emotional, geographical, and otherwise – for both generations, where each “half” must reckon with the other.

The Vanishing Half is as complex as the issues it tackles. On its face, it is most explicitly a book about colorism, the divisions within the black community on the basis of skin (and, indeed, the divisions within the characters themselves). It’s an all-too-common and extremely dangerous value system, borne (naturally) of white supremacy more broadly, that prizes lightness for its proximity to whiteness. This is spelled out for the reader both literally and metaphorically (e.g., the twins witnessed their father’s lynching as a child, and the trauma response manifests in Stella as a drive to satisfy the status quo).

There are other identities and boundaries explored in The Vanishing Half too, though – particularly around gender. The inclusion of a trans character as a primary love interest, and the role of the queer community in the novel, hasn’t been the focus of much of the chatter about The Vanishing Half, which made it a pleasant surprise. Bennett writes with a deft touch; she doesn’t shy away from the issues, but she doesn’t manhandle them either (e.g., her allusion to the AIDS epidemic towards the end of the novel was particularly well done). As a New York Times review put it: “Bennett balances the literary demands of dynamic characterisation with the historical and social realities of her subject matter”.

The Vanishing Half lands somewhere between An American Marriage and Little Fires Everywhere, in terms of tone and style, with a dustier accent of historical fiction. It’s certainly a provocative read, and one that rightfully holds a prize place in the recent wave of interrogative popular fiction.

My favourite Amazon reviews of The Vanishing Half: