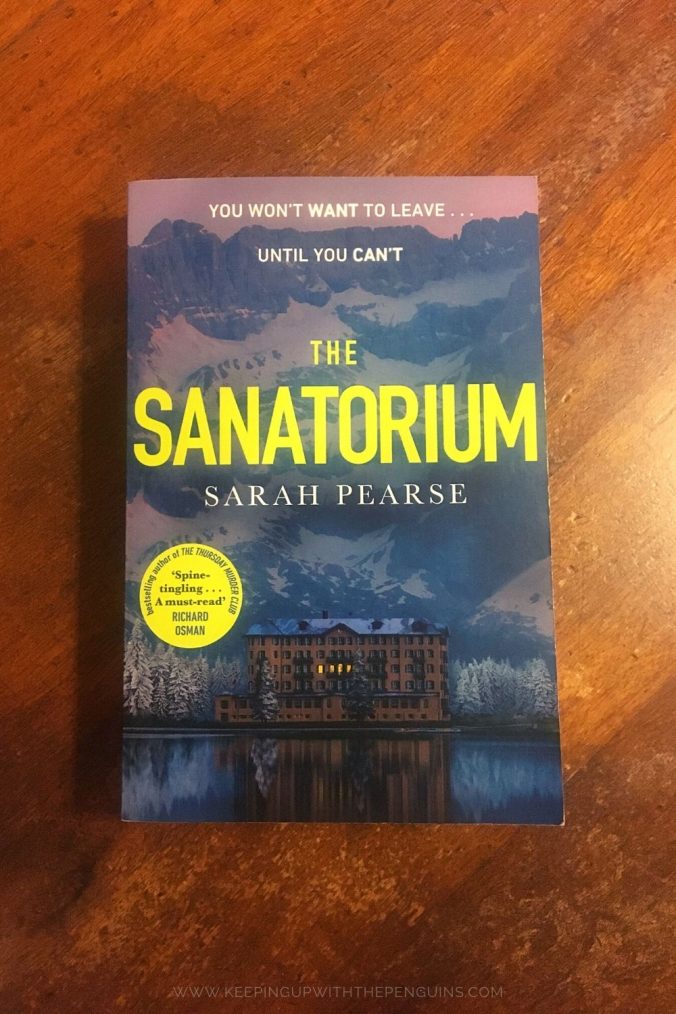 The Sanatorium has one of the most spine-chilling settings I’ve ever encountered: a sanatorium with a sketchy past that has been repurposed as a luxury hotel.

Think The Shining, with a story reminiscent of early Dan Brown.

Traumatised detective Elin arrives at the hotel at the invitation of her estranged brother, to celebrate his engagement.

When his fiance mysteriously disappears, and a sudden storm cuts off all access to the rest of the world, all of Elin’s bad gut feelings are confirmed.

This is a well-paced thriller, with several twists and turns. The only real let-down was the ending: the villain’s reveal was unexpected, but that meant it required a long and cliche reveals-all speech in the penultimate chapter (and the motivation seemed a little flimsy and unearned).

It’s a shame, because otherwise this is an evocative and spooky twist on the locked-door mystery. Pick this one up if you value mood over pay-off.