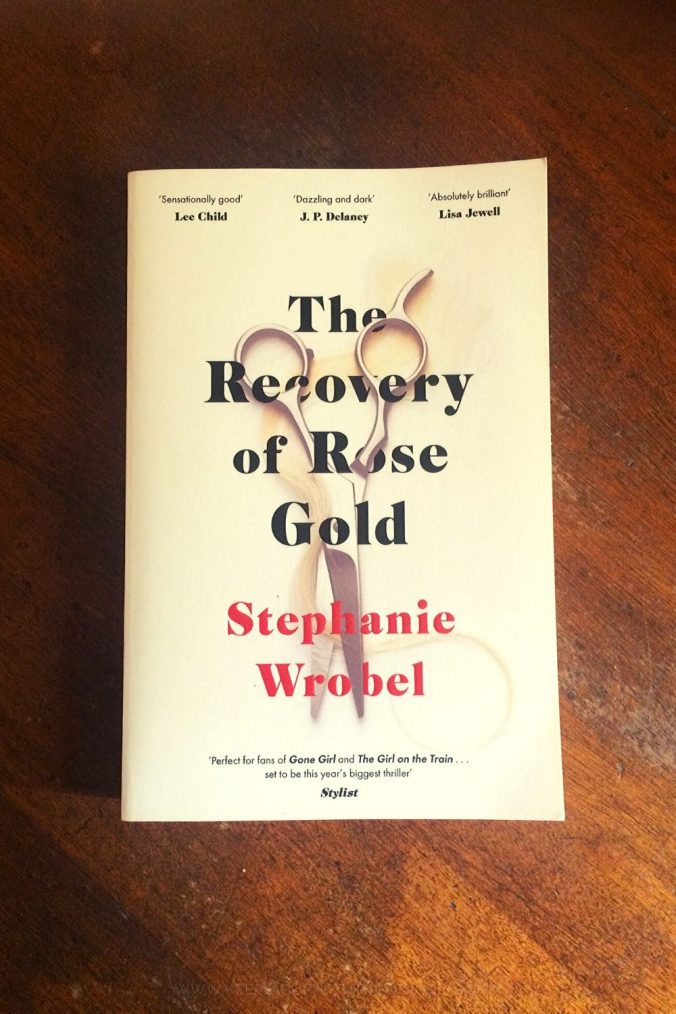 Stephanie Wrobel’s debut novel, The Recovery of Rose Gold (called Darling Rose Gold in other regions), explores the twisted co-dependent relationship between mother and daughter that develops as a result of the mother’s Munchausen Syndrome by Proxy. Penguin Books Australia was kind enough to send me a copy for review.

It has all the hallmarks of a pacy thriller, but I tell you what, it’s refreshing to read one that doesn’t revolve around dead bodies and bloodshed. The Recovery of Rose Gold isn’t a “whodunnit”, but a sinister cat-and-mouse game of power and control.

MSBP is a relatively rare psychological condition, and as a premise for a thriller it’s fresh and fascinating. The story begins where most thrillers might end: with the mother, Patty, being released from prison and her daughter/victim, Rose Gold, accepting her back into her life in an apparent attempt at reconciliation.

The story is told through their alternating perspectives, with Patty depicting the events of the present, and Rose Gold’s account of the past – the two, naturally, meet at the end when “all is revealed”.

I would caution readers against reading this as a realistic portrayal of MSBP (the attempt at drawing linear causation for Patty’s condition is over-simplified at best), nor should it be read as a direct fictionalisation of the real-life case of Gypsy Rose Blanchard. Still, it’s satisfying and compelling without being hackneyed or overwrought.

Life After The List: Reflections on Keeping Up With The Penguins