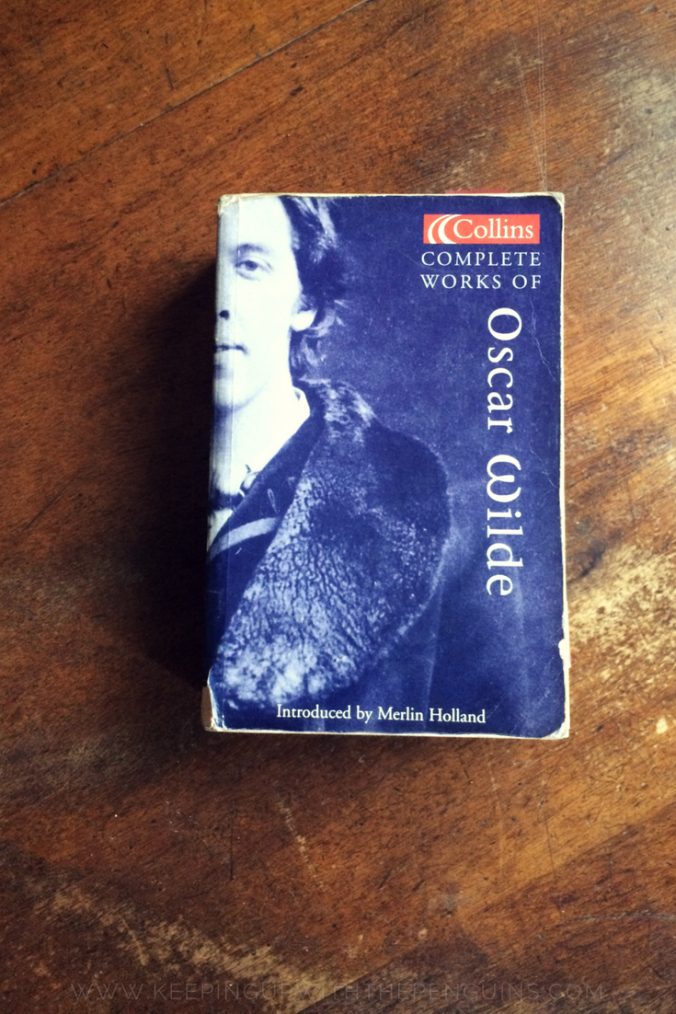 The Picture of Dorian Gray has a special place in my heart, but probably not for the reason you’d expect. See, I have a talent for stumbling upon amazing secondhand bookstores everywhere I go, and my honeymoon was no exception! While searching for cheap happy hours in Tel Aviv, my new husband and I discovered The Little Prince Bookstore & Cafe, where I picked up The Collins Collected Works of Oscar Wilde for just $20AUD (one of my best book bargains ever!). Every time I look at this book, I think back to that amazing trip. I decided to read The Picture of Dorian Gray next because I’d read somewhere that Oscar Wilde was a big fan of Henry James, but I tried not to hold that against him. Plus, my new husband had read the entire collected works upon our return to Australia, and he promised me I’d love it.

The Picture of Dorian Gray is a philosophical novel, kind of along the same lines as Strange Case of Dr Jekyll and Mr Hyde, but cleverer and more subtle. It exists in several versions, and has one hell of a history. Basically, Oscar Wilde submitted the manuscript (his only novel) to Lippincott Monthly Magazine in 1890, and they agreed to publish it… but, unbeknownst to Wilde, the editor cut out about 500 words, worried that all the references to adultery and homosexuality would offend the delicate sensibilities of the British literary critics. They managed to get offended anyway, even with the offending passages removed, and thus began a year of barbs exchanged via the British press. Wilde published pieces defending the nature of his art, while the reviewers trolled him endlessly and basically accused him of trying to turn everybody gay. In 1891, The Picture of Dorian Gray was published as a stand-alone book for the first time, and Wilde had made significant revisions (he threw in seven additional chapters, and a preface detailing his defence of the rights of the artist). This final version is the one included in the Collins collection.

So, what’s it all about? Well, the protagonist – Dorian Gray – is a beautiful young man, a lost soul in many respects. He encounters an artist, Basil Hallward, who falls head over heels in love with him (kinda – in this version, Basil is more into his art and sees Dorian as his “muse”, but in the original uncensored version it was all about the gay lust). Basil convinces Dorian to pose as the subject of a full-length oil portrait. While Dorian is posing, one of Basil’s friends drops by – one mister Lord Henry. Now, this is a deal-with-the-devil kind of story, and in this case Lord Henry = Devil, just so you know…


Dorian is seduced by Lord Henry’s hedonistic approach to life; he espouses indulging every whim and desire for beauty and sensuality. Basil finishes the portrait, and Dorian laments (out loud!) that he must grow old while the painting will remain young and beautiful forever. The magical wish-granting fairy overhears him (I assume – Wilde never really explains how this happens) and the portrait begins to age, while Dorian remains in his first blush of youth.

Dorian totally ghosts Basil (smh), and he chases after Lord Henry, living a life of immoral pleasures. Dorian has pretty much sold his soul but at least he sold it for a bunch of money and booze and drugs and sex – that’s worth it, surely! There’s no woo-y supernatural bullshit; it’s all presented as a completely normal and realistic turn of events that Dorian would remain young and beautiful while the portrait grows old and haggard, and you get totally lured into the story without needing to check your critical thinking skills at the door.

The Picture of Dorian Gray is packed with historical and literary references. I confess, I let them fly over my head for the most part – I didn’t even bother to check the footnotes most of the time (what a philistine!). You’ll probably get more out of the story if you look them up, but even if you don’t it’s abundantly clear that Mr Wilde was a very smart chap. This whole story is about aestheticism and the double-lives we all lead, and he picks it apart beautifully without once sounding like a snob. I bet he would have had some real shit to say about Instagram if he were alive today.


Wilde wasn’t just a clever cookie, he was also endlessly quotable! I felt like every page had some kind of zinger that I wanted to jot down. On page one(!), he says “there is no such thing as a moral or immoral book”, which is just a damn good point. On page three, he points out that “there is only one thing in the world worse than being talked about, and that is not being talked about”. On and on it goes…

Wilde also had a deep emotional investment in his only novel. He once said:

“Basil Hallward is what I think I am; Lord Henry is what the world thinks of me; Dorian is what I would like to be – in other ages, perhaps.”

To his credit, this was a fun read! It probably doesn’t quite rise to the level of Recommended for Keeping Up With The Penguins, but I’m still in awe of it. My tl;dr summary would be this: The Picture of Dorian Gray is a novel about giving Kim Kardashian or Paris Hilton immortal youth and an endless supply of drugs and liquor. Imagine how that works out…

My favourite Amazon reviews of The Picture of Dorian Gray:

5 Mistakes You Make When Picking Your Next Read