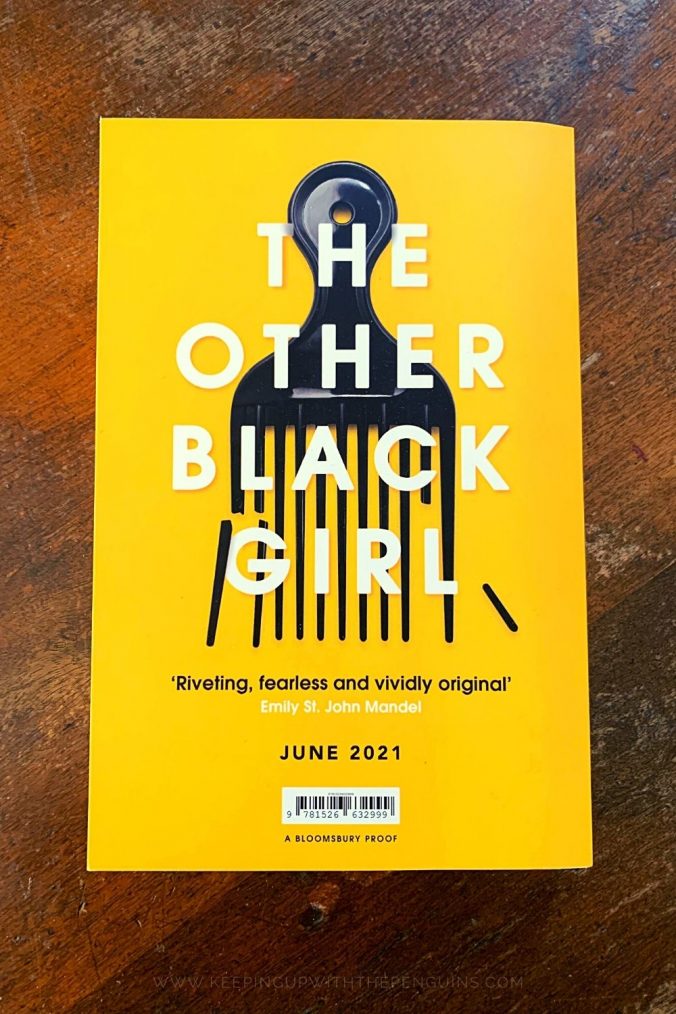 The Other Black Girl is one of the most-anticipated hot debuts of 2021. In it, Harris examines “the psychic cost to Black women of making [themselves] palatable to institutions that use [their] cultural cache for their own ends”.

Twenty-something Nella is the only Black employee at Wagner Books, until Hazel arrives. She thinks she’s found an ally in the office, someone to bond with over the microaggressions that are as much a part of the everyday as printing pages for her boss.

Then, Nella starts receiving threatening notes on her desk: “LEAVE WAGNER, NOW”. Is it just a coincidence that the notes coincided with Hazel’s arrival, or is there something darker at play? My friends at Bloomsbury were kind enough to send me a copy for review.

Given the premise, I was really hoping for something along the lines of last year’s Such A Fun Age, maybe with a little The Devil Wears Prada thrown in. I loved the premise, and the insight it promised, and Harris has crafted one of the most chilling anonymous antagonists of all time (the threatening notes are written in Comic Sans – horrifying!).

Unfortunately, the chronology of this one is wonky. Nella’s narration goes off on so many expositional free-association tangents that it’s easy to lose focus on what’s happening. Nella’s character is also, ironically, a little flat; she doesn’t have much going on other than Being Black In Publishing.

The story takes a particularly weird turn around two-thirds of the way through which just didn’t feel “earned” to me. Harris stretches the metaphor to breaking point.

The Other Black Girl is a brilliant idea, but ultimately falls short in execution.

100 Fun Facts About Books and Authors

The Perks Of Being A Wallflower – Stephen Chbosky