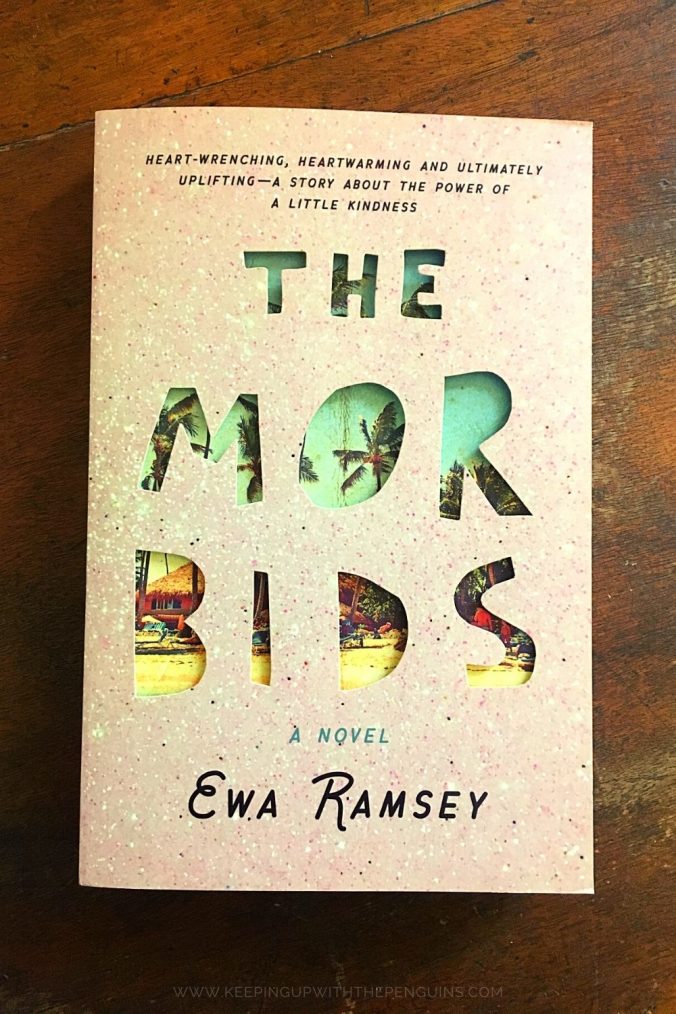 Caitlin is sure she’s going to die.

That’s why she joins meetings of The Morbids every Tuesday, a support group that promises “a unique first-step program for treatment of anxiety, specifically as related to death and dying”.

Every other day of the week, she self-medicates by plunging head-first into anything she thinks will keep the Thoughts at bay: walking, work, booze, boys…

When she finds out her best friend Lina is getting married, though, she realises none of it will be enough. She’s going to have to tackle her demons for real.

The Morbids is a strange, sparkly novel (literally, the cover is pink glitter!). Even though it’s heavy on trigger-warning-worthy content (depression, self-destructive behaviour, death), it’s also a romantic comedy, with a charming leading man and an evil ex to boot.

I loved the Sydney setting, as Caitlin spent a lot of time walking streets I know well. It would be a great pick for fans of Georgina Young’s Loner, released earlier this year. All told, this is a wry but graceful novel about love, friendship, and a fixation on death – who can’t relate to that, just a little, at the moment?