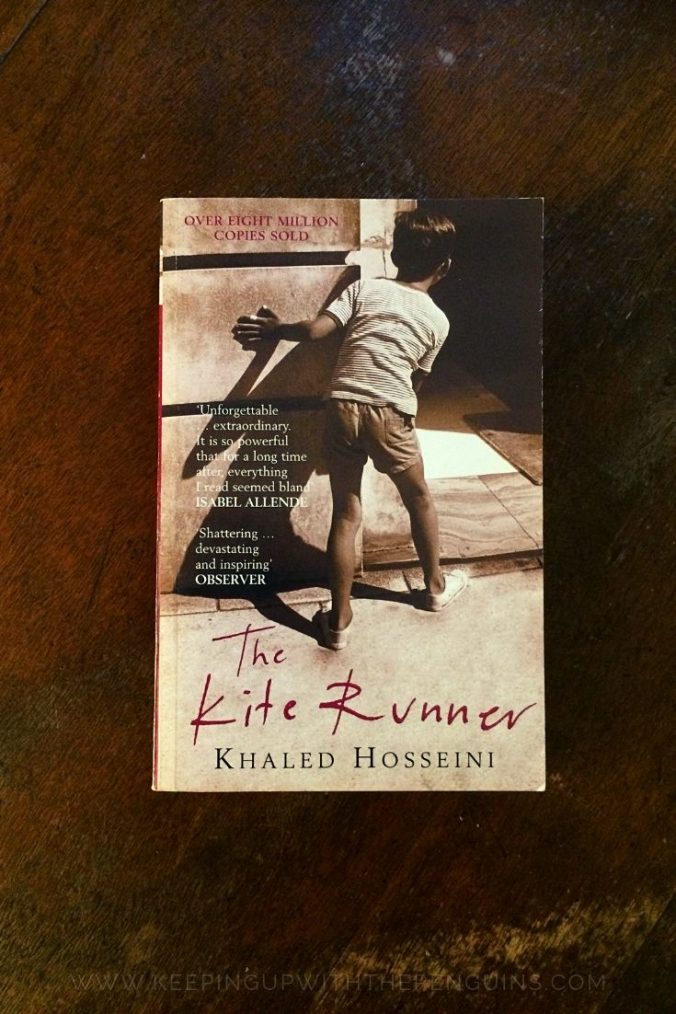 Khaled Hosseini had been working as a medical internist for a few years in 1999, when he heard on the news that the Taliban had banned kite flying in Afghanistan. It “struck a personal chord” with him, given that kite flying had been his favourite sport when he was growing up in that neck of the woods. That chord inspired him to write a 25-page short story, which he eventually expanded to become The Kite Runner, his debut novel published in 2003 – the story of two young boys whose paths diverge after the Soviet military intervention, and the rise of the Taliban regime.

The first half of The Kite Runner is set mostly in 1970s Afghanistan, and follows the strange friendship between two twelve-year-old boys. Amir grew up in a mansion, Hassan in the servants’ quarters. Both boys are motherless. Amir is a sometimes-cruel curious child with a distant but wealthy and powerful father. Hassan is his servant-cum-best-friend, kind and generous. The power in their relationship is distributed as unevenly as you’d imagine given its origins.

They are drawn together, aside from their shared geography and age, by their love of flying kites in local tournaments. Hassan is Amir’s “kite runner”; when Amir cuts down a kite, Hassan runs to retrieve it, seeming to know where it will land on instinct alone. At one particularly important tournament, Amir wins – the trophy, and his father’s attention, a real boon! Hassan runs to find the last kite cut, a great honour. Unfortunately, Hassan encounters the local bully, Assef, in an alleyway upon his return. When Hassan refuses to give up the kite, Assef beats him and (gulp, trigger warning, etc) rapes him. Amir sees what happens, but is too scared to intervene.

Naturally, this decision not to protect his friend haunts him. Amir avoids Hassan, and even goes so far as to plant a watch and some money under Hassan’s mattress to frame him for thievery, hoping it will cause his father to send Hassan and his dad away. It works, after a fashion, and they leave. If only Amir’s conscience was so easy to silence…

The second half of The Kite Runner follows Amir’s return to Afghanistan, some three decades later. He and his father fled to America in the 1980s. Their old family friend, Rahim Khan, begs Amir to return, to say farewell, as he is unwell and near death.

Of course, Rahim had an ulterior motive for luring Amir back to the homeland: he wanted Amir to find Hassan’s son, and care for him, as Hassan had recently been executed in the street by the Taliban, as had his wife. Ooft!

And the punches keep coming for Amir: it turns out Hassan was actually Amir’s biological half-brother, making his son, Sohrab, Amir’s nephew. Blood, water, you know the whole bit.

When Amir tracks down Sohrab, he finds that the boy was taken from an orphanage by a local Taliban leader to work in his house as a “dancing boy” (and subjected to awful abuses, it almost goes without saying). In a startling coincidence, that Taliban leader turns out to be Assef, the childhood bully-slash-rapist. There’s a violent confrontation, which leaves Amir severely wounded, but he and Sohrab manage to escape Assef’s clutches.

You’d think that’d be the end of The Kite Runner, but even after he recovers, Amir still faces an uphill battle to adopt Sohrab and get him back to the States. The process is so stressful for Sohrab, and he so fears ending up in another orphanage, that he (gulp, another trigger warning, hold onto your hat) slits his wrists in a bathtub. Luckily, he survives, but he’s not in good shape emotionally. The Kite Runner ends with Sohrab living in America, with Amir and his wife, but deeply depressed and traumatised by all that he has been through. It’s a resolution, but hardly a happy ending.

So, as you can see, the plot of The Kite Runner is almost Shakespearean, full of betrayals and daddy issues and blood that won’t wash off, set against the backdrop of war games that are larger than all of us. Amir only properly understands his privilege (wealth, security) in retrospect, narrating the story from the early 2000s (yes, September 11 comes in, towards the end). As such, it’s not until quite late in life – too late, you might say – that he can seek redemption and atone for the way he treated his childhood friend.

I read a review from Sarah Smith in The Guardian that said The Kite Runner started off strong, but Hosseini seemed too focused on fully redeeming his protagonist, which led to too many wild coincidences that allowed Amir to face his demons. I reckon that’s spot on; Hosseini lost me around the time he revealed Assef as the local Taliban honcho holding Sohrab.

Like Amir, Hosseini was born in Afghanistan but left as a young boy, only to return in 2003. Of course, every journalist he’s ever spoken to has asked him “how autobiographical The Kite Runner is” (as though that’s the only interesting thing about a man of his background). Hosseini has said “When I say some of it is me, then people look unsatisfied. The parallels are pretty obvious, but… I left a few things ambiguous because I wanted to drive the book clubs crazy.”

Ah, yes, the book clubs! The Kite Runner sold pretty well upon its initial release in hardback, but it wasn’t until it was released in paperback (the preferred format of book clubs) that it really exploded. It hit the bestseller lists in late 2004, and stayed there for two years. It’s still widely beloved, but not universally. The American Library Association’s statistics show that it was one of the most-frequently banned and challenged books of 2008 (with parents trying to remove it from school libraries due to its “offensive language” and explicit content). Plus, a lot of Afghan American readers have expressed anger at Hosseini’s depiction of Pashtuns as oppressors and Hazaras as the oppressed.

Obviously, I’m not really in a position to comment on that last point. What I can tell you is that The Kite Runner is a good read, and a newly-resonant one (given what has happened in Kabul these past couple of months), but there are too many convenient coincidences and foreseeable twists for it to really get my motor running. Go ahead and read it if you’re interested, but steel yourself for those trigger warnings I mentioned!

My favourite Amazon reviews of The Kite Runner: