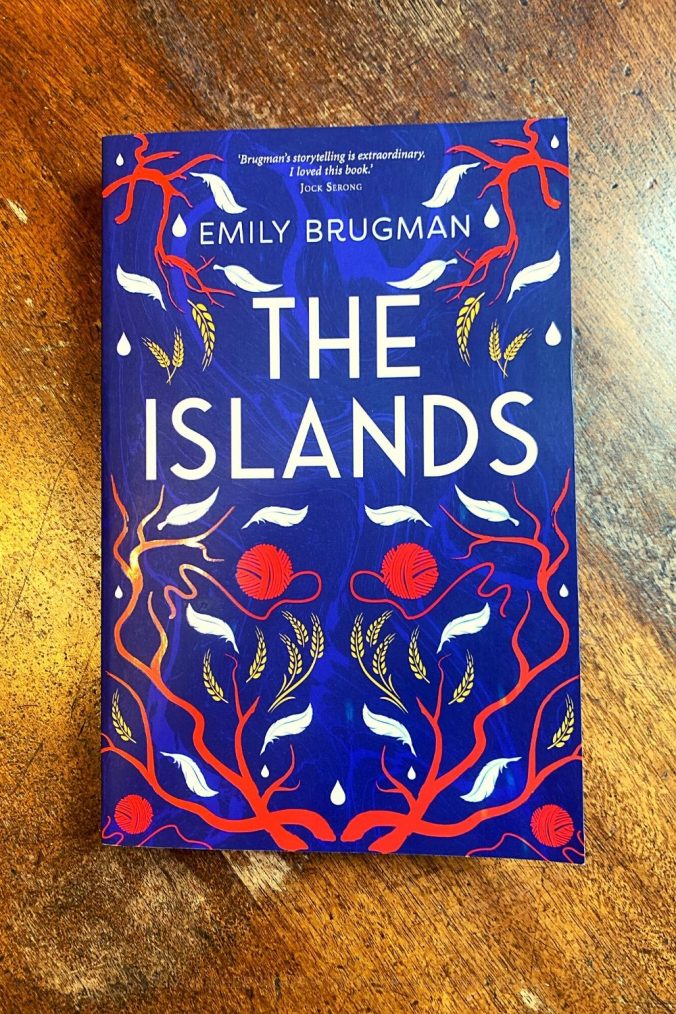 In the mid-1950s, Finnish migrants set up camp on a tiny island – Little Rat – in an archipelago a day’s boat ride off the coast of Western Australia. They hoped to make their fortune in the burgeoning crayfishing industry. That’s a big part of Emily Brugman’s family history, and it has inspired her debut literary fiction novel, The Islands.

The story follows the Saari family – newlywed and newly-migrated Onni and Alva, then later their daughter Hilda – as they build their lives in Australia, on and off the islands. In the early chapters, Onni is devastated by the loss of his brother (a fellow Finnish migrant and crayfisher) at sea. Slowly, gently, the story expands, drawing in Alva and Hilda and their neighbours and friends on Little Rat and on the mainland.

If you’re into place-as-character in novels, The Islands is a must-read. Brugman blends some of the richest Australian place writing I’ve ever read with Finnish tradition and stories-within-stories. You can practically taste the salt air and the sea spray. Even if that’s not your jam, you’ll be drawn in by the close examination of the migrant journey – physical and emotional.

The Islands is an immersive read, one that skips through to an unexpected – but also inevitable – end. My gratitude, as always, to the wonderful team at Allen And Unwin for sending me a copy for review!