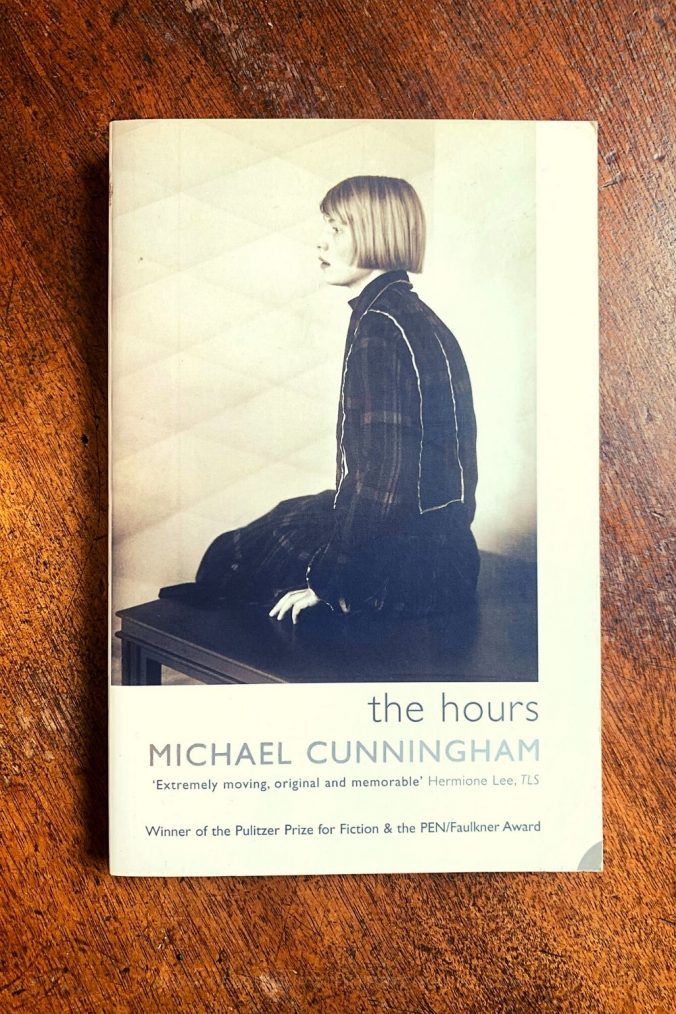 Did you know that Virginia Woolf’s working title for Mrs Dalloway was originally The Hours? And that’s where Michael Cunningham got the name for his 1999 Pulitzer Prize-winning novel, which “recasts the classic story of Mrs Dalloway in a startling new light”.

The Hours revolves around three generations of women living in different time periods and circumstances, each of whom has some kind of connection with Mrs Dalloway. There’s Virginia Woolf herself, in 1920s England. There’s also Laura, a Los Angeles housewife in the 1940s, who yearns to escape her life and wonders if she has the brilliance of the mind that produced Mrs Dalloway. And there’s Clarissa, in 1990s New York, whose brilliant best friend is dying of AIDS-related illness.

“Mrs Woolf”, “Mrs Brown”, and “Mrs Dalloway” (Virginia, Laura, and Clarissa, respectively) are all equally interesting, well-drawn, and complex. That’s unusual for a story with multiple protagonists, in my experience – usually, I find I’m more drawn to one over the others.

The story is told over the course of a single day, in the tradition of Mrs Dalloway – and, in that spirit, I read The Hours in a single sitting. It’s short enough to make that not-too-onerous an undertaking, and I reckon it’s the best way to do it, if you have the time and capacity.

The Hours parallels Mrs Dalloway in several other ways, too. There’s the stream-of-consciousness style, where the protagonists’ thoughts bounce around all willy-nilly, a very tricky literary technique that mirrors free association. There’s also the LGBTIQ+ themes, where each of the protagonists is some variety of queer. Cunningham quite neatly shows, across the successive generations, how queerness and queer relationships become less shameful and more open: from Virginia’s internal torment, to Laura’s clandestine kiss, to Clarissa’s long-term “out” partnership.

One other thing that’s important to note, if you’re considering picking up The Hours, is that Cunningham also explores mental illness, as a form of expression and a legitimate perspective on the world. That means some trigger warnings are necessary: The Hours opens with a scene of Woolf’s suicide in the prologue, and there are other instances of suicide, suicidal ideation, and depression throughout.

So, it’s kind of a bummer, but The Hours is still a good read – I enjoyed it more than the O.G. Mrs Dalloway (and, for sure, I understood a lot more of it!). It also made for a really good movie, starring Julianne Moore and Meryl Streep. I wondered whether Streep was specifically cast for the project, or whether she sought it out specially, because she’s evoked as a character in The Hours with a minor off-page role in the early chapters. She said, on the DVD commentary (remember DVD commentary? how quaint!), that a friend’s daughter sent her a copy of the book, thinking she’d get a kick out of it. It would seem that she did, and I did too.

My favourite Amazon reviews of The Hours here: