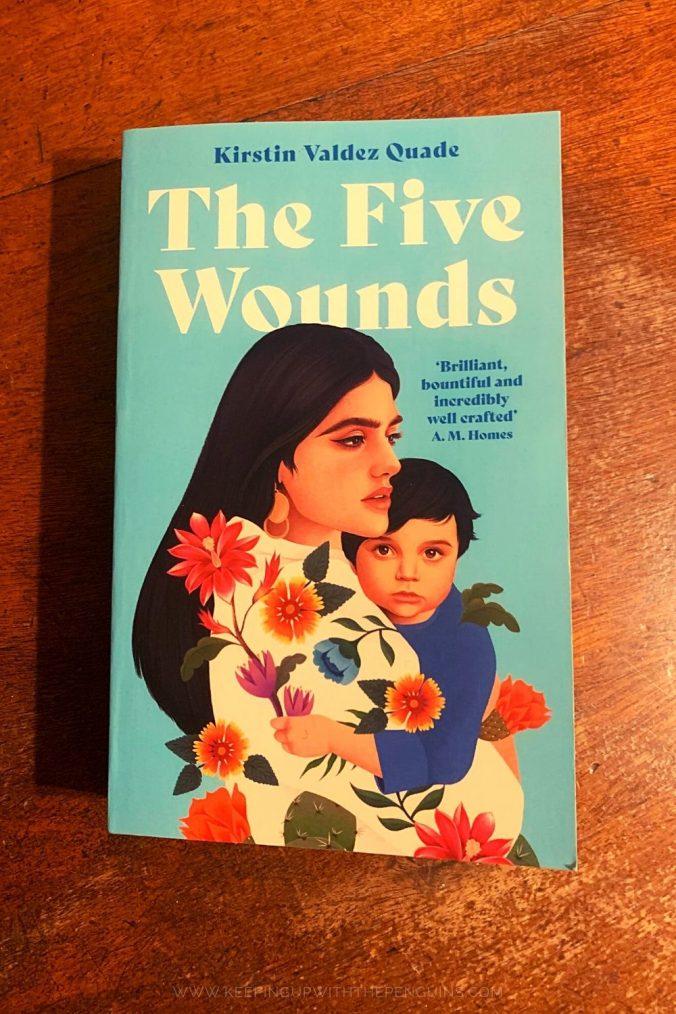 In The Five Wounds, Kirstin Valdez Quade’s debut novel and a Roxane Gay Book Club pick, Amadeo Padilla is an Ideas Man… that is to say, he’s an unemployed 33-year-old absent father, living with his own mother in a small house in New Mexico.

He’s just about to embark on his next great Idea – playing the role of Jesus Christ in a re-enactment of the crucifixion – when his 15-year-old daughter, Angel, shows up on his (mother’s) doorstep. Pregnant.

History is repeating itself in this novel about becoming a parent when you feel ill-equipped to take care of even yourself.

Don’t be fooled by the quasi-earnest piousness of the first chapter. The Five Wounds is a drama without the gloss or glamour, just a three-dimensional view of real life (which, as we know, never goes to plan).

Angel is one of those self-interested teenagers who are lucky enough to know everything, but she’s forced to grow up quickly when neither her father nor her grandmother are capable of providing the support she’d hoped.

Amadeo really got up my nose – I enjoy an unlikeable character as much as the next girl, but sheesh! – and yet, I couldn’t help but find myself strangely moved and deeply touched by this family saga.