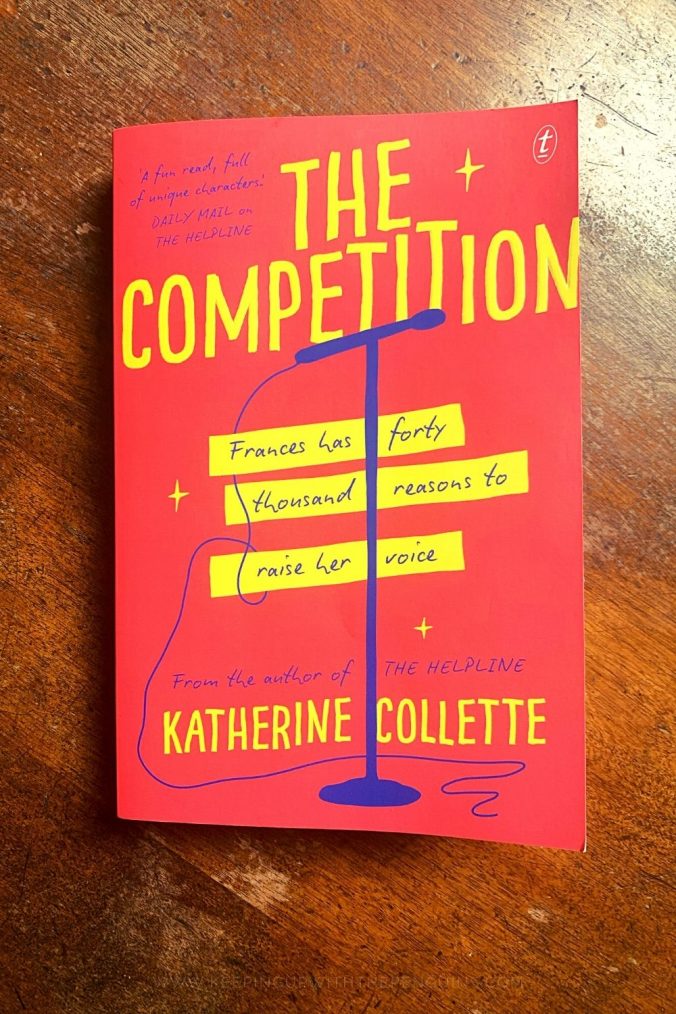 21-year-old Frances doesn’t love public speaking (who does?). She only joined SpeechMakers to prove to herself and her parents that she had something going for her. She found herself at their annual member’s conference because she heard there was a $40,000 cash prize on offer for the best speaker. That’s where The Competition starts, and it follows Frances through the three-day nightmare.

I loved Katherine Collette’s debut (The Helpline), and in The Competition she gives us another “sharply observed comedy [with] a cast of loveable underachievers”. There’s Frances, naturally, but also her former would-be mentor, the ambitious SpeechMasters CEO, and the charismatic buffoon running the show.

SpeechMakers is very clearly based on the real-life public speaking not-for-profit ToastMasters, though Collette is at pains to point out in her author’s note that the more exploitative practices of the organisation are entirely fictional.

I loved the fresh perspective of Frances’s character (she has an arc you won’t expect!), and the Strictly Ballroom-vibe of a cast of characters deeply invested in a niche competition. I sincerely hope Collette has more of these feel-good redemptive stories to come.