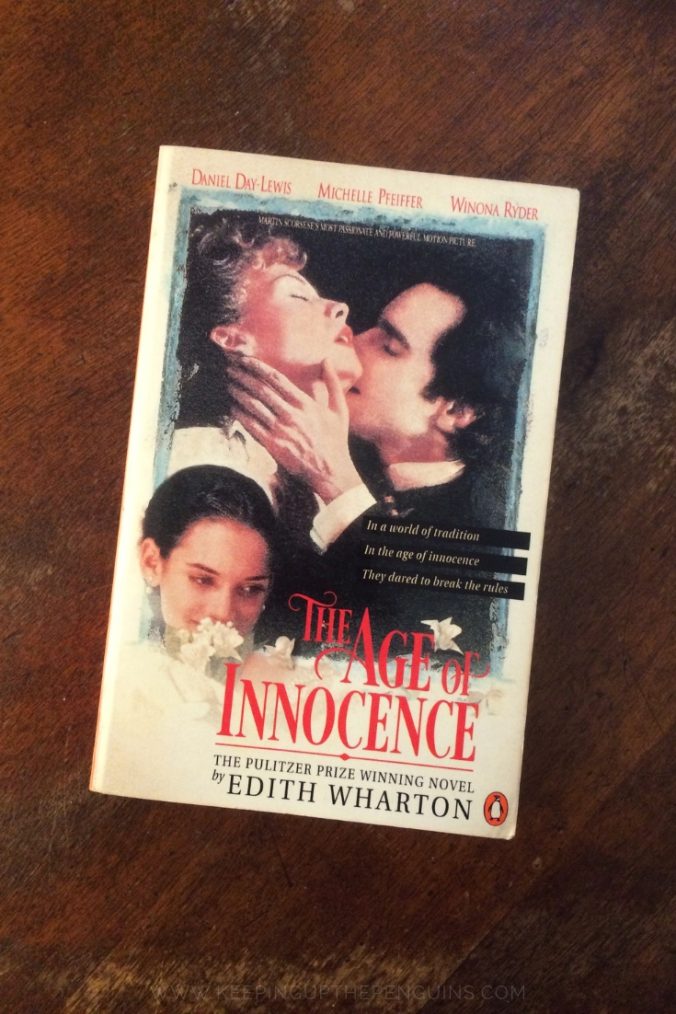 The Age Of Innocence – Edith Wharton

The path to equality and representation for women is paved with the works of women like Edith Wharton. The Age Of Innocence was her twelfth novel, published in 1920. It went on to win the 1921 Pulitzer Prize for Fiction. The committee had initially agreed to give the award to Sinclair Lewis for Main Street, but the judges wound up rejecting his book on political grounds… making Wharton the first woman to win, in the award’s history. She had the hustle, she fought the good fight, and she won in the end, which makes me so damn happy. Plus, The Age Of Innocence is one of Roxane Gay’s favourite books, so…

The most important thing to know when it comes to The Age Of Innocence is that you need to guard against being fooled by its subtlety. On its face, it’s a slow-moving society story of upper-class New York City at the end of the 19th century, but its critique and commentary goes so much deeper than that! You’ve really got to keep your wits about you as you’re reading, because it’s all so subtle – it’s a lot like Jane Austen’s Emma, in that regard. You’ll fall into the trap of thinking you can let your mind drift for a second, because Wharton’s just describing the carriages in the street or something, but next thing you know you’ve missed a crucial insight into the politics of this Gilded Age society, and you’ve got to go back and read it all again (as I did, on more than one occasion). It’s not a fast-paced story, but a lot is communicated very quickly, if that makes any sense. Even the title itself, four simple words, is an ironic comment (with multiple layers) on the polished veneer of “society” in New York, given its nefarious undercurrents and machinations. So, Wharton don’t play, people: strap in.

The Age Of Innocence starts with Newland Archer, rich boy heir to one of New York City’s “best” families, all set to marry the naive pretty-young-thing May Welland. Newland’s at the opera, fantasising about how wonderful his upper-crust life is going to be… until his fiance’s beautiful cousin, the Countess Ellen Olenska, shows up, and it all goes straight to hell.


The Countess announces that she wants to divorce her husband, and her family freaks the fuck out. This is the 1870s, after all, so divorce is a very dirty word. Newland, being a lawyer and a friend of the family (a cousin-in-law to be, ahem!), is charged with convincing her to just stay married to the creepy old Polish guy that beat her and locked her in a closet (or something like that, the reasons for the marital discord aren’t made all that clear). Newland manages to convince her, but it’s tough going; he keeps getting distracted by his boner.

When he finally gets his hand off it, he marries May, but (surprise, surprise) he’s fucking miserable. He works up the nerve to leave her, with a view to following the Countess back to Europe, but when he tries to do his “it’s not you, it’s me” speech, May interrupts him and tells him she’s pregnant. And the Countess knows – May told her a couple of weeks ago (even though she “wasn’t sure” – I guess they didn’t have early-detection pee sticks back then?). The implication, and you might have to read it a couple times over to pick it up, is that May suspected the affair all along and magicked up this pregnancy to put an end to it.

Newland pretty much just gives up on life at that point, and anything resembling joy. He settles in for a lifetime of baby-making and boring New York dinner parties. The novel concludes twenty-six years later, after May dies and Newland takes his son to Paris. The kid, completely innocently, had heard that his mother’s cousin lived there, and he arranges for them to pay her a visit – the cousin being… the Countess! But don’t worry, there’s no romantic reunion happily-ever-after bullshit here; Newland is too chicken to see his former paramour, so he just sends his son up to visit while he waits outside. The end.


Wharton later wrote of The Age Of Innocence that it allowed her to escape back to her childhood in America, a world that she believed had been destroyed by the First World War (a fair call, that particular conflict really fucked shit up on a number of levels). Generally, it’s thought to be a story about the struggle to reconcile the old with the new, and Wharton stops just short of landing on one side or the other. In fact, even though it’s dripping with social commentary and satire, Wharton’s book doesn’t outright condemn pre-war New York society. It’s like she recognises its ridiculousness, but wants to reinforce that, well, it wasn’t all bad. Basically she’s saying that the past was just okay, but the present isn’t all get-out either. Seems fair enough, no?

This book really resonated with me in ways I didn’t expect. You’d think we’ve have come so far as a society over the past century that the behaviours and mores of late 19th century New York would be virtually unrecognisable. But take this, for example: the scene where Newland is trying to convince the Countess not to go ahead with her divorce is eerily reminiscent of the remonstrances received by people who came forward as part of the #metoo movement.

“Well, then: is it worth while to risk what may be infinitely disagreeable and painful? Think of the newspapers – their vileness! It’s all stupid and narrow and unjust – but one can’t make over society.”

Plus, there’s a really interesting dichotomy between the two primary female characters (May and the Countess – the latter being a character I once described as one of the best bad women in fiction). Of course, upon its initial publication, reader sentiment was pretty heavily weighted in May’s favour. After all, she was the good little wife, standing by her man and making babies and all that. But in the intervening century, the tables have turned, and now she’s often read as a manipulative bitch who basically trapped a man in a loveless marriage through pregnancy. She’s the woman all the Men’s Rights Activists warn us about. On the other hand, the Countess has become the poster child for The Woman Question and the constraints of gender roles for women in society. To be honest, though, I think they’re both alright; Newland is the one who’s deserving of our disdain, the sooky little fuck-boy…

Anyway, even if you’re not into all this social commentary stuff, The Age Of Innocence is still worth a read, for Wharton’s mastery of the craft of writing alone. Her subtlety, her insight, her cleverness – it’s all sublime. And the story itself isn’t half-bad, if you’re paying close attention. My tl;dr summary is this: a bunch of WASPs in old-timey New York pretend that a bloke isn’t having an affair with his wife’s slutty cousin (even though he very obviously is), and he stays with his wife after he knocks her up (because he’s such a swell guy). It’s a challenging read if you’re used to fast-paced action and sparse prose, but it’s well worth the effort (so much so that I included The Age Of Innocence in my shortlist of Classic Books Worth Reading).

My favourite Amazon reviews of The Age Of Innocence: