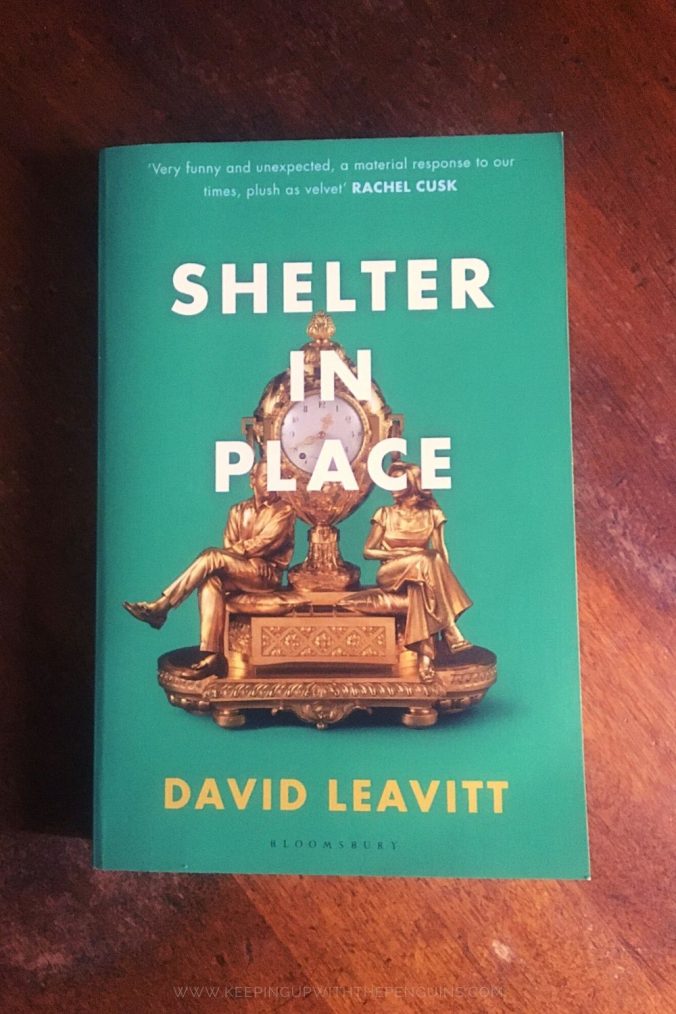 Now that the Trump administration is singing its swan song, it finally feels safe to read fiction about it.

First cab off the rank is Shelter In Place by David Leavitt, kindly sent to me from the amazing team at Bloomsbury.

In the wake of the 2016 election, a group of wealthy white Americans gather at their weekend home to discuss – what else? – what it means for them. Eva is the star around which the rest of the group orbits, and she isn’t going to take the Trump presidency lying down.

In fact, after a brief flirtation with the idea of asking Siri how to plot an assassination, she barrels ahead with her plan to buy an apartment in Venice, an escape hatch in case of emergency.

Shelter In Place has been described as a “comic portrait of the months immediately following the 2016 election”, but I must say I didn’t find it laugh-out-loud funny. It doesn’t quite manage to properly skewer the caricatures of the “elites”, and the satire is a bit too subtle for my taste.

It evokes Edith Wharton’s The Age Of Innocence, with most of the “action” taking place in what the characters say to one another. It could also be likened to Thackeray’s Vanity Fair, in that it is truly “a novel without a hero”.

Still, humour (or lack thereof) aside, it’s a quick and compelling read, one that points to the timely issues of privilege and progressive politics.

The Best Books of 2020: My Reading Year In Review