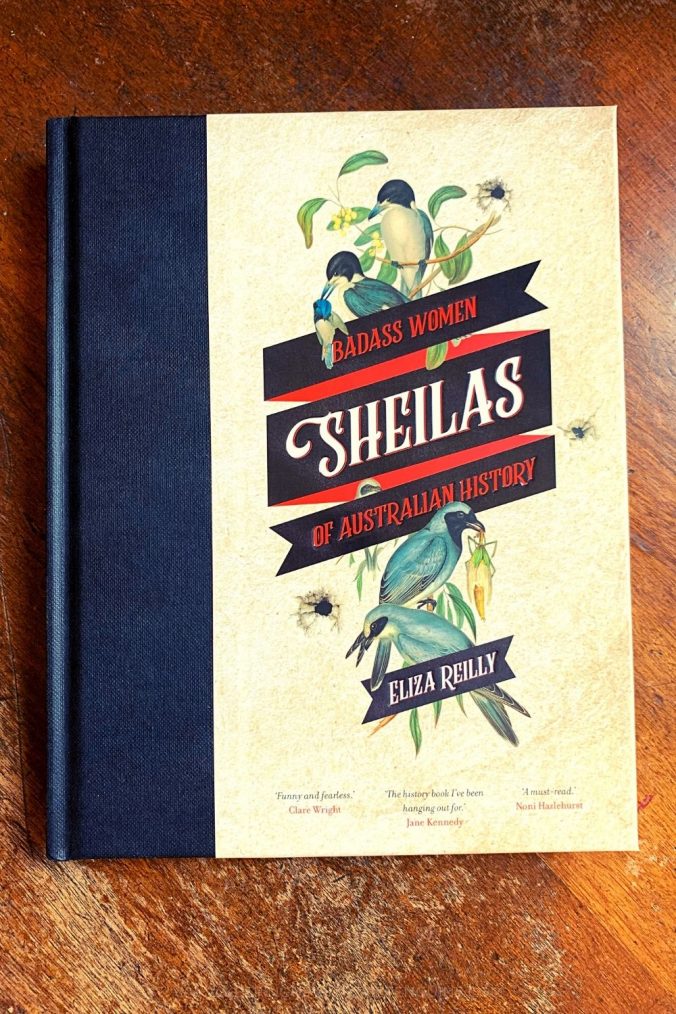 I grew up on PlaySchool, so when Noni Hazlehurst says that a book is a “must read”, I must read it. That’s why I picked up Sheilas, a compendium of the Australian women who blazed trails and smashed ceilings. The wonderful team at Macmillan were kind enough to send me a copy for review.

The book is drawn from the comedy web series of the same name that Eliza Reilly co-created and produced with her sister. Following a rough chronology, from the 1860s to the 1980s, Reilly calls upon a roster of “tough titted ladies who kicked up their petticoats and fly-kicked down the doors of opportunity”.

These women include bushranger and Worimi woman Mary Ann Bugg, undercover journalist and whistleblower Catherine Hay Thomson, and beer-drinking activist Merle Thornton. Out of all the brave and brilliant women in Sheilas, I was already familiar with only one of them – Nazi slayer and the Gestapo’s most-wanted, Nancy Wake. That in itself should be a testament to how important these stories are.

Sheilas isn’t a straight history book. It’s more like Good Night Stories For Rebel Girls, for grown-ups. Reilly incorporates tweets, personal asides and anecdote, and lots of fun trivia. That makes it a quick read, but only a loosely informative one. She maybe tries a smidge too hard to be funny at times, but that’s just my personal taste – she could well have you rolling on the floor.

All told, Sheilas is a great introductory guide to some of the great Australian women who might otherwise be forgotten. Let it be a launchpad for us to learn more about them, and about the oppressive patriarchal structures that have turned our history books into sausage-fests.