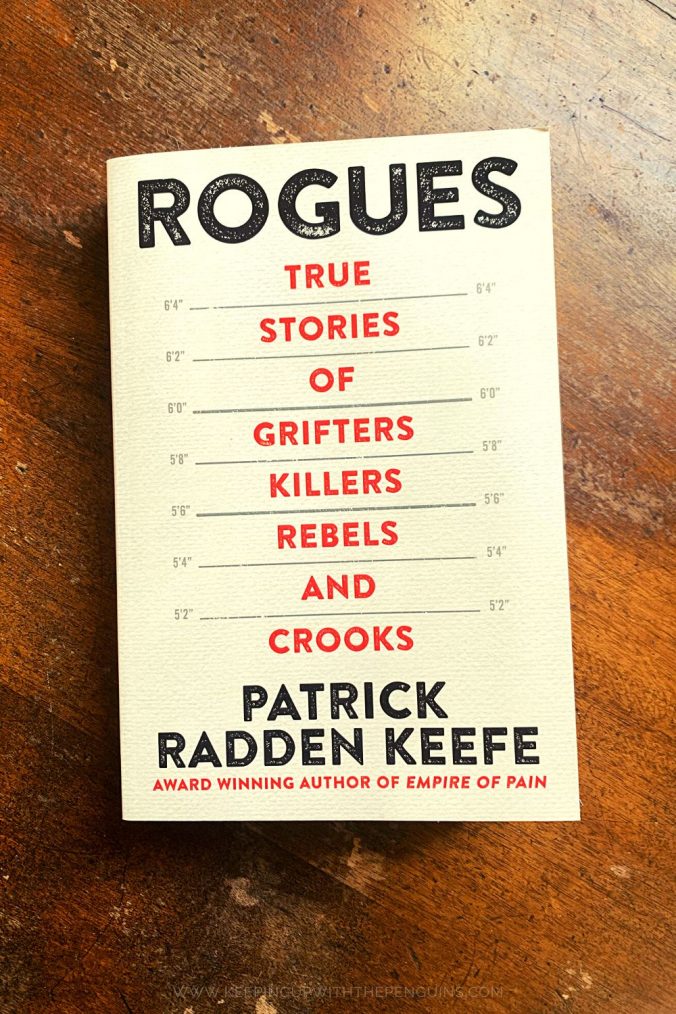 If you loved Say Nothing and Empire Of Pain (like I did), you’ll be overjoyed (as I was) to get your hands on a copy of Rogues, a collection of Patrick Radden Keefe’s most celebrated articles from The New Yorker. Many thanks to the team at Macmillan for sending it to me!

Rogues contains twelve of Keefe’s traditional long-form magazine stories, written over the past decade (and a bit). These delightfully detailed investigative pieces focus on his favourite subjects: “crime and corruption, secrets and lies, the permeable membrane separating licit and illicit worlds, the bonds of family, the power of denial”.

As he says in the preface: “These are wild tales, but they’re all true, each scrupulously fact-checked by my brilliant colleagues at The New Yorker.”

Some of the stories (the story of El Chapo’s escape, a profile of Amy Bishop) will be familiar to you. Others (the billion-dollar fight for Africa’s iron ore, the biggest banking data breach in Switzerland’s history) might have escaped your attention until Keefe put them under his magnifying glass.

Winning – an essay about reality TV producer Mark Burnett’s role in delivering the Trump presidency – is a stand-out, a highlight in a blazing, brilliant collection.

The Worst Of The Worst – a profile of the defense attorney in the capital case of one of the Boston Marathon bombers – was also incredibly moving and thought provoking.

Journeyman – a portrait of Anthony Bourdain – was so desperately sad, in the wake of his death by suicide in 2018.

Honestly, I could talk about the stories in Rogues for hours. Each and every one is masterfully crafted, perfectly balanced, and totally gripping.