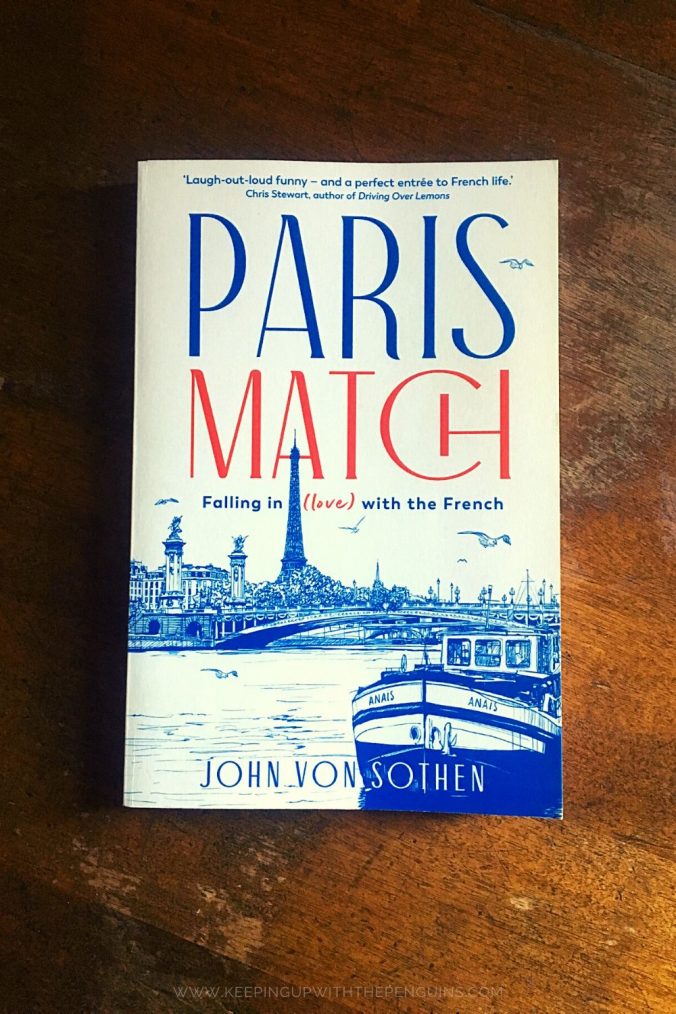 The American-man-abroad (and specifically the American-man-in-Paris) memoir is well-trod ground, to say the least. John Von Sothern enters a pretty saturated market with his new book, Paris Match.

Still, even though David Sedaris and his ilk have set the bar pretty damn high, I couldn’t resist giving this one a go. The New York Times Book Review called it the “Holiday Book Of The Year”, after all, and I always get a kick out of tales of culture-shock and things lost in translation. The wonderful team at Profile Books (via Allen and Unwin) were kind enough to send me a copy for review.

It all begins with Von Sothern falling in love with a French waitress. With a bun in the oven, marriage on the horizon (“Bah, we can always get divorced!” she says, to warm his cold feet), and the events of September 11 hanging over their heads, they move to her native Paris to begin their new lives.

He struggles to assimilate, but he turns those struggles into (mostly) hilarious anecdotes and insights for our enjoyment. The chapter that had me in stitches – knee-slapping, snort-laughing stitches – was “Wesh We Can”, about his fumbling attempts to make himself understood in French, absolutely the highlight of this generally charming book.