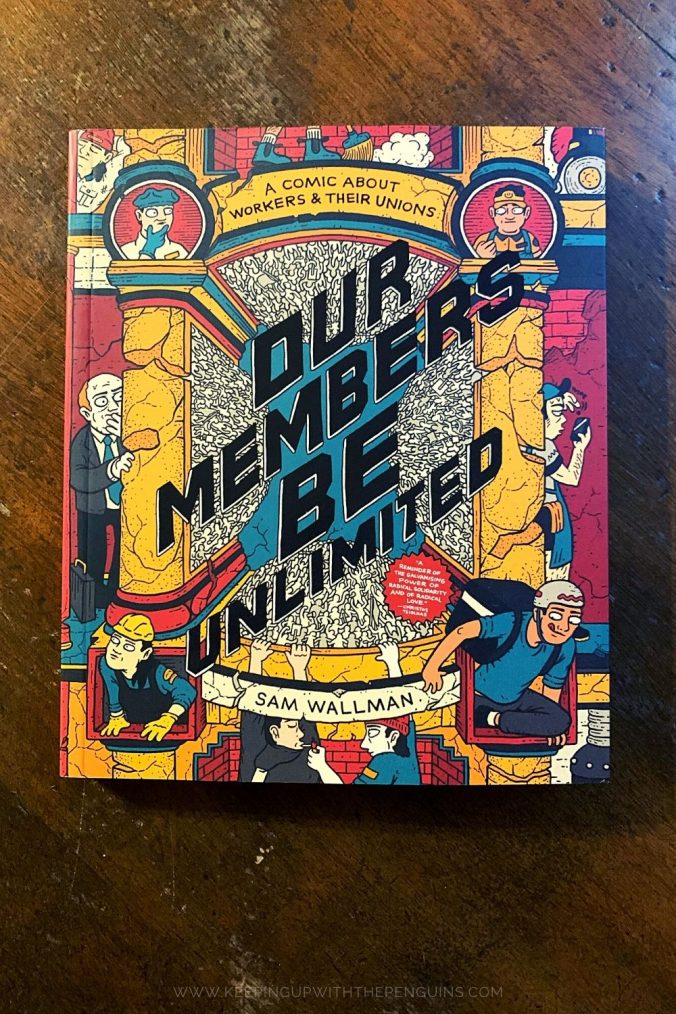 Our Members Be Unlimited – Sam Wallman

“Our Members Be Unlimited is a beautiful and often moving guide to union organising that’s in touch with the reality of work today,” according to Bhaskar Sunkara (the founding editor of Jacobin magazine), and I can’t come up with a better way to describe it myself. I was lucky enough to receive a copy from the publisher Scribe for review.

Sam Wallman is a comic artist/cartoonist and committed unionist, so clearly Our Members Be Unlimited combines his two great loves. He describes it as “a longform comic book informed by [his] time working as an elected delegate in a call centre, as an organiser for a lare blue collar union, and as an undercover union activist at Australia’s first Amazon warehouse.”

The latter aspect of his experience is detailed most in Our Members Be Unlimited, but thankfully it doesn’t seem to have been quite as horrific for Wallman as it has been for his comrades in the United States (he never had to pee in a bottle… though he did pee into a urine bag strapped to his leg).

Mostly, though, Our Members Be Unlimited focuses on the history of unions, what we owe them and why we need them. It’s shocking, at times, but mostly encouraging. Wallman works from the thesis that work needn’t be the most miserable part of our lives, and while workers’ collective action is as subject to pitfalls as any other movement, it’s still the most powerful tool at our disposal to improve our lives under capitalism.

And don’t skip the glossary in the Appendix! I considered myself fairly well-versed in union lingo, and even I learned a lot (and got a few lol’s into the bargain). Our Members Is Unlimited‘s fun format and beautiful rendering belies the significance of its subject – a must-read for fans and followers of Jorts The Cat.