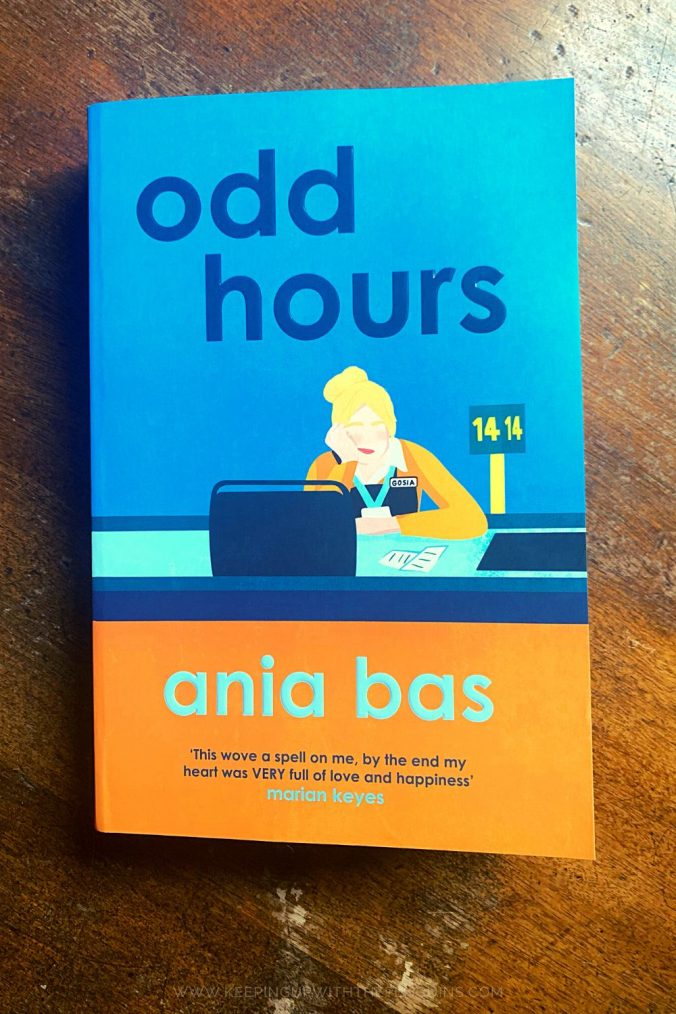 There’s been no shortage of quirky protagonists in recent years, but Gosia in Odd Hours is a different breed. She’s like the Polish love-child of an Ottessa Moshfegh character and a Fredrik Backman character, with a little of a Gail Honeyman character thrown in.

If you’re intrigued, you’re not alone – I was, too. That’s why I was so happy that Welbeck (via Allen & Unwin) sent me a copy of Odd Hours for review.

Gosia has “problems with intimacy” (to put it politely). She’s sneaky and self-defeating, not to mention a borderline stalker, but she’s also strangely endearing and fascinating to read about. I wouldn’t want to live with her (she reads her housemate’s diary, and takes passive aggression to new extremes) but she makes for a really compelling character.

In Odd Hours, Gosia works her way through a series of odd jobs, lousy dates, and family dramas. Each chapter begins with a description of the setting – a chain supermarket, a council library, a dated family kitchen – which gives it the vibe of a play and frames the scene to come. Her problems gradually cross-pollute and multiply until it all comes crashing down around her.

The dark, wry humour keeps Odd Hours entertaining, rather than wearisome, but it’s far from a light-hearted rom-com. It lives up to the blurb’s promise of “a razor-sharp social comedy about human connection”. The plot builds to an unconventionally happy ending that will delight odd ducks everywhere.