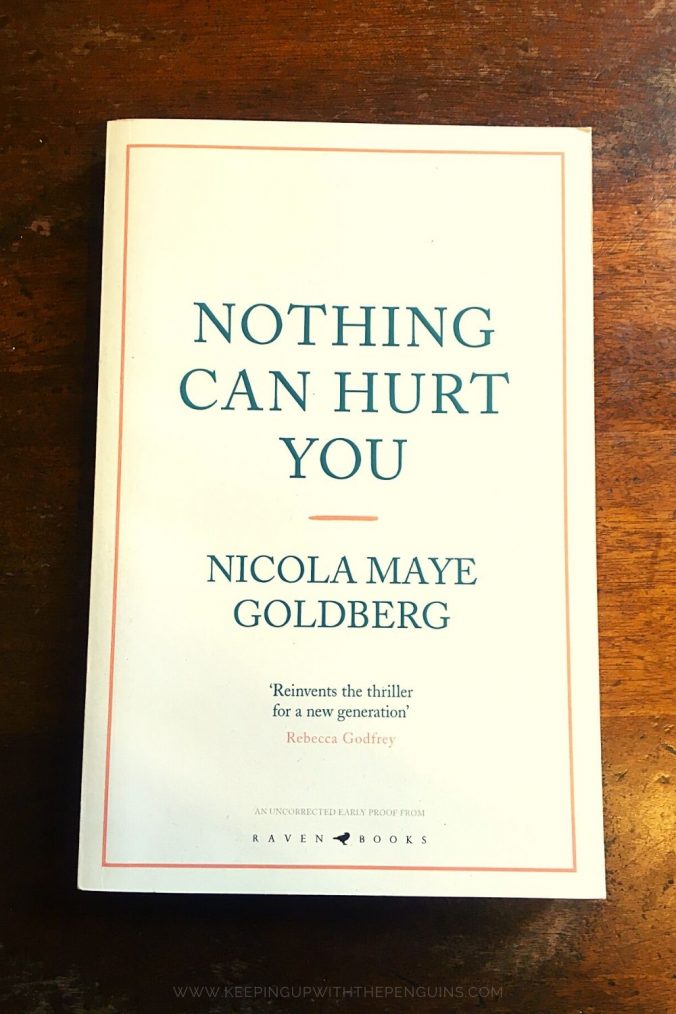 Nothing Can Hurt You – Nicola Maye Goldberg

Nothing Can Hurt You starts where just about every thriller starts nowadays: a dead girl, brutally murdered, in the woods.

Nicola Maye Goldberg sets out to do something different, though, a deliberate reinvention (some are saying subversion) of the “dead girl” trope.

Instead of a hard-drinking cop playing cat-and-mouse with a serial killer before he strikes again, the story unfolds through the perspectives (one per chapter, like self-contained short stories) of people peripherally or directly affected by the murder: the woman who finds the body, a school friend, a crime reporter, a fellow patient at the perpetrator’s rehab clinic…

You know whodunnit right from the start (Blake, the victim’s boyfriend, in a state of psychosis). There’s no shock twists or big reveals to come. Instead, the story follows the ripple effects of a momentous act, and in so doing reveals how gender-based violence exists in our day-to-day lives.

This is a thriller for the #MeToo era, one that examines how and why male killers become celebrities while female victims are forgotten. My eternal gratitude to the team at Raven Books for sending this one through for review!

Must-Read Authors For Every Letter Of The Alphabet