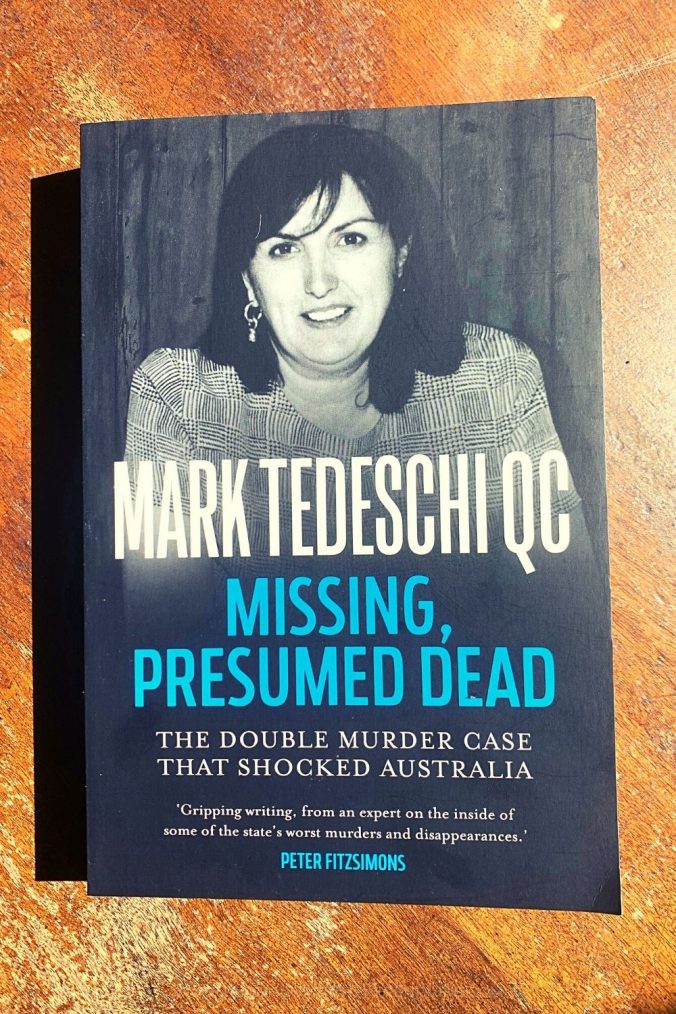 Dorothy Davis and Kerry Whelan came from opposite sides of Sydney. They were both (very) comfortably middle class, but other than that they had little in common. They ran in different circles, they had different hobbies, they never met. So, how did they both vanish without a trace, never to be seen again? Mark Tedeschi’s new book, Missing, Presumed Dead, unspools this tangled web.

At first, I was a little worried about the true crime cliches that Missing, Presumed Dead seemed to play on. The blurb is at pains to point out that the women weren’t hitchhikers or drug dealers (as though that might have made their disappearances more acceptable), they were white and well-off, and in case you had any doubts, there are pages of photographs in the glossy inserts.

But, then I saw that proceeds from Missing, Presumed Dead will be donated to organisations that support families of missing persons and victims of crime. Tedeschi also provides some important context to his emphasis on the victim’s characteristics in-text. On the whole, my concerns were allayed.

Tedeschi was the Crown Prosecutor in both cases, so he’s able to provide a lot of insight into the machinations of the criminal justice system. Even where the cases are high-profile, as these were, the cogs spin s l o w l y. He manages to dispel a lot of myths, like the assumption that a solid case can’t be built on circumstantial evidence, or that the absence of a body means a perpetrator can’t be convicted of homicide.

A decent chunk of Missing, Presumed Dead is made up of extracts from Tedeschi’s addresses to the jury, and this was what I found most interesting (other parts relied a little too heavily on speculation for my taste). It was fascinating to see how prosecutors speak and present complex evidence to laypeople, and why they make the choices they do in how they argue a case.

Even though the ending was a bit of a bummer, Missing, Presumed Dead was a really interesting read. I’m very grateful to Simon & Schuster and the folks at DMCPR Media for sending me a copy for review.