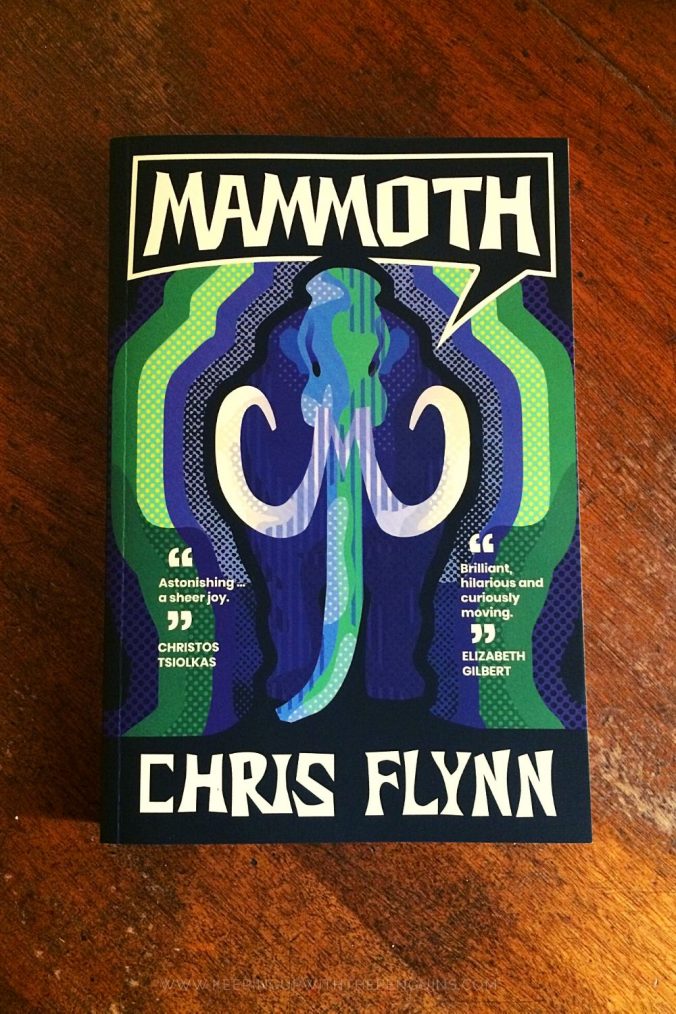 Having just read his new release, Mammoth (sent to me by the fine folks at UQP), I’d imagine author Chris Flynn gets one question more than any other: “Mate, how the heck do you even come up with something like that?”.

The premise is bold, ludicrous even: thirteen thousand odd years of natural history narrated by the fossil of an American mammoth (Mammut americanum, though he goes by Mammut). It sounds like it couldn’t work, it shouldn’t work… but it does.

On the night before the New York Natural History Auction in 2007, Mammut tells the (startlingly accurate) story of his life, death, and resurrection as a fossil. He’s been bandied about across the world for centuries by humans, “hominids”, to their own (often nefarious) ends.

Through this unique perspective, Flynn is able to draw our attention to the entrenched racism and sexism that has underwritten our understanding of natural history, not to mention the inherent problems of turning nature into a spectacle in the name of capitalism, but miraculously the tone is never preachy or demoralising. In fact, this is a warm, charming, disarming, and funny book.

Mammoth reads as if Bill Bryson turned his hand to writing fiction. It’s one for the eco-conscious and sentimental among us, who are (clearly) in dire need of a good laugh and a bit of optimism about the state of the world.

7 Books That Changed My Life