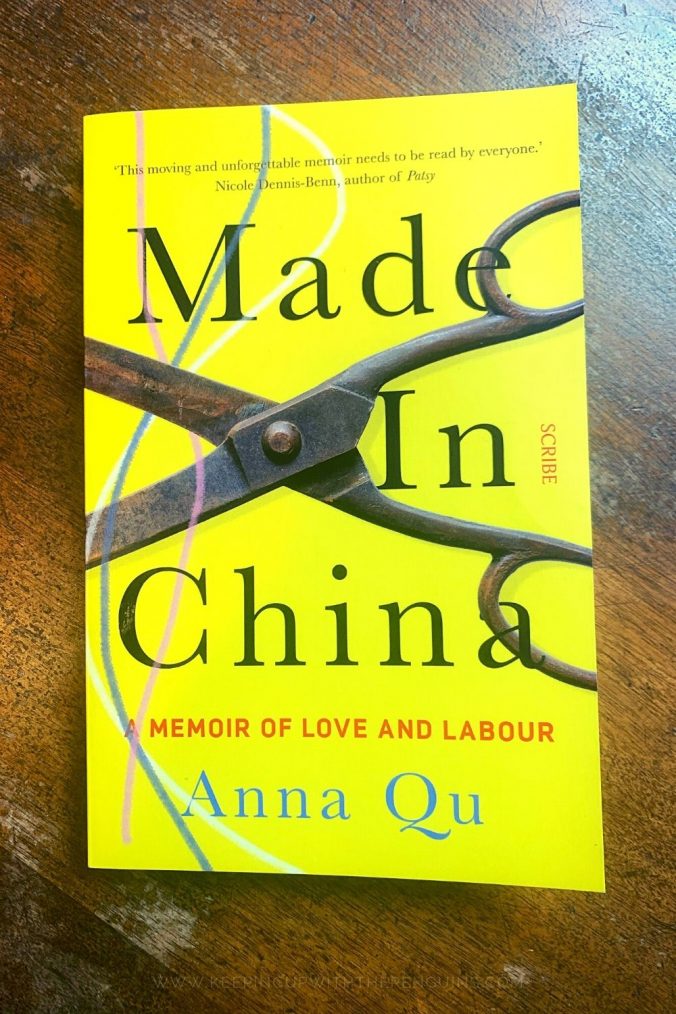 When Anna Qu was a child, her mother left her in China for years to start a new life in America. When she finally brought Anna to join her, it was far from the American Dream she had imagined.

Made In China is Anna Qu’s debut memoir, an account of her childhood of rejection and exploitation. The wonderful team at Scribe were kind enough to send me a copy for review.

Upon arriving in the States, Anna found that she didn’t fit in with her new American family, and they didn’t particularly want her to. She was put to work as their maid, and in their Queens sweatshop, until the pressure became too much and she was forced to forge an independent new life. Unfortunately, the pattern of insecurity and disillusionment followed her into adulthood.

What really drew me to Made In China was the fact that Anna reported her abuse, and her family was investigated by the Office of Children and Family Services. Twenty years later, she requested a copy of the case report, and the picture it painted was very different to the one she remembered – the impetus for writing her memoir.

What begins as a straightforward account of her recollections (with a slightly wonky chronology, skipping back and forth, as memory often does) finally develops into something deeper in the last 40 or so pages, where Anna begins to honour the complexity of her upbringing and contextualise the trauma she endured.

Made In China is Educated meets In Order To Live, and I’d definitely recommend it to anyone who enjoyed those memoirs.