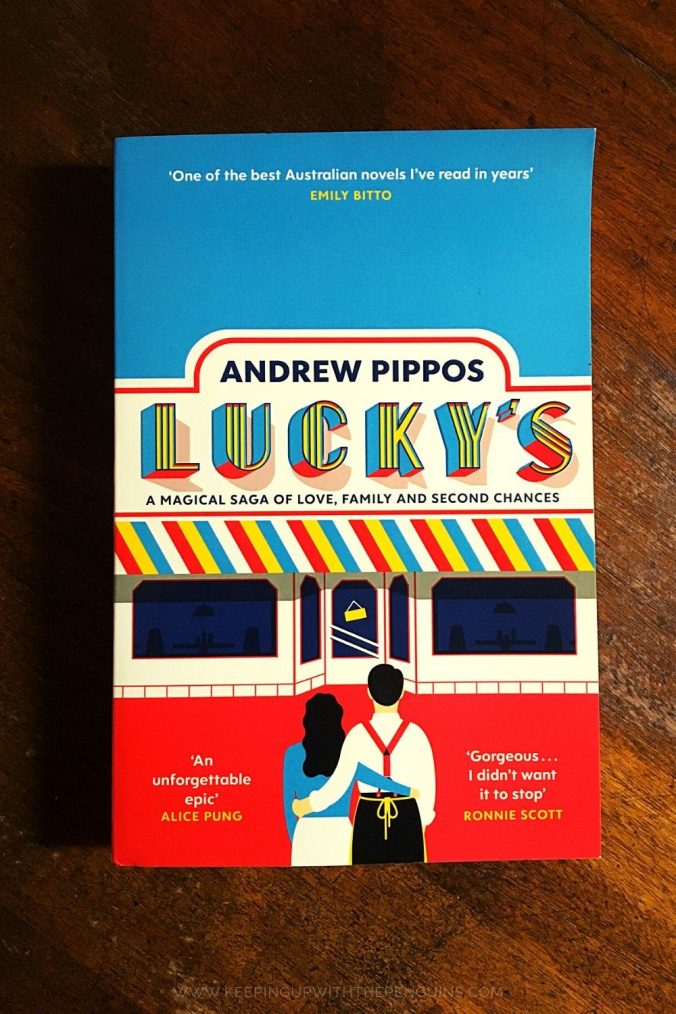 The “Aussie battler” has many faces in Australian literature. In Lucky’s, a multi-generational saga by debut novelist Andrew Pippos, it looks like a man called Lucky, a formerly-successful restaurateur with a story to tell and an axe to grind.

Emily, a journalist whose life is falling apart, flies across the world to interview Lucky in 2002. The story stretches all the way back to 1945, when Lucky was young and it was all just beginning.

Lucky’s is a uniquely Australian story, filled with instantly-recognisable geography and cultural references that will resonate across generations. The amazing team at Macmillan Australia were kind enough to send me a copy for review.

This charming novel draws on Pippos’s childhood (having grown up in a noisy, loving family on the floor of a Greek-Australian cafe). That said, I’m impressed with the way he has delicately balanced the ring of authenticity without pouring too much of his own life into the mix, as debut novelists are wont to do.

It was refreshing to read an Australian story that reflected the epic stories of European literature, with characters weaving in and out and the ripple effects of love, luck, and rash decisions explored in full.