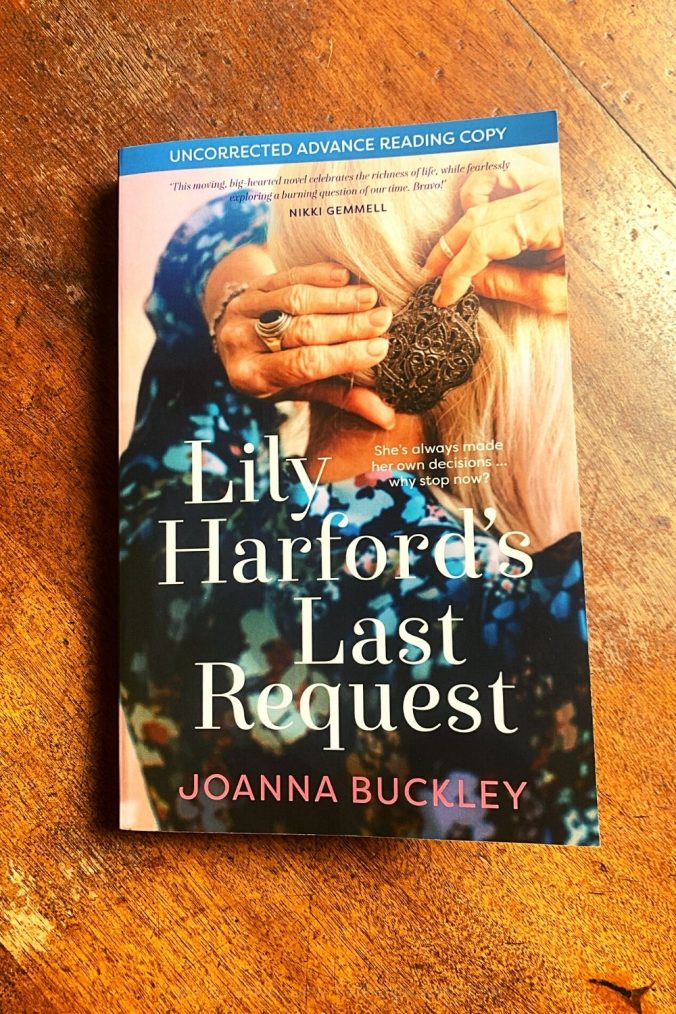 Joanna Buckley chose a lofty goal for her debut novel. The Australian author “wanted to write a book that would highlight, and encourage readers to discuss and debate, the fraught topic of assisted dying”, according to her author’s note. My friends at Harlequin HQ (HarperCollins) were kind enough to send me a copy for review.

Lily Harford’s Last Request renders the long life and final days of the titular character, Lily Harford. The story circles around her move into an assisted living facility, and her decline into vascular dementia, alongside the various other ills that come with aging.

Her perspective is shared with that of her daughter, a middle-aged school principal with a lot on her mind, and a nurse’s aide, who draws a lot of meaning from her work in aged care.

Fearing a similar mental decline to that experienced by her father, with a traumatic end, Lily begins asking others to help her end her life on her own terms.

Clearly, this story is trigger-heavy, for anyone with sore spots around ageing, dementia, and assisted dying. The opening scene, depicting Lily’s imminent death by means of smothering, is particularly confronting.

While I appreciated Buckley’s choice of subject, and warmed to the nature of the characters she crafted, Lily Harford’s Last Request fell a bit short for me. The dialogue was often stilted, exposition-heavy and unrealistic, and the “twist” ending was all too foreseeable.

This one would resonate, though, for fans of Still Alice. Even though it wasn’t for me, I hope it does indeed encourage more open conversations about assisted dying and the options that are (or should be) available to those who wish to control their own death.