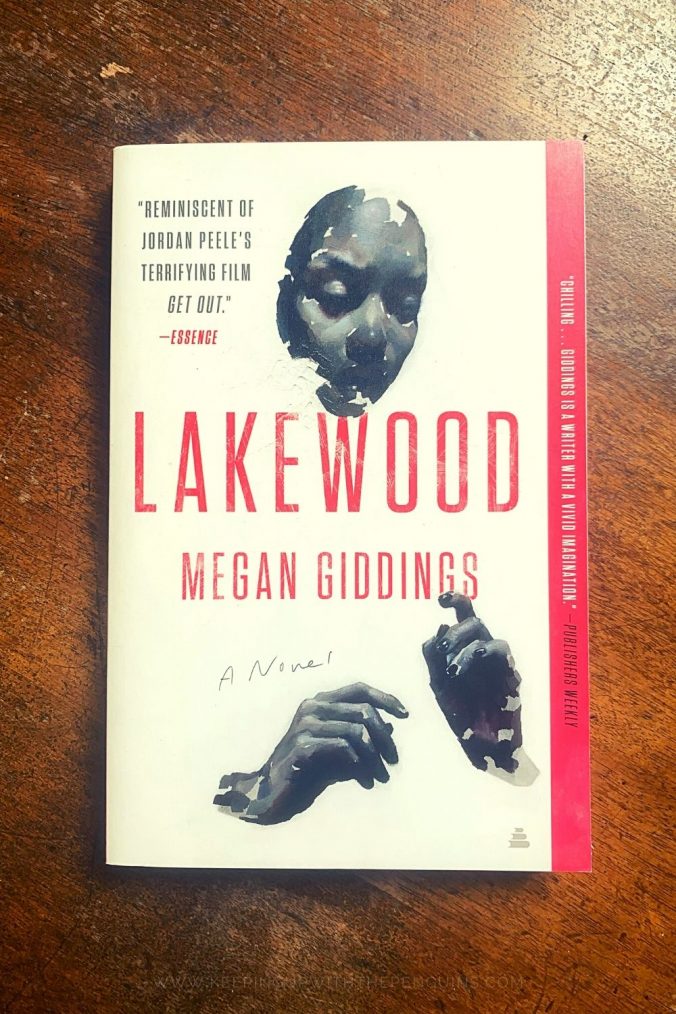 Here’s yet another book I discovered thanks to The To Read List Podcast: Lakewood, the debut body horror novel by Megan Giddings. If a mix of The Handmaid’s Tale and The Immortal Life Of Henrietta Lacks (with Get Out and Black Mirror vibes) appeals to you, you’re going to want to give this one a go.

Lakewood begins with Lena Johnson, a Black millennial woman, mourning the passing of her beloved grandmother and staring into a financial abyss. Lena’s mother is unwell with a series of mysterious symptoms that come and go, and medical treatment in the U.S. is… well, we all know what it is. Plus, amongst Lena’s grandmother’s belongings are a stack of bills that are way past due. Lena is forced to drop out of college, and seek any opportunity to make money – fast.

The answer to Lena’s problems comes in the form of a letter from Lakewood, Michigan. That’s the location of a research program testing new drugs and therapies. They invite Lena to become one of their test subjects, a position that comes with medical insurance for her whole family, free housing, and a generous stipend. Of course, it also means a loss of privacy, great personal risk, and the penalties of a terrifying NDA at stake… but if it saves her mother and gets her family out of debt, it’s worth it, right?

An invitation to participate in a series of research studies about mind, memory, personality, and perception. The Lakewood Project.

A job offer that seems too good to be true! Are your spidey senses tingling yet? They should be. Lakewood is about to get fucked up.

It turns out these experiments aren’t anything that would hold up to any kind of ethics review panel. This isn’t filling out a Myers-Briggs or rating the taste of a new coating on a baby aspirin. They give Lena eye-drops that turn her brown irises blue. They feed her with cream capsules that are supposed to replace food and leave her starving. They make her take medication that could be a cure for dementia, but loosens her grip on reality.

All of this is told from a close third-person perspective in the first half of Lakewood. The second half switches to an epistolary style, telling the remainder of the story through a series of letters that Lena writes to her best friend Tanya, describing what is being done to her. The switch to the first-person account makes the whole thing more chilling.

Actually, Lakewood is scary on two different levels. First, there’s the all-too-real commentary on how science has abused and exploited Black bodies. Giddings draws openly on the Tuskegee studies and other such real-life examples. She uses what happens to Lena as a diorama of the trauma underpinning distrust of medicine in minority communities. It’s not subtle, but it doesn’t have to be.

But Giddings – in a masterstroke – manages to scare us another way, as well.

See, the horror isn’t just what’s being done to Lena’s body. The truly fucked-up bit is what they do to her mind. She quickly realises that she can no longer trust her own memories, and she can no longer be sure what is “experiment” and what is “reality”. Did she really spend a night at a bar being told that her newly blue eyes were beautiful, or was that part of the experiment? What about the woman in the bathroom who told her that “Toni Morrison would be ashamed”? Was an observer gauging her reaction to that?

At first, Lakewood feels like a novel grounded in our own reality as readers. But as the experiments go on, and become more surreal, we’re drawn into a speculative world almost without realising. We lose track of what is real and what is not – much the same way as the main character does. In that way, our experience reading Lakewood mirrors Lena’s living it.

So, what I’m saying is that Giddings is very, very clever. The fact that she developed this complex premise right out the gate, for her debut novel, is very, very, impressive. There were a few unanswered questions (like, who was funding these studies?) and the prose didn’t always shine, but on the whole, an amazing effort. I think Giddings is going to have a writing career to watch.

Want to read more? Check out my review of The Women Could Fly, also by Megan Giddings, here.

My favourite Amazon reviews of Lakewood:

Where You Left Us – Rhiannon Wilde