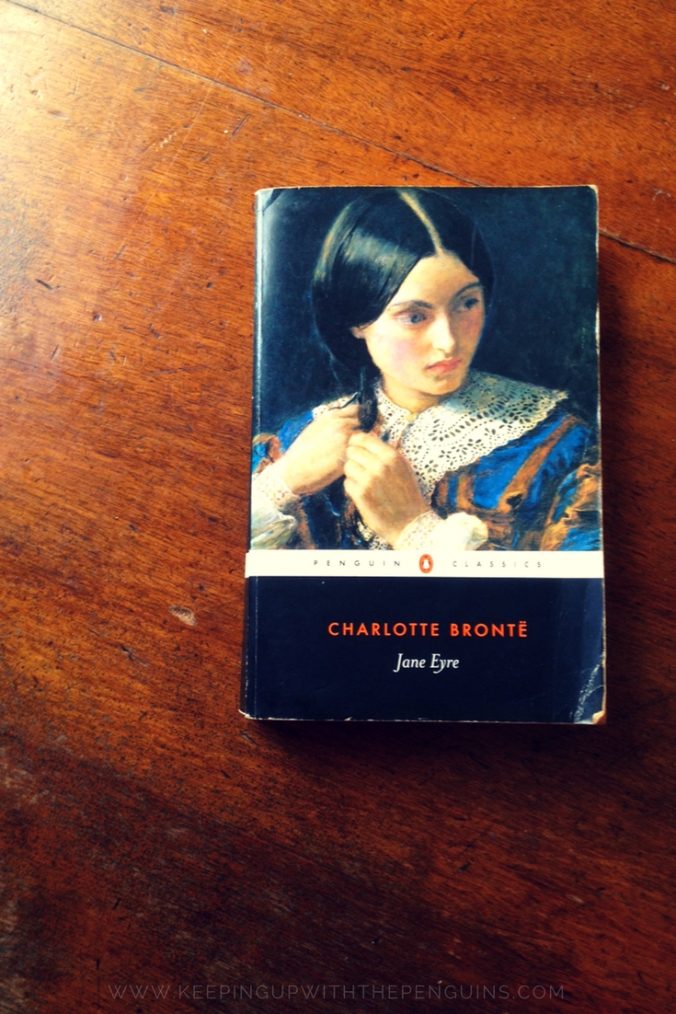 There was no possibility of picking up another treatise on how tough it is to be a white man that day… (without driving myself completely bonkers). That’s how I came to read Jane Eyre.

Charlotte Brontë’s masterpiece was originally published in 1847 under the title Jane Eyre: An Autobiography and “edited” under the pen name Currer Bell. All of the Brontë sisters took on gender-ambiguous noms de plume, assuming (quite rightly, it turned out) that literature written by women wouldn’t get a fair shake.

Charlotte was once told by Robert Southey that “literature cannot be the business of a woman’s life: and it ought not to be”. Firstly, fuck that guy. Secondly, I’m glad Charlotte didn’t listen to him, because her shit is brilliant.

Charlotte was, as you’ve probably guessed, the older sister to Emily Brontë (I reviewed Wuthering Heights a little while back). Emily gets all of the love and accolades, but it was Charlotte that truly revolutionised the art of first-person fiction (i.e., she was the first to really write about what was going on in people’s heads). She has been called “the first historian of private consciousness”, and her influence can be seen in the work of dudes like Proust and Joyce. She internalised the action the way that no one before her could, and was one of the first to explore classism, sexuality, religion, and feminism in the way we do today. So, when it comes to the Brontë sibling rivalry, I’m going in to bat for Charlotte.

By the way, if I sound at all like I know what I’m talking about, it’s because the introduction to this edition is off the chain. It’s insightful, helpful, and intelligent – without going over your head. Plus, I just fucking loved Jane Eyre. I absorbed the book like a brand-new sponge baptised in bathwater.

When Jane Eyre begins, Jane – the main character, duh – is ten years old, her parents are dead, and she has been sent to live with her nice, rich uncle… but he dies too, so she’s raised by her evil stepmother, alongside her three bratty cousins. Life’s pretty terrible for Jane, but it is beautifully written.

I tend to feel pretty disconnected from literature of this period (as a lot of would-be bookworms do); I don’t understand the language, the imagery, the style, and the metaphor. All of it seems anchored in a context that I don’t know enough about to fully comprehend… but not so with Jane! I was immediately immersed in her world. She feels everything so keenly, and passion drips from every word – I mean, she’s a very intense girl, but Charlotte Brontë is artful enough to keep it from sliding into melodramatics. It’s everything that My Brilliant Career should have been.

Anyway, Jane winds up in a boarding school, and the drama doesn’t stop: she’s pretty mercilessly bullied for a while, the girls are all kinds of weird, and her first best friend Helen Burns dies of tuberculosis. This is where we first see Brontë really draw from her own life (I should do a shot every time an author in this project “writes what they know”). Helen’s death eerily mirrors the deaths of Brontë’s own younger sisters: Elizabeth and Maria Brontë both died of tuberculosis in childhood, as a result of the conditions at their school. So this whole section of the plot is basically Charlotte saying a big ol’ “fuck you” to so-called charitable institutions.

When Jane is done with school, she is transferred to the Thornfield mansion, and introduced to her new master Mr Rochester. Now, here’s what you’ve got to understand: I didn’t really like Rochester much, mostly because he constantly talks over and down to Jane, and he’s basically just a pompous, self-absorbed fuckboy of the highest order… but I found the initial flirtations between he and Jane very romantic. I really wanted to be a keener, more critical feminist, but this shit had me all aflutter. I’m pretty confident that every strong, independent woman who has had the misfortune of falling in love with a man can relate.

The saving grace is that Jane Eyre is a blatant proto-feminist call to arms. Brontë doesn’t even try to hide it in layers of metaphor, like so many other writers of the time. She literally tells us, through Jane, that she thinks women are equal to men and it is absolute bullshit that they aren’t treated as such.

She was so woke for her time that it confused the hell out of critics. One Ms Elizabeth Rigby wrote, in her “scathing” review, that “no woman trusses game and garnishes dessert dishes with the same hands, or talks of doing so in the same breath” and as such Jane Eyre must have been written by a man… or, at least, by a woman “so depraved as to have long forfeited the society of her own sex”.

Fuck yes, Charlotte Brontë, fuck yes! Troll reviews like that are how you know you’re on the right track.

It’s true that – panty-dropping for Rochester aside – Jane is a bad bitch. She fawns over him privately, sure, but in his company she makes every show of having no time for his bullshit. On the eve of their engagement, she says:

“Here I heard myself apostrophized as a ‘hard little thing’; and it was added ‘any other woman would have been melted to marrow hearing such stanzas crooned in her praise.’

I assured him that I was naturally hard – very flinty, and that he would often find me so; and that, moreover, I was determined to show him divers[e] rugged points in my character before the ensuing four weeks [engagement] elapsed: he should know fully what sort of bargain he had made, while there was yet time to rescind it.”

… and she proceeds to torture him mercilessly every damn day. Jane Eyre was the Lemonade of its time.

If you’re tempted to roll your eyes, stop and think about it: this was a really scathing commentary on class and gender roles back in the day. Of course it wasn’t perfect – Jane doesn’t exactly call Rochester out on his treatment of his “savage Creole” wife that he hid in the attic, and there’s more than a few moments of superiority and white-saviourism – but it’s hardly fair to put a 21st century head on Charlotte Brontë’s shoulders. As it stands, in her own context, she was a true radical.

And lest this talk of radical feminism scare you off, you should know that Jane Eyre is still fucking hilarious. You wouldn’t call it a “comedy” per se, but I literally laughed out loud countless times. Jane is so witty and dry and clever – maybe a touch too earnest and self-deprecating at times, but it’s endearing. Shit like this had me in hysterics:

“‘No sight so sad as that of a naughty child,’ he began, ‘especially a naughty little girl. Do you know where the wicked go after death?’

‘They go to hell,’ was my ready and orthodox answer.

‘And what is hell? Can you tell me that?’

‘And should you like to fall into that pit, and to be burning there for ever?’

‘What must you do to avoid it?’

I deliberated a moment: my answer, when it did come, was objectionable: ‘I must keep in good health, and not die.'”

Jane Eyre is an amazing exposition of the patriarchal and class constraints experienced by a clever, funny (white) woman over the course of a decade in the 19th century. The hot romance will make you feel like a bad feminist, but just go with it. Jane Eyre is absolutely teeming with redeeming qualities, and highly recommended by Keeping Up With The Penguins (and, as we all know, there is no higher praise than that!).

Note: I loved Jane Eyre SO MUCH that it made the cut for my official shortlist of Classic Books Worth Reading here.