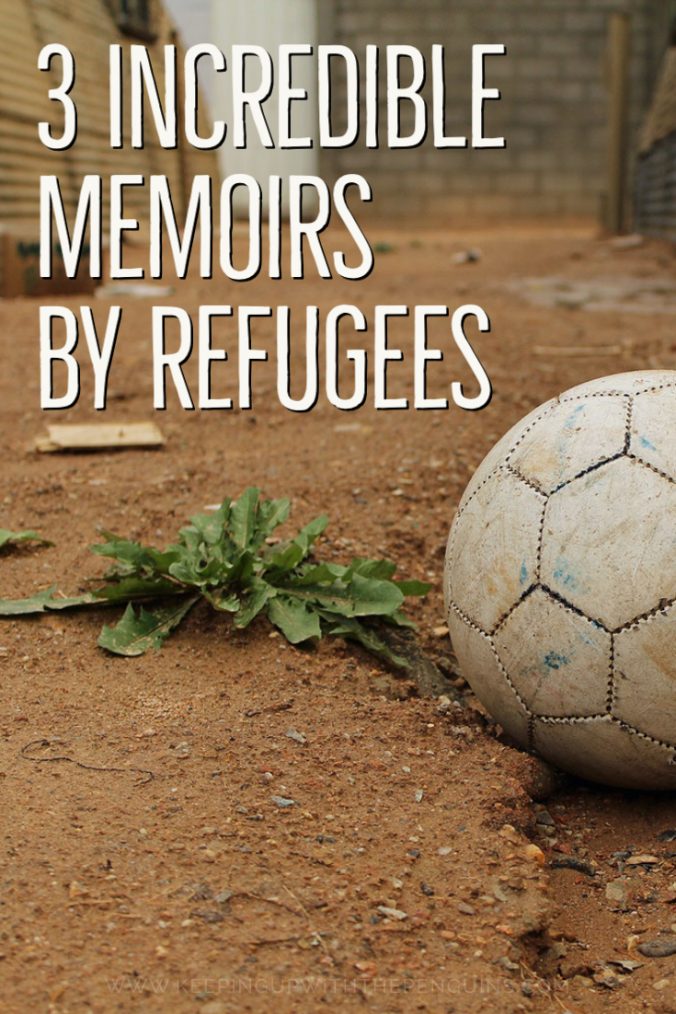 I could write a thesis on all the ways in which media coverage of refugees and asylum seekers is fucked up. Unless you make an effort to seek out accurate information and empathic reporting, you’re likely to assume that an “invading hoard” of money-hungry manipulators is beating down your door. Nothing could be further from the truth. The best way to find the truth, in my experience, is to go right to the source. These three incredible memoirs by refugees will give you just a small glimpse into the vast array of refugee experiences, and the myriad reasons a person or family might seek safety and freedom so far away from their own homes.

The Happiest Refugee by Anh Do

Anh Do is best known to most Australians as a comedian, artist, and television personality – but before he was any of those things, he was one of those much-maligned and unfairly-feared “boat people”. He almost didn’t make it to Australia at all. His entire family came close to losing their lives as they escaped from war-torn Vietnam in an overcrowded boat. They were attacked by two different bands of pirates who stole their engines, their jewellery, and pretty much everything else worth taking. One oddly benevolent pirate in the second crew threw a gallon of water on board as they were leaving, which was all that saved the family from dehydration. They were eventually rescued by a German merchant ship and made their way to Australia, but that’s only the beginning of the story Do tells in The Happiest Refugee.

With only elbow-grease and grim determination, Do’s family managed to forge a life for themselves here, and despite the obstacles and the set-backs, Do became a disarmingly positive force for good in the hearts and living rooms of millions. He’s now raising a happy family with his wonderful wife, a million miles away from the life of poverty and peril that surely awaited him in post-war Vietnam. “I’ve always found that if you apply yourself at the right time with the right intensity, you can accomplish just about anything,” he says on page 113. Read my full review of The Happiest Refugee here.

Behrouz Boochani’s story of seeking asylum and resultant indefinite incarceration is (to our great shame) a definitively Australian story. Boochani is happily and safely settled in New Zealand now, but at the time of writing No Friend But The Mountains (entirely via WhatsApp messages, on a smuggled smart phone, to his translator Omid Tofighian) he was detained on Manus Island, an “offshore detention centre” (i.e., prison) for refugees who come to Australia by boat.

Boochani was a journalist facing persecution in his home country, and came to our shores seeking help (we’ve “boundless plains to share”, after all). Instead, he found himself trapped on a tiny island in the middle of nowhere, desperate and hungry and angry. He wrote this book, a lyrical memoir slash exposé slash work of critical theory and philosophy, to bring the forgotten story of the men of Manus prison to the world. He became our eyes in the dark, where our government has forbidden cameras and reporters (aside from the ones they imprison, clearly). This book is moving and empowering; I don’t know how it’s possible to finish it without finding a fire lit inside of you.

Yeonmi Park was born in North Korea, the Hermit Kingdom, in 1993. She was raised there, her family forced to black-market smuggling just to earn enough to feed themselves. When she was thirteen, she and her mother managed to escape into China, only to find themselves in the hands of human traffickers, and a whole new ordeal began. In Order To Live is her story of survival and endurance, how she fought for the basic freedoms that most of us wouldn’t think twice about in our day-to-day lives.

The picture Park paints of life in mid-90s North Korea is dire. Despite what their propaganda channels would have the world believe, starvation, disease, and desperation ran rampant. Park’s journey to China is harrowing, the relief she feels at the sight of a full bowl of rice palpable, and the realisation that more battles lay ahead truly horrifying. When she finally reached South Korea, the very basic essentials for life provided to her by the relatively philanthropic government were hardly enough to even the playing field. Your heart will break for Park, and the thousands of others who have died in the pursuit of what she found on the other side of the fence. Read my full review of In Order To Live here.

In Order To Live – Yeonmi Park