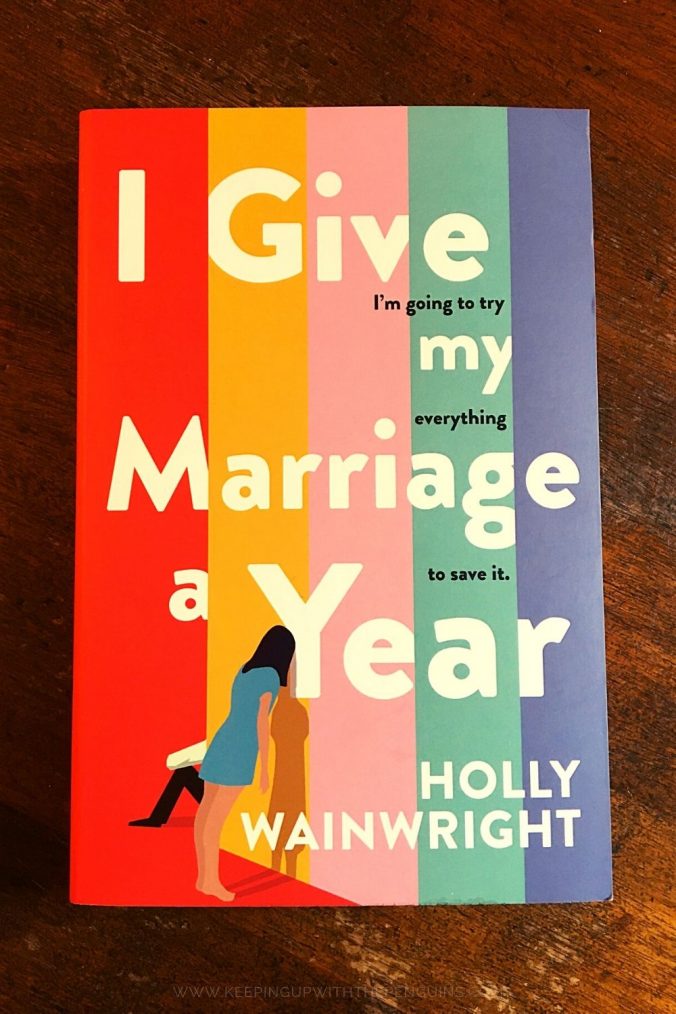 How far would you go to save your marriage? That’s the question facing Lou on New Year’s Day as she weighs up whether to leave or stay with Josh, her husband of fourteen years.

She sets herself a deadline, one year from that day, to make up her mind.

That’s the premise of Holly Wainwright’s third novel, I Give My Marriage A Year (kindly sent to me by the folks at Macmillan for review). The year unfolds between Lou and Josh’s alternating perspectives, with much wistful recollection (i.e., painfully nostalgic exposition) of how they met and fell in love to begin with.

I’m sorry to say I didn’t enjoy I Give My Marriage A Year; in fact, I found myself struggling to care about it or its characters at all. It lacked the passion of Sally Rooney, the sharp perception of Charlotte Wood, and the suspense of Liane Moriarty – without those, there’s not much left.

Wainwright tried her best to tell a “relatable” story, and unfortunately ended up hashing over very worn ground: a white, middle-class couple with kids, the wife underappreciated, the husband’s masculinity threatened. I found myself wishing desperately that one or both of them would shit or get off the pot.

In fairness, this book is probably aimed at an older crowd, and I’m sure many other readers will enjoy it… but it’s not a stand-out, and it’s not for me.