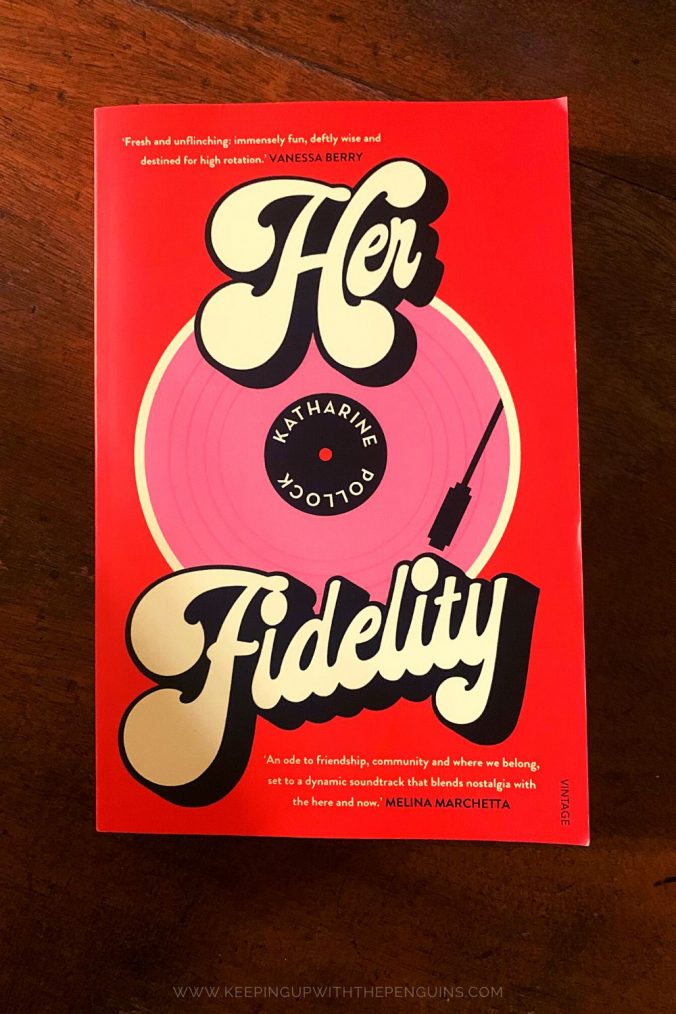 I was lucky enough to attend the launch of Her Fidelity at the iconic Gleebooks venue, and Katharine Pollock was kind enough to sign my copy (that I was delighted to receive from Penguin Books Australia for review). The conversation that night with Louise Carter, a brilliant local poet, really wet my whistle and I was keen to jump into this debut novel as soon as I got home.

Her Fidelity – as the title would suggest – looks at the ‘glamorous’ world of slinging rock’n’roll records, through a female lens. It’s based on Pollock’s own experience working in record stores and what it’s like to be a woman in the music industry, lending it a ring of authenticity you’re unlikely to find elsewhere.

Take, for instance, the opening pages, where she bemoans the most frequently-asked questions of any record store employee, culminating with: isn’t it just like working at Empire Records? Her answer: “there are more female staff members in Empire Records than you would ever see in a real-life record shop”.

Kathy, the protagonist of Her Fidelity, is rapidly approaching 30 and she’s been working at Dusty’s Records – Brisbane’s premier (fictional) music store – for literally half her life. The industry has changed, but Kathy hasn’t… much. Can she keep this up forever?

Her Fidelity is a sharp but charming book that I devoured in a single sitting. It was unexpectedly delightful to read a book about someone my age, from my actual home state, in a similar line of work – is there a word that goes beyond relatable?

I really admire the way that Pollock tackled some really lofty themes and issues in an accessible, relatable way, and showcased the reality of a ‘fun’ job without destroying the dream entirely. Hats off to her, and to Her Fidelity – I can’t wait to read whatever comes next!

I Know Why The Caged Bird Sings – Maya Angelou