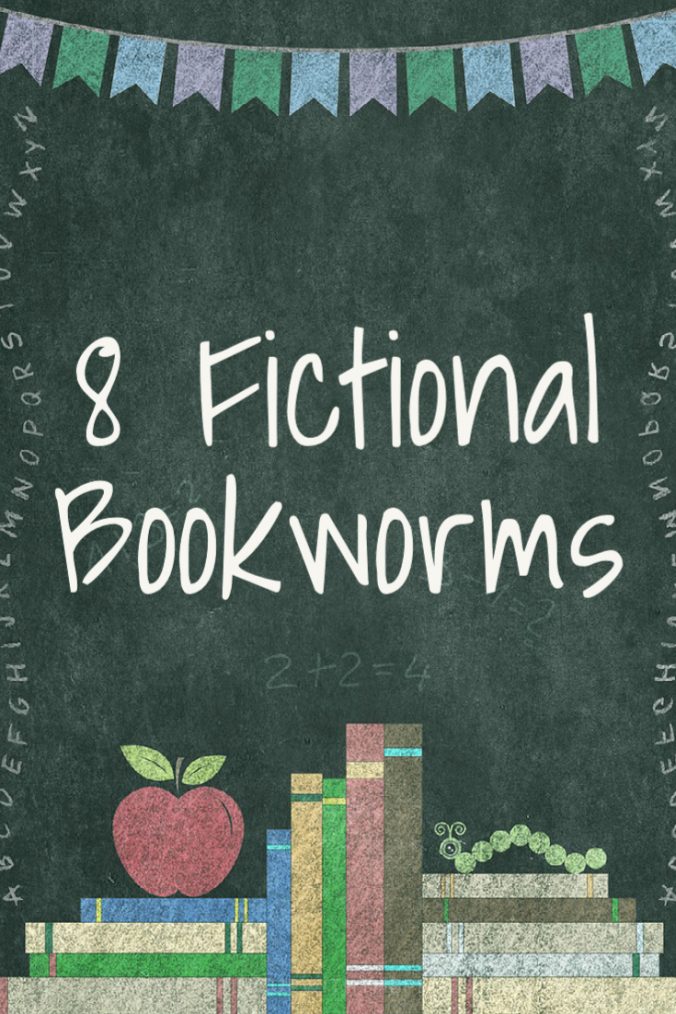 Given that authors (clearly) love books and reading, it seems inevitable that some of their characters will turn out to share that quality. At least, the best ones do. As Caroline Bingley said in Pride And Prejudice, “I declare after all there is no enjoyment like reading!”. Here’s a list of eight fictional bookworms who will make you feel SEEN.

From Matilda by Roald Dahl

The very first time I remember seeing myself reflected in a fictional character, it was Matilda – the young, dark-haired, misunderstood girl who escaped through fiction. Like Matilda, I had librarians query whether I could actually read all thirty books I borrowed at once (answer: yes, I absolutely could). Like Matilda, I had wonderful teachers who supported my bookish habits. Matilda’s life and school is a shit-show, but everything she gets from books is wonderful, and sets her in good stead for her life to come.

From Fangirl by Rainbow Rowell

Cath is a freshman student at the University of Nebraska-Lincoln, though you probably wouldn’t know it if you were one of her classmates. She has a sister (Wren) who is far more outgoing and sociable, but Cath prefers to stay holed up in her room writing fan-fiction about Simon Snow, her favourite young-boy-magician-saves-the-world series – thus, the title, Fangirl. There never was a girl who got in her own way like Cath, to be honest, but despite her kind-of annoying earnestness and social anxiety, her dedication to reading (and inclination to re-read her favourites over and over again) is very relatable. Read my full review of Fangirl here.

Alonso’s love of books drives him to literal madness. He assumes the name Don Quixote de la Mancha, an homage to the knights of his beloved novels, and charges off to save the world and win the love of a “fair maiden” (a complete delusion, naturally, as is the loyalty of his “squire” Sancho). I suppose, in Don Quixote, we can find a cautionary tale – loving books too much really can turn your brain – but we can also find a kindred spirit. Whomst among us hasn’t wished that we could live in our favourite novel? Don Quixote simply had the cajones to make it happen! Read my full review of Don Quixote here.

Tyrion Lannister learned early in life that he was never going to be One Of The Boys, no matter how much he drank or how many women he slept with. His short stature meant that he faced discrimination at every turn in A Game Of Thrones. So, he turned to books. In the absence of physical prowess, he sharpened his mind so that he could reduce his enemies with his razor-sharp wit and out-flank them in intelligence. He fares a lot better than his siblings, outlives them despite many close scrapes, so clearly it’s a winning strategy. Read my full review of A Game Of Thrones here.

From The Book Thief by Markus Zusak

It’s tough being a fictional bookworm when you’ve never learned to read, but Liesel doesn’t let that stop her! She nicks a book from a grave digger, and it becomes a talisman of her inner strength and hope for the future when she’s sent to live with a foster family in the midst of World War II. Over the course of The Book Thief, she develops a close relationship with her foster father, and he teaches her how to read (when he’s not providing safe harbour to Jewish refugees and rolling his eyes at his wife’s ranting). It’s a heartwarming story, and one that bookish kids today will surely connect with. Read my full review of The Book Thief here.

From Northanger Abbey by Jane Austen

When it comes to Austen’s heroines, Lizzie (of Pride And Prejudice fame) is the one people most commonly associate with bookish sensibilities… but, having read them both, I can tell you that Northanger Abbey‘s Catherine Morland is the true bookworm. In retrospect, Lizzie really only picks up a book when she’s got nothing better to do, while Catherine talks about them obsessively and fully expects her life to unfold like the plot of one of her Gothic novels. Lizzie’s the one I’d most like to have a drink with, but Catherine’s the one most likely to subscribe to Keeping Up With The Penguins. Read my full review of Northanger Abbey here.

From Little Women by Louise May Alcott

Each of the March sisters has a Thing. Meg is the pretty one. Beth is the sap. Amy is the primadonna. And Jo is the bookworm. All through Little Women, she’s obsessed with reading and writing, and it becomes her ticket out of a life of (relative) poverty and family obligation. That’s why I (very controversially) suggested that the Professor made a better match for her than Laurie, in the end; Laurie wouldn’t pick up a book if unless it smelled of whiskey or had naughty pictures inside. At least, with the Professor, Jo will have a large library and someone to talk books with. Read my full review of Little Women here.

Who are your favourite fictional bookworms? Let me know in the comments below!

She Is Haunted – Paige Clark