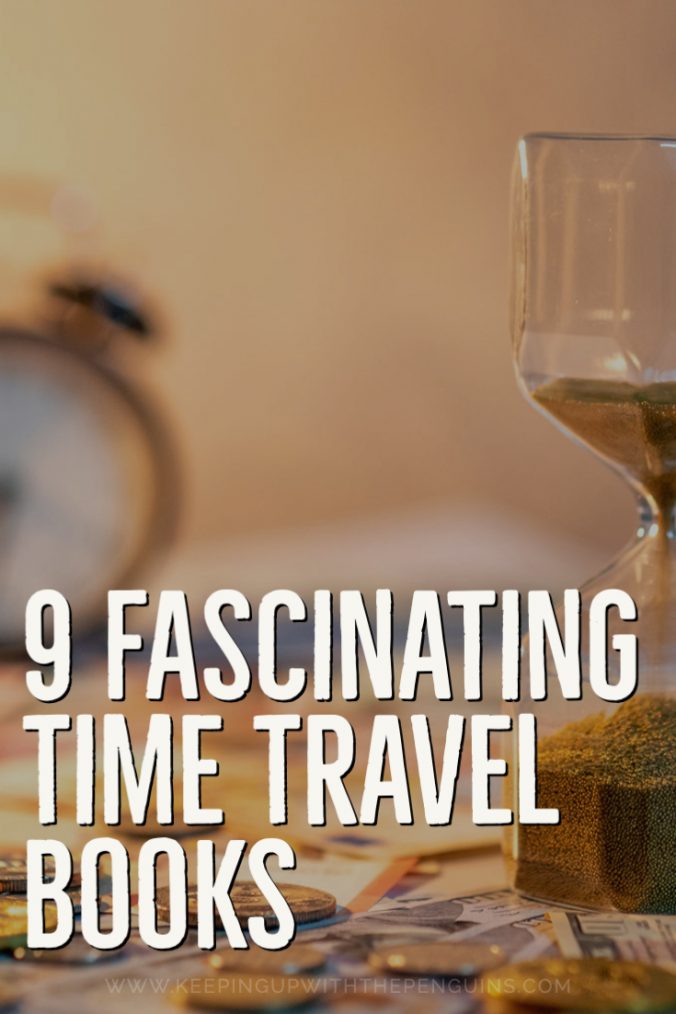 Where would you go if you could travel in time? Would you go back – ten years, a hundred, a thousand – to meet your ancestors, to play the stock-market, to see historical events unfold? Or would you go forward, to see where we’re headed, hoping for a utopian future? With these fascinating time travel books, you don’t have to choose! You’ll also get a heads-up on some of those pesky unintended consequences… Here are nine fascinating time travel books to add to your summer reading list.

One Last Stop by Casey McQuiston

One Last Stop is yet another delightful new-adult romance from Casey McQuiston, this time with a time travel element. The main character, August, is new to New York City, but she’s already got the big-city cynical attitude down pat. That is, until she meets Jane, a beautiful stranger on her train with a bewitching smile and a leather jacket. How was August to know that Jane had become unstuck in time, unable to leave her train carriage since the ’70s? Should Jane return to her own era, or stay in the present with her new love? Read my full review of One Last Stop here.

It’s one thing to be an intrepid time traveller, but what about being married to one? Audrey Nifffenegger explores this underrepresented character, the beleaguered spouse, in her book The Time Traveler’s Wife (later made into an amazing, heart-wrenching film starring Eric Bana and Rachel McAdams). Henry is charming and adventurous, but he has the disconcerting draw-back of disappearing at the drop of a hat. Unfortunately, Clare has little choice but to fall in love with him – he’s been visiting her from the future since she was a child, and her future is all mapped out. It’s a beautiful and intriguing time travel story that will pull on your heartstrings.

Outlander is undoubtedly the best selling series of time travel books of the past few decades, at least. Claire Randall, a former army nurse, is celebrating the end of World War II by taking a trip with her husband to the Scottish Highlands, and getting to know the man she loves all over again. One afternoon stroll later, and she’s thrown back nearly 200 years. It’s a different time, with different dangers; on the run from the British soldiers (including her husband’s ancestors), and distrusted by her Scottish captors, she’s forced into a marriage with the dashing young Jamie Fraser. Before long, she finds herself not only torn between two times, but between the two loves of her life. Read my full review of Outlander here.

The Eyre Affair by Jasper Fforde

Time travel is the least of your concerns in the world of Jasper Fforde’s The Eyre Affair. There’s also cloning, the Crimean War (which has carried on for over a century), and a villain killing off characters in beloved books. Acheron Hades’s first target was a minor character in Martin Chuzzlewit, but now he’s setting his sights higher: he wants to knock off the treasured heroine of English literature, Jane Eyre. Renowned literary detective Thursday Next has no choice but to dive into the novel herself, and try to save the Brontë protagonist from Hades’s evil plan.

The Rearranged Life of Oona Lockhart by Margarita Montimore

As if growing up wasn’t hard enough: Oona Lockhart is doing it out of order! The Rearranged Life of Oona Lockhart (also called Oona Out Of Order in some regions) begins on New Year’s Eve 1982, when Oona is about to turn nineteen and her whole life stretches out before her. Only, when she wakes, she’s in her fifty-one year old body and she doesn’t recognise her life at all. She soon discovers that she lives her life at random, one year at a time in a different decade. This is surely one of the most delightful and insightful time travel books you’ll ever read.

The 7 1/2 Deaths of Evelyn Hardcastle by Stuart Turton

Combine the best of time travel books and murder mysteries and you’ll get The 7 1/2 Deaths Of Evelyn Hardcastle, the 2019 debut novel by Stuart Turton. Something strange is going on at Blackheath Manor. Aiden Bishop must find out who murdered Evelyn Hardcastle, and he’s doomed to re-live (while she’s doomed to re-die) every day until her killer is unmasked. Except every time Aiden wakes up to begin the day anew, he’s in the body of a different Manor guest. This is a locked-room mystery with a Groundhog Day twist, and it’s one heck of a page turner!

Before The Coffee Gets Cold by Toshikazu Kawaguchi

It’s impossible to ponder time travel without asking the big question: is it possible to change the past? Is it safe? Is it wise? Toshikazu Kawaguchi explores the malleability of our timelines and the consequences of our choices in one of the most beloved time travel books of recent years, Before The Coffee Gets Cold (translated into English by Geoffrey Trousselot). At a small cafe in Tokyo, customers are offered the unique opportunity to travel back in time to critical moments in their lives. But, there’s a catch: they must return to the present before their coffee gets cold (as the title suggests).

One of the most bizarre time travel books you’ll read is Slaughterhouse Five. Kurt Vonnegut drew upon his own experiences from World War II, being captured by German forces at the Battle of the Bulge and transported to Dresden, to write this strange and fractured anti-war novel. Identifying himself as the narrator (and an unreliable one at that: “all of this happened, more or less”), he describes the life and experiences of his fictional character Billy Pilgrim. In between his own account of his time at war, he details Billy’s traverses through time and imprisonment at alien zoo on a planet he calls Tralfamadore.

Jane In Love by Rebecca Givney

Imagine that Jane Austen travelled through time to the present day, and fell in love. Would she stay, knowing that choosing love meant erasing herself from literary history? Or would she go back, knowing that it meant missing her chance at a happily-ever-after? That’s the premise of Jane In Love, the debut novel of Sydney screenwriter and filmmaker Rebecca Givney. It’s probably not one for the Austen purists (given the obvious historical inaccuracies), but it’s a delightful, warm, and easy read nonetheless, one that seamlessly merges the 19th and 21st centuries. Read my full review of Jane In Love here.