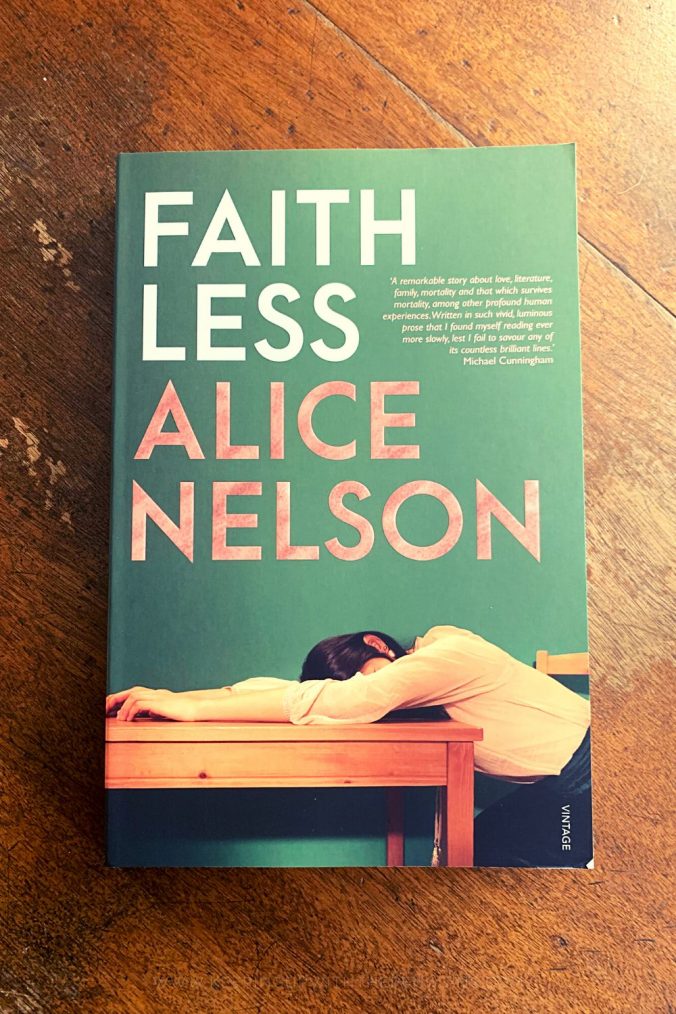 Okay, I’ll admit: the main reason I was excited to read Faithless was because of the cover. Fed-up women might be my favourite book cover trend so far this century. I was overjoyed to pull it out of a package kindly sent to me by Penguin Books Australia.

“Set between India and England, Faithless is the story of Cressida, a writer and translator, and her consuming love for Max, an enigmatic older writer – and married man.”

The story is narrated as Cressida’s address to Max (or to her memory of him, at least). I don’t know what I was expecting when I sat down to start Faithless, but this wasn’t exactly it. I guess the cover led me to think it would be a more wry, satirical take on the literary-girl-affair-with-an-older-man idea (which, let’s face it, is a bit tired). But the prose is wistful and takes itself very seriously.

Even though Cressida is meticulously and exhaustively introspective, she seems to lack any real self-awareness. She marries rich, she gets to write her books in a beautiful house in the south of France, but she remains tormented by her decades-long affair with a man old enough to be her father. I mean, babe: read the room, it’s hard to feel sorry for you and you don’t seem to realise it.

The main sub-plot of Faithless revolves around Flora, a young girl in Cressida’s care – though the reasons for that aren’t clear at first. I found myself far more interested in the story of Cressida and Flora than I was in the story of Cressida and Max. Nelson dangles that carrot all throughout Faithless, and although she does end up giving an explanation, there is no neat, happy ending for anyone in this story. This is Literary Fiction(TM), after all.

All told, Faithless is a challenging and clever read, but it didn’t exactly light a fire under me. It had plenty of redeeming qualities, and I’m sure many readers will be captured by it – unfortunately, I just wasn’t one of them.