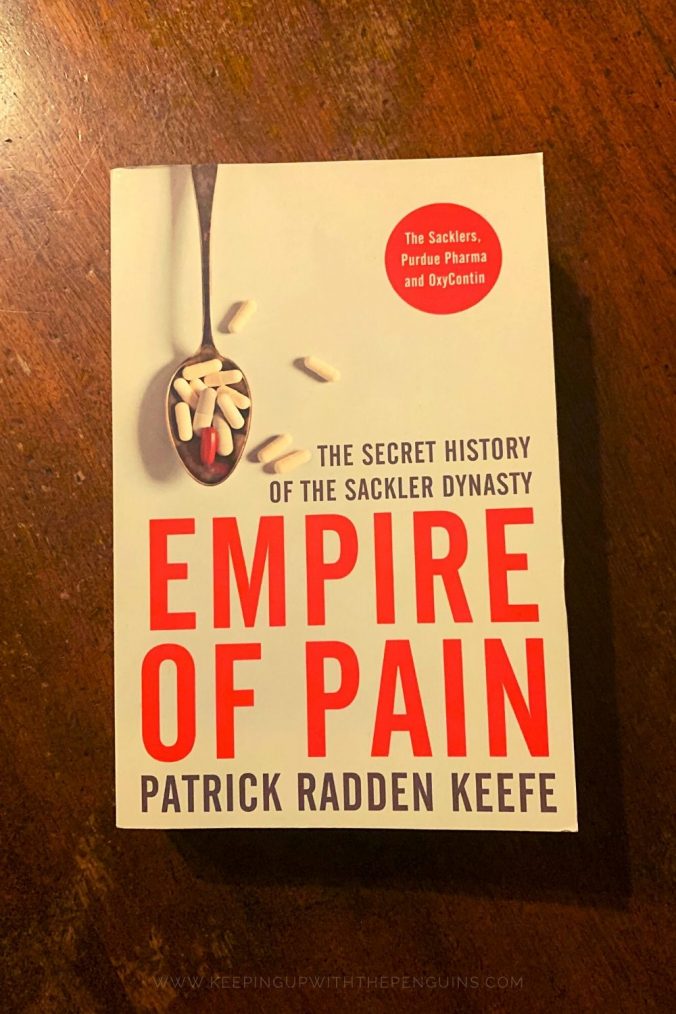 You might not know the Sacklers (unless you spend a lot of time in the museums they’ve paid a lot of money to adorn with the family name), but you definitely know their product: OxyContin, the opioid that triggered an epidemic of abuse.

Opioid overdoses are now the leading cause of accidental death in America (turns out guns aren’t their only problem, not even their biggest!) and in Empire Of Pain, Patrick Radden Keefe carefully examines how the actions of the Sackler family were the catalyst for this crisis. My friends at Macmillan were kind enough to send me a copy for review.

Empire Of Pain is a chunky book, but it doesn’t read like one – it’s every bit as gripping and compelling as any fictional family saga.

(And don’t worry, the medical jargon is comprehensible to anyone who’s ever watched an episode of Grey’s Anatomy.)

With the precision of a prosecutor, but the even-handedness of a responsible journalist, Radden Keefe picks apart the origins of this dynasty’s deadly legacy.

This is one of my favourite reads of 2021 so far, a must-must-must for fans of Erin Brockovich and The Social Network.