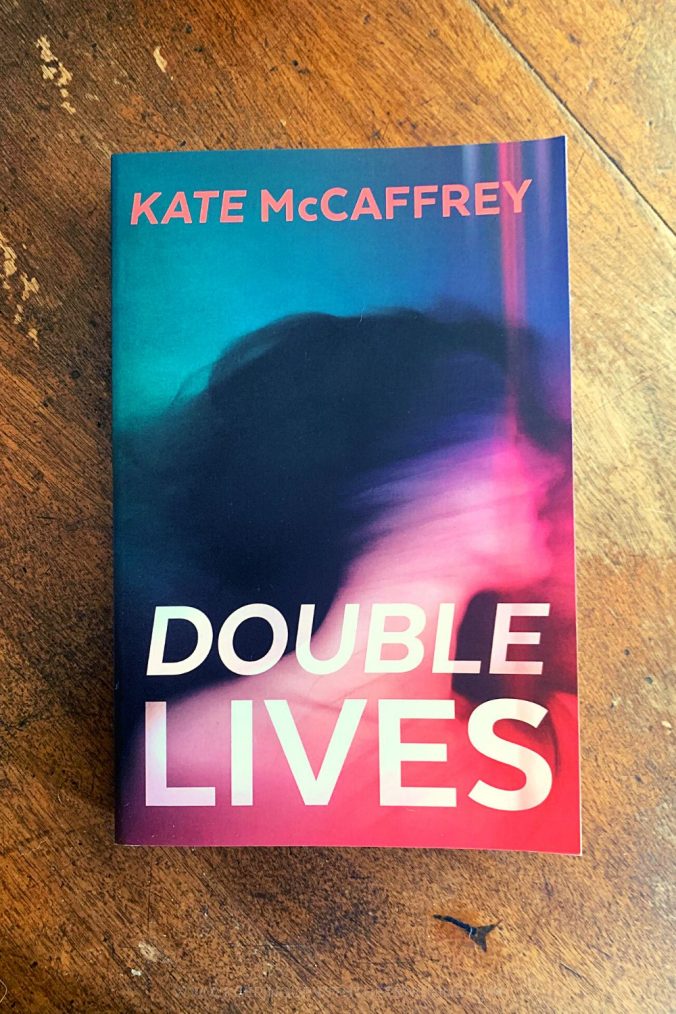 The premise of Double Lives seemed super timely with the release of Adnan Syed and other developments relating to podcast-popular crime cases here in Australia. I thought this new release might be something along the lines of Sadie (another novel styled as a true crime podcast).

It begins with Amy, a radio journalist, angling for a sought-after slot on drive time. She decides to conduct real-time on-air investigation into the case of Jonah Scott, who confessed to the murder of his girlfriend Casey Williams. She encourages listeners to contribute tips and theories – “we allow consumers of media to be the producers of media”.

Important note: I think what I’m about to say could constitute a “spoiler”, but it’s essential in explaining my reaction to Double Lives and what I think others need to know when deciding whether to read it.

The first “big reveal” comes in Chapter 2. The identification of Casey’s body was delayed… because she was trans. Apparently the investigators, ignoring any other evidence, were trying to identify her by her genitals? Ick.

I really resented Casey’s gender being used as a “shock twist”, but I wanted to give Double Lives a fair shot, so I tried to put it from my mind.

Unfortunately, the icks kept coming. Deadnaming and misgendering went largely unchallenged in the narrative. The story focused almost entirely on the cis-woman’s career advancement and her feelings of guilt about how she reacted when her ex-lover came out as trans (don’t worry, she feels really bad about it). There was so much opportunity in Double Lives to explore how and why trans bodies are exploited for entertainment, but McCaffrey skipped over that aspect entirely.

This story – which uses the murder of a trans woman by her lover for shock and intrigue – wasn’t handled sensitively at all.

Double Lives fell short on other measures, too. The characters were one-dimensional. Their arcs required leaps of logic or empathy that eluded me (the murderer was expected to be absolved because… his family were religious bullies?). The writing was somehow both basic and overblown (e.g., a character being “overcome with a feeling of numbness” – what was wrong with “she felt numb”?). The plot was a series of hats on hats: a small town, a podcast investigation, gender identity, sexual orientation, sex work, religious cults… Between all those balls in the air, and the frenetic structure and pacing, Double Lives felt exhausting.

I really hate to shit on a new release. I seriously considered not writing this review at all, and I’m not here to yuck anyone’s yums. I hope (beyond hope) that McCaffrey’s intentions were good with Double Lives… but she missed the mark, as I see it, by a long shot. I recommend caution and a critical eye to anyone thinking of reading this one.