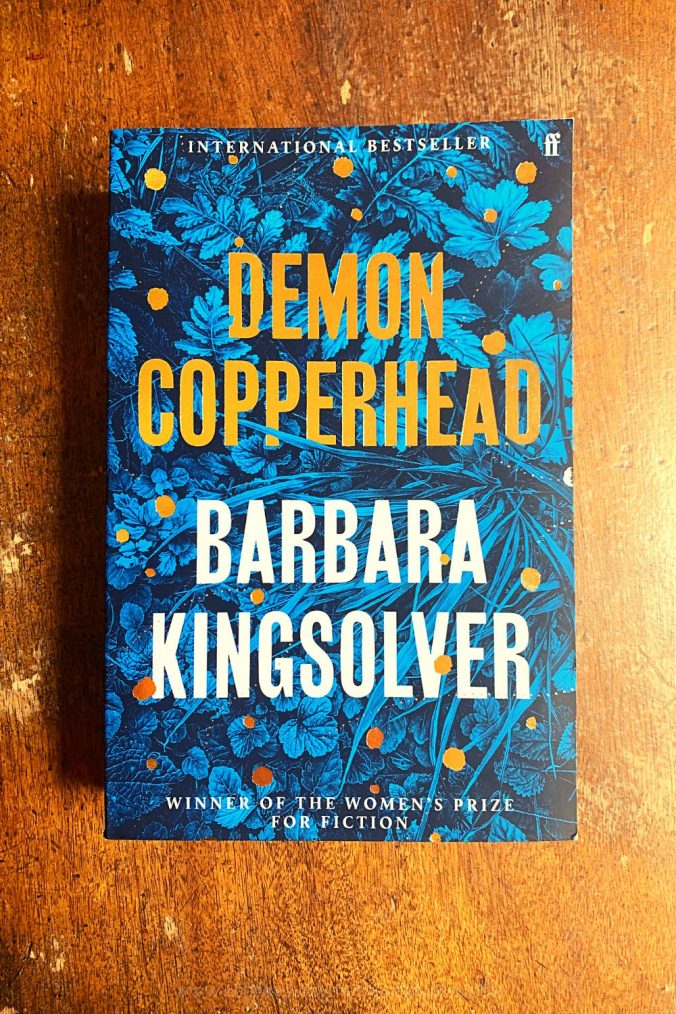 A boy born to harrowing circumstances, abused by his stepfather, orphaned, put to work while still a child, battling poverty and demons at every turn, with a wide cast of curious and captivating characters. Is this Dickens’s classic David Copperfield, or Barbara Kingsolver’s new epic, Demon Copperhead? Believe it or not, it’s both!

The wonderful team at Faber Books (via Allen & Unwin) sent me a copy of Demon Copperhead for review. It’s beautifully designed, with rich blues and shimmering gold, reflecting the ups and downs of the story itself. I will warn you, though, it’s deceptive.

It doesn’t look that long – certainly it doesn’t have the heft of its source material – but it’s a saga, and time consuming to read. It doesn’t drag, but it’s looooooong. Set aside as much time as you’d need to read Dickens, that’s my first tip!

Kingsolver does an incredible job, finding parallels between Dickens and a boy’s life in her homelands, the Southern Appalachian mountains of Virginia, that wouldn’t be obvious at a glance. She even manages to craft a Uriah Heep character every bit as smarmy and repellent as the original!

Demon Copperfield follows the (quasi) titular character through foster care, derelict schools, athletic success, opioid addiction, great love and devastating loss. The content of the story is a bummer (to say the least), but Damon’s scrappy determination and personable narration compensates, to stop it feeling like a misery parade.

All told, though, Demon Copperhead is a worthwhile undertaking, if you’ve got the time and stomach for it. It’s destined to become a contemporary classic, an essential component of the burgeoning canon of books about the generation of lost boys in 21st century America. Kingsolver has done it again!