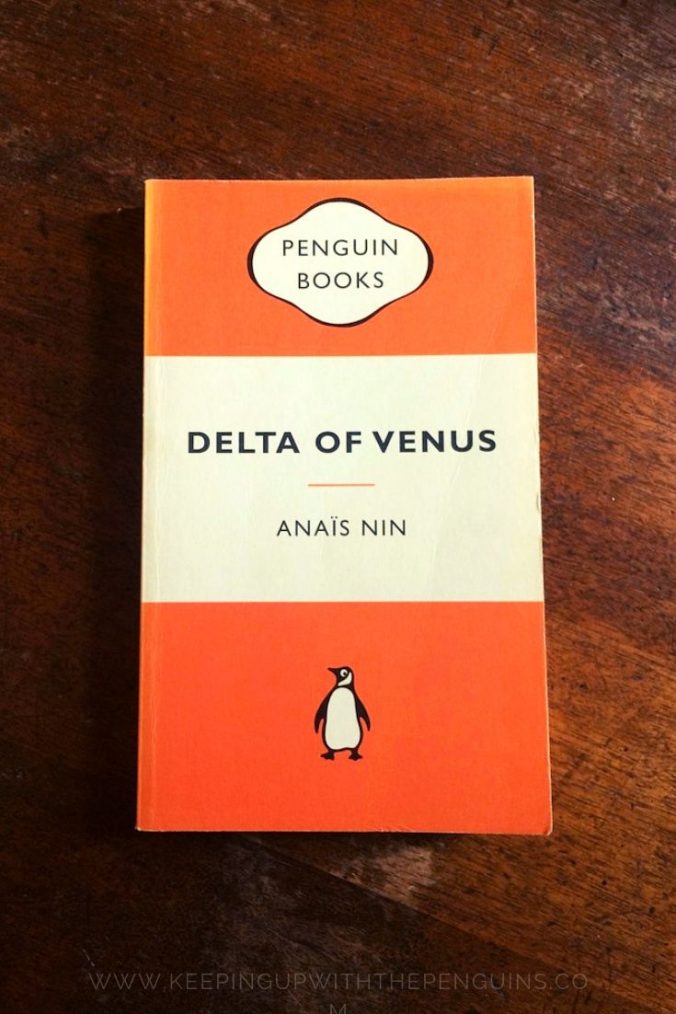 Feel free to scroll down if you want to get straight to the review, but I can’t resist the opportunity to give a bit of biographical detail about this oft-maligned trailblazer before I get started. Nin’s first book, a defense of D.H. Lawrence (yes, of Lady Chatterley’s Lover fame), was published in the 1930s. It made her a fixture on the literary scene, as did her vivacious personality and her boundless generosity. Still, she didn’t get the attention she deserved from mainstream readers and press until much, much later. Her exploits in literary erotica, as I mentioned, gave her the capacity to fund the work of the middle-aged, impoverished, would-be writer Miller; he went on to be lauded for books like Tropic Of Cancer, while Nin remained relatively unknown. She also funded the dreams of countless other down-on-their-luck male writers the same way. She made their careers possible, but effectively none of them saw fit to open any doors for her. Nin self-published four books, managed to sell a few others, but for the most part she was either mocked by critics or (worse) ignored. Today, she is best known for work she probably thought would never see the light of day: Delta Of Venus and, of course, her private journals (which were just as steamy).

The blurb for Delta Of Venus promises “a stunning collection of sexual encounters from the queen of literary erotica” (so you can see why I picked it up, right?). The preface, taken from Nin’s diaries, explains that the collector for whom she wrote “likes it better when it is a narrative, just storytelling, no analysis, no philosophy,” (page viii). Basically, he told her to write all the arty shit she wanted in her own time, and stick to the sucking and fucking on the pages she submitted to him. Nin rose to the challenge, but being told to focus only on the sexy bits led to “violent explosions of poetry” (page xi). She drew on her own and her friends’ experiences, like an old-timey Carrie Bradshaw, and gave them as much literary flourish as she could get away with.

Delta Of Venus definitely has a different “vibe” to Miller and Lawrence, whom we might now consider to be Nin’s contemporaries. She really penetrates (ha!) the psychology of sex, as I presume it was understood at the time. She consciously inserts the sensual and the feminine into the story; as she wrote in her own diary, through this project she “realised that for centuries we had only one model for this literary genre [erotica] – the writing of men,” (page xiiii). She conceived a “language of the senses”, according to the academic types who have all-too-recently actually paid close attention to her work.

Not to contradict myself, but I must warn you that the collection definitely throws you in the deep-end of an icy cold pool: the first story, The Hungarian Adventurer, involves (among other things) graphic depictions of incestuous rape. Don’t confuse sensual and feminine for delicate or fragile! Some of the stories in Delta Of Venus have aged particularly badly (e.g., The Boarding School, which features abuse and gang rape in a Catholic institution), and all are problematic in some measure (by today’s standards, anyway). My advice? Don’t pick this one up if you have any sensitivities around sex or gender or violence that could be triggered by graphic un-woke descriptions of all of the above.

Still, I didn’t hate it? I was surprised, at times I blushed, but I wasn’t as sickened as perhaps I should have been – I was certainly never bored. The quality of Nin’s prose, her mastery of language and insight into desire, don’t excuse the challenging content but they make it damn readable.

Plus, my deep-rooted sex positive feminism simply can’t divorce the content of Delta Of Venus from the context in which it was produced. Nin wrote explicitly about sex in a time when doing so was the sole purview of rich white men (and the irony of a rich white man paying her to do it is simply too delicious to ignore). She wrote about abortion, extramarital affairs, all manner of “inappropriate” desire, without judgement and without fear and without diminishing her characters (something that many writers struggle to do today). Had Delta Of Venus been published for public consumption at the peak of Nin’s “career” (which is not saying much), I can’t even imagine what would have happened to her. She would have been pilloried, by the public and the press, and either died a notorious martyr or a penniless nobody. In that view, we’re lucky to have access to this crucial work today, and it’s worth a read… if you dare.

My favourite Amazon reviews of Delta Of Venus:

5 Books The Same Age I Am