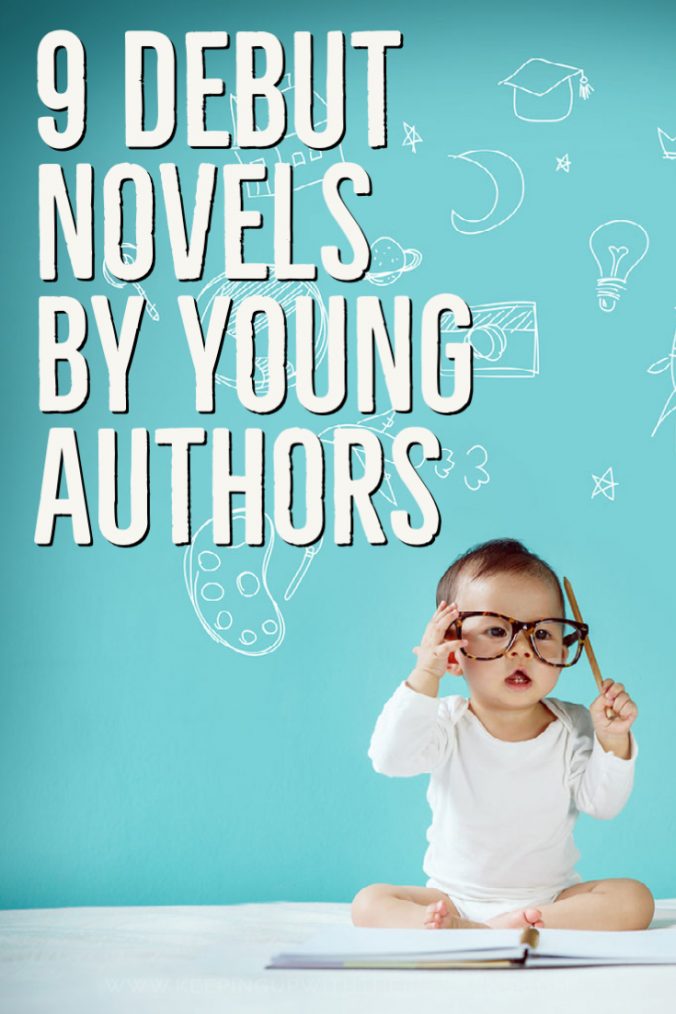 There really is no “right” age to become a debut author. When you’re young, people gape at you and wonder what on earth you could possibly know about life to put into a book. When you’re (ahem) mature, people gape at you and wonder how you could possibly have the chops if you’ve kept them hidden for that long. It’s a lose-lose situation for writers who fear judgement. But there are a few brave souls who forge ahead and put their work out into the world for the very first time, whatever their age, come what may. Here are nine debut novels by young authors who took that courageous step.

If there’s a patron saint for young authors, it’s Mary Shelley. She lived a lot of life very quickly, starting with falling in love with Percy Shelley when she was just 17 years old. They ran away together and he knocked her up. Their child sadly died, before Mary was old enough to order a drink. The following year, she and Percy were holidaying with Lord Byron when they had the infamous who-can-come-up-with-a-scarier-story chat, which inspired her debut novel Frankenstein. Mary spent the next eighteen months working on her manuscript (in between other assorted traumas), and it was published when she was just 21. Because it was published anonymously, most readers at the time assumed Percy Shelley was behind the pen, but it was all Mary. Read my full review of Frankenstein here.

Conversations With Friends by Sally Rooney

Sally Rooney, the millennial wunderkind and “the Salinger for the Snapchat generation”, is probably the first young author who comes to mind for most people at the moment. Her debut novel, Conversations With Friends, made one heck of a splash when she published it in 2017, aged 27. She was named the Sunday Times Young Writer Of The Year, and every book she has published has set tongues wagging across the bookloving community. She writes about young love, insecurity, betrayal, cruelty, and introspection – all the good stuff. Read my full review of Conversations With Friends here.

My Brilliant Career by Miles Franklin

When Miles Franklin was a 16-year-old girl living in the bush, she wrote a story about a 16-year-old girl living in the bush – groundbreaking, right? In fairness to Franklin, she didn’t write with the intention of setting the literary world alight. She just wanted to entertain her friends (they didn’t have Netflix back then). She only sent My Brilliant Career to Australian poetry giant Henry Lawson on a lark. She didn’t expect him to love it so much that he forwarded it on to his own publishers. A few years later, Franklin ended up withdrawing the book from sale until after her death – apparently, a few of the more unflattering character portraits were a bit too close to people she knew in her real, young life. Rookie mistake! Read my full review of My Brilliant Career here.

Zadie Smith was a baby, still studying at Cambridge and figuring out that she wasn’t funny enough to be a comedian or fast enough to be a tap dancer, when her only-partially-complete manuscript of White Teeth became the subject of a bidding war that has passed into legend. This was back in the late ’90s, when partial manuscripts written by young nobodies could still whip publishers up into a fevour. Hamish Hamilton won the option, and pushed Smith to finish the book while she was completing her final year of studies. It was published in 2000 to massive critical acclaim, when Smith was just 24. She found the spotlight overwhelming, and it took years for her to find her footing.

The Heart Is A Lonely Hunter by Carson McCullers

The stories behind the debut novels by young authors don’t always have happy endings. Carson McCullers completed and published The Heart Is A Lonely Hunter (originally titled The Mute) when she was just 23 years old. Her literary success was one of the many factors (alongside her many unrequited crushes on beautiful women) that contributed to the breakdown of her marriage with aspiring writer Reeves McCullers, who divorced her soon after her debut. She and Reeves remarried in 1945, but their relationship was still super toxic. Reeves died by suicide, a would-be joint suicide pact from which Carson withdrew at the last minute. She also had a series of strokes that left her paralysed on the left side by the time she was 31; she died the year she turned 50. So, early success is clearly no guarantee of a happy life!

Sense And Sensibility by Jane Austen

Jane Austen didn’t really live long enough to be anything other than a “young author”, the poor thing. Before she was even a teenager, she penned stories and poems and jokes for her family (now collected and called her juvenilia). Her first “real”-ish work (according to… whomever decides these things) was an epistolary novella called Lady Susan, which she wrote in her late teen years (circa 1794) – but it wasn’t published until 1871, long after her death. In her very (very) early 20s, when she was flirting with Tom Lefroy, she wrote Sense And Sensibility, which was published anonymously in 1811. That is now widely recognised as Austen’s first, proper, grown-up debut novel.

Even though Stephen King was a young author when his debut novel was published, it was still one heck of a slog to get there. He wrote three other novels before Carrie – and Carrie itself nearly ended up in the wastepaper basket. He began with the intention of writing a short story about teenage girls, simply to prove that he could “write women” (after a naysaying reader said he only wrote about “macho” things). The first three pages – the now infamous bullying scene in the high-school showers – were so deplorable that he threw them out. Fortunately, his wife fished them out and encouraged him to continue the project (and promised to help him with the girly bits). It went on to become a full-length novel, published in 1974 when King was 26 years old.

Inspiration struck Chimamanda Ngozi Adichie at 10 years of age, when she first read Chinua Achebe’s modern classic Things Fall Apart. She has said it was inspiring to see her own life reflected on the page. Ten years later, aged 20, she published a collection of poems, and then the following year, a play – but it took a few more years for her debut novel to make its way into the world. Aged 26, she published Purple Hibiscus – which starts with an extended quote from Things Fall Apart, that novel that inspired her as a child – and won the Commonwealth Writers’ Prize for Best First Book.

Picture this: you’re a student at Northwestern University, you’ve just turned 21, so you can finally buy yourself a drink. But instead of hitting the bars on your senior winter break, you decide to write a dystopian young adult novel. That’s what Veronica Roth did, and it’s a bit weird but it’s not beyond the realm of possibility. What happened next is, though: she managed to find an agent by March of the following year(!), sell the book to a publisher before graduating(!!), and then sell the movie rights before it even hit the shelves(!!!). The Divergent series became a multi-million dollar juggernaut, and Roth is laughing all the way to the bank. Read my full review of Divergent here.