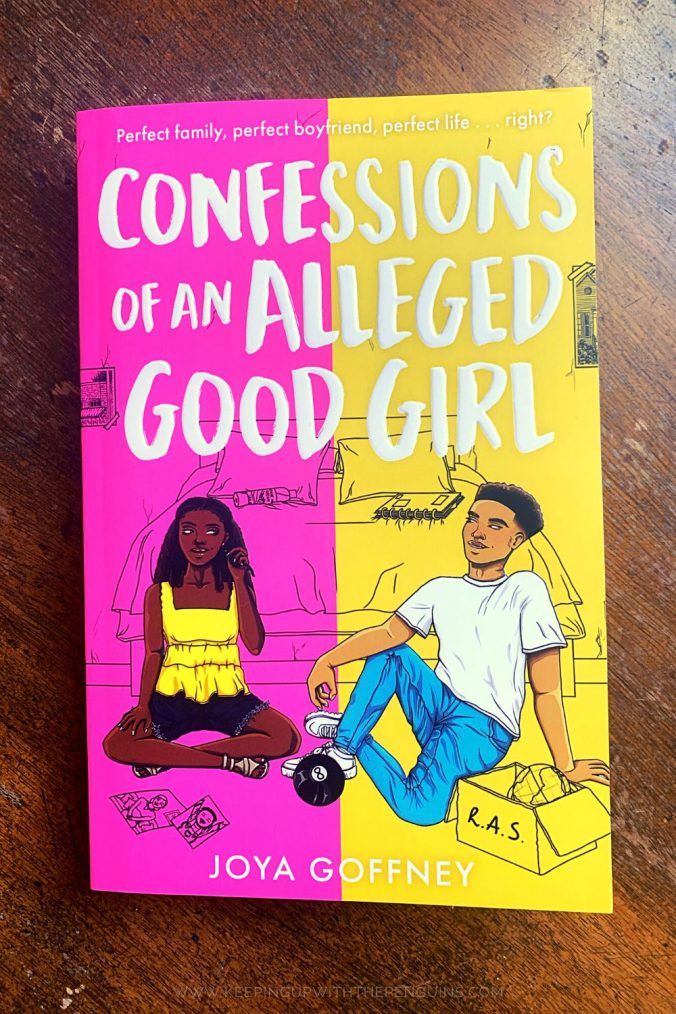 There is a LOT going on in Confessions Of An Alleged Good Girl, the new young adult novel by Joya Goffney. The narrator is a preacher’s daughter, who finds herself caught in a love triangle, and forming an unlikely friendship trio, and navigating a medical condition, and wondering what happened to her estranged “wild child” sister… whew!

Don’t get me wrong, I was thrilled when Hot Key Books (via Allen And Unwin) sent me a copy of Confessions Of An Alleged Good Girl for review. I mean, that title alone… but it’s a LOT, right?

Boiling it down as best I can: Monique is doing her best to be the “perfect” preacher’s daughter, while simultaneously being the “perfect” girlfriend – which means having sneaky premarital sex in her boyfriend’s car when her overbearing mother isn’t looking.

Or, trying to, at least. Monique’s body won’t cooperate, and her boyfriend eventually issues an ultimatum. ‘Figure out how to have sex, or we’re over.’

But Monique is a dyed-in-the-wool people-pleaser (even when the “people” is a total turd), so she sets out to figure out what is going on with her body and how she can “fix” it for her dreamboat. That leads her to befriend Sasha, the most devout girl at their small-town church with a secret hobby of doling out gynecological advice, and Reggie, the local bad boy that Monique’s father has taken under his wing.

Steel yourself for a huge fictional therapy fail. 16-year-old Sasha thinks she can diagnose and treat vaginismus because her mother works reception at the local woman’s clinic – give me strength! Kids are dumb, but I give Goffney points for keeping Confessions Of An Alleged Good Girl realistic (because that’s exactly what real-life 16 year olds would think).

Despite the abundance of moving parts, Goffney does a good job of keeping Confessions Of An Alleged Good Girl on track, too. There’s a villain 180 that will give you whiplash, but other than that, the natural ending is quite clear (for anyone who’s ever seen or read a teen love triangle romance, anyway) and it rolls up right on time.

I don’t want to be a grumpy Old, spoiling all the fun. Confessions Of An Alleged Good Girl is a quick, enjoyable read that will surely help some young adults with vaginas out there (and Goffney gets bonus points for being so open about how much of Monique’s story is based on her own experience).