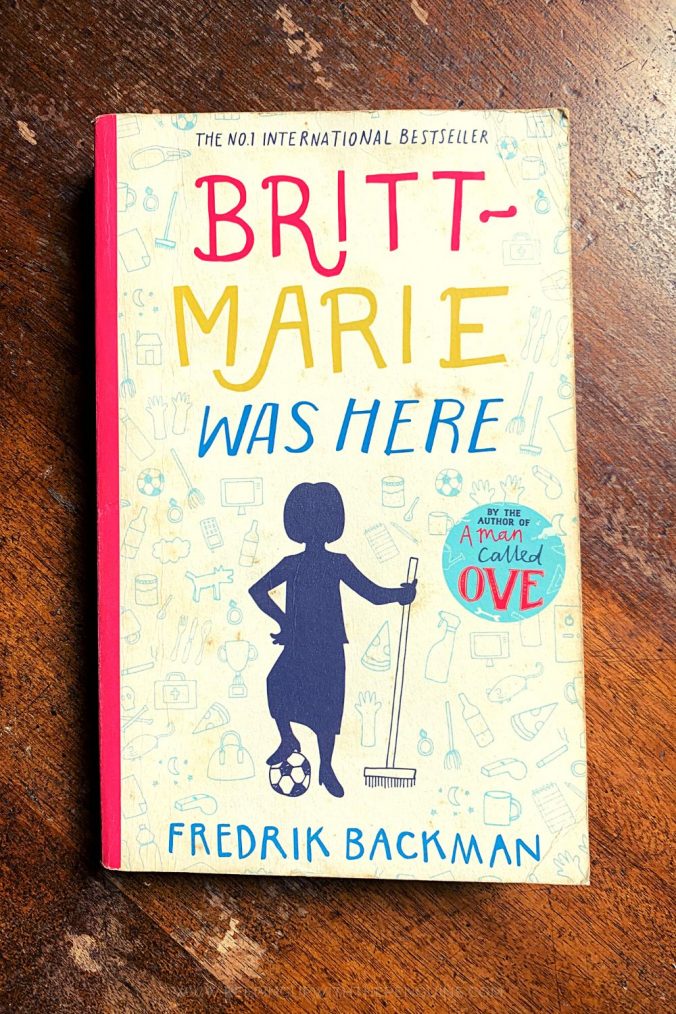 Britt-Marie Was Here has been calling to me from my to-be-read shelf ever since I read My Grandmother Sends Her Regards And Apologises about a year ago. I was fairly sure that the books existed in the same universe, and the titular Britt-Marie in this story was the same Britt-Marie who lived in the apartment block with Elsa, Granny and co. Turns out, I was right! (Naturally.)

Britt-Marie Was Here (Britt-Marie var här in the original Swedish, translated into English by Henning Koch) is Fredrik Backman’s fourth book. It was first published in 2014, and the English translation came out two years later. It didn’t make as much of a splash as A Man Called Ove, or any of Backman’s other #bookstagram darlings, which is weird because the premise and tone is classic Backman.

The story revolves around Britt-Marie, a middle-aged fusspot recently separated from her beloved husband Kent. She knew his collars sometimes smelled of perfume (before she starched them, of course), but his infidelity was confirmed when his mistress called an ambulance to attend to the heart attack he had on top of her. That was the final straw (understandable).

Fearing that, without Kent as an (albeit inattentive) witness to her life, she might someday die without anyone noticing, Britt-Marie goes out in search of a job and a life of her own. That’s how she finds herself in the backwater town of Borg, the only person desperate enough to take on the role of caretaker for a soon-to-be-demolished community center.

This is a Fredrik Backman novel, so of course, Britt-Marie finds herself drawn in to the lives and dramas of the small-town citizens. Despite her firm intentions of simply keeping the community center clean (with a bucket-load of baking soda), she ends up roped into coaching a soccer team of ragamuffins, and best friends with the drunken pizzeria owner.

Britt-Marie Was Here is a darker read than A Man Called Ove or My Grandmother Sends Her Regards And Apologises – in fact, in many ways, it reminded me of the criminally-underrated movie Green Street Hooligans. The citizens of Borg are down on their luck, poverty and family violence are common, and the kids of the town have nowhere to go and (almost) nothing going for them. But it’s still a very touching read, with Backman’s trademark life-affirming philosophy – and a few laughs, mostly at Britt-Marie’s expense.

Britt-Marie Was Here is a good one for fans of small-town romances, and/or movies where the kids get their sports field in the end after they defeat the evil developers. I suspect that Backman might’ve figured out he was onto something with the sports theme, as I hear Beartown (one of his best-sellers) and its sequels use ice-hockey in a similar way. That one will be the next Backman on my list, I think!

P.S. Britt-Marie Was Here was adapted into a film starring Pernilla August and directed by Tuva Novotny, released in 2019. I watched the trailer, it actually looks pretty good (better than the abomination of A Man Called Otto, anyway).

My favourite Amazon reviews of Britt-Marie Was Here:

What I Learned From My 2022 Book Acquisition Tracker