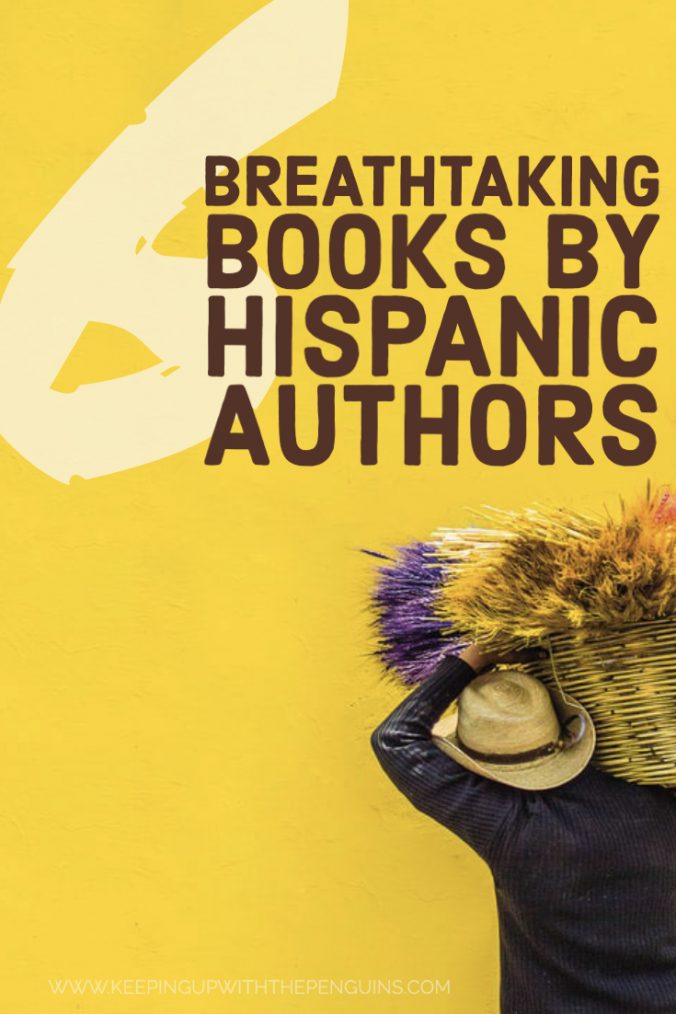 I’ll admit: being Australian, I’ve been a bit deaf to and detached from Latinx issues in the U.S. It’s not that I don’t care, it’s just that it’s not something I encounter in my day-to-day life. And where do I turn when I uncover a gap in my knowledge? Books, of course! I did a bit of digging, and pulled up a bunch of Hispanic authors that other readers recommended. Now that I’ve had the chance to fully immerse myself in them, I’ve distilled a list for you, in the event that you need to undertake your own adventure: six breathtaking books by Hispanic authors.

Isabel Allende is one of the most popular living Hispanic authors. She might be better-known for her best-selling magical realism novels, like The House Of The Spirits or Of Love And Shadows, but I started with her memoir, Paula. I first heard about it on the TV show Jane The Virgin (which I highly recommend as well, by the way!), and my curiosity was piqued. It is a memoir written in tribute to Allende’s daughter, who passed away in 1991 (in fact, it was written feverishly by Paula’s bedside, as she struggled to recover from a coma). Obviously, given the content, it is heart-wrenching – on par with Joan Didion’s memoirs of grief and loss – but it’s also strangely uplifting, a tale of resilience and a beautiful way to honour life and the human spirit.

I’ll be the first to admit that I’m not into hippie-dippie stuff. I tend to roll my eyes when a stranger brings up crystals or star-charts in conversation. When I first read The Alchemist (mostly at the urging of my one remaining hippie-dippie friend who puts up with my scoffing), I wasn’t impressed. But maybe 2020 has changed something in me, maybe I’ve drunk the Kool Aid, maybe I just realise that we all need a little something to cling on to when nothing in our world seems certain. There’s a comfort in this book’s message, that your fate will find you no matter where you are, and that persistence and resilience are all you need to overcome the obstacles that are thrown in your path (for a reason). Or something like that… Read my full review of The Alchemist here.

There is not a word that Carmen Maria Machado has written that I won’t devour with glee (seriously, if you’ve come across any that I haven’t covered yet on Keeping Up With The Penguins, let me know and I’ll be on it like white on rice). Her career is just beginning, she has just two full-length books to her name, but her future is bright. You heard it here first. I’ve chosen to include her debut on this list (mostly because I’ve waxed rhapsodic about her follow-up elsewhere). Her Body And Other Parties is a collection of short stories that portends what’s to come in her work: a strange hybrid of all genres, all forms, that terrifies and delights in equal measure. Read my full review of Her Body And Other Parties here.

Love In The Time Of Cholera by Gabriel García Márquez

You’d be forgiven for thinking that I was going to recommend One Hundred Years Of Solitude for my Gabriel García Márquez read (because it’s not a list of Hispanic authors without Gabriel García Márquez), given that I reviewed it earlier this week. But given, y’know, the state of the world, Love In The Time Of Cholera just seems more… fitting, doesn’t it? It is, as the title suggests, a love story, with at least one character driven by the pursuit of a cure for an infectious illness that disproportionately affects people living in poverty. You can be sure that a clever adaptation (“Love In The Time Of COVID”) is coming, but before it hits (if it hasn’t already), check out the original.

Clap When You Land by Elizabeth Acevedo

I’m a bit of a Johnny-come-lately when it comes to novels in verse, but I feel that puts me in a unique position to recommend entry points for other newbies. Clap When You Land is a great start. It tells the story (yes, collections of poetry can tell cohesive stories, did you know?) of two sisters who share a father, but have entirely unique relationships to the man who ties them together. They are separated by distance, and circumstance, but they connect through their grief and uncovering their family’s secrets. It’s an emotive, contemporary story that offers a window into other worlds – for both the characters and the readers.

After the American Dirt controversy earlier this year, I was eager to pick up more #ownvoices books by Hispanic authors. That’s why I was overjoyed to receive this copy of Hurricane Season by Fernanda Melchor (translated into English by Sophie Hughes) from the wonderful team at Text Publishing. It’s a murder-mystery, of sorts, set in rural Mexico and inspired by real events (including an honest-to-goodness witch-hunt near Melchor’s hometown). I’m not going to lie: Hurricane Season is not an easy read. I feel obligated to offer trigger warnings for literally everything you can imagine. But, if you think you’ve got the stomach for it, it’s written in beautiful, long, lyrical sentences that will pull you in and keep you there. Read my full review of Hurricane Season here.

Which Hispanic authors would you recommend? Let me know in the comments, so we can grow this list!

How To Pronounce Knife – Souvankham Thammavongsa