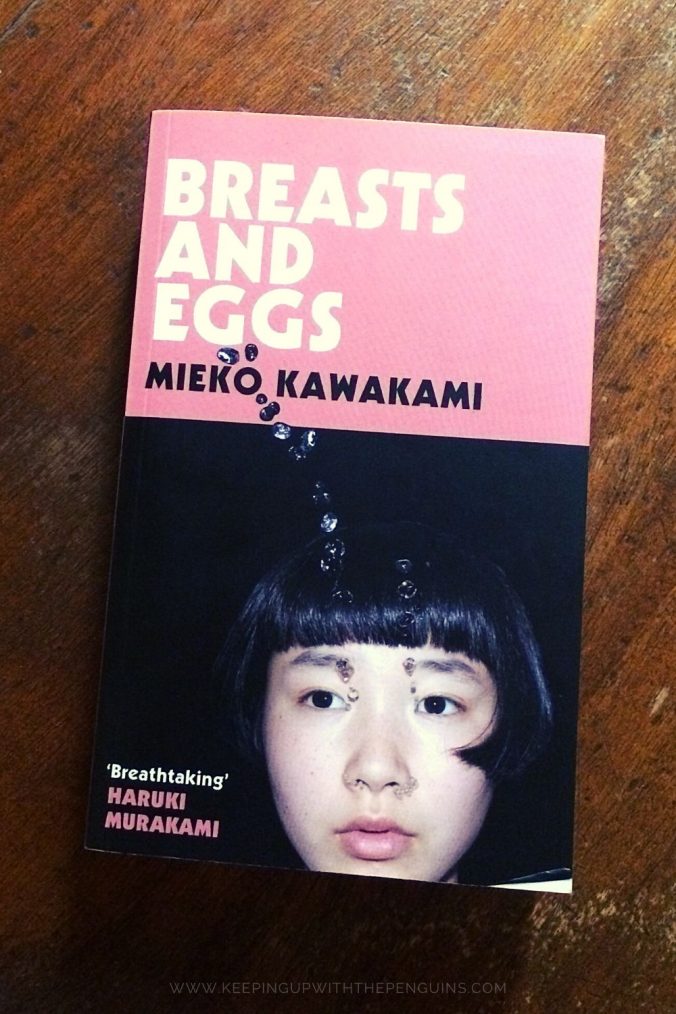 It’s not every day you come across a book recommended by Haruki Murakami – in fact, I think this might be the first I’ve ever read. He called it “breathtaking”, and has described Mieko Kawakami as his “favourite novelist”. That’s some high praise, right there!

It turns out Kawakami is already quite a superstar in Japan – as a singer, blogger, and now award-winning literary writer – but Breasts And Eggs is the first of her books to be translated into English (by Sam Bett and David Boyd, #NameTheTranslator!). It was a true pleasure to receive this copy from Pan Macmillan Australia for review!

The story is told in two parts, each of which could stand alone but are brought together by their narrator (Natsuko, a writer living in Tokyo) and themes (womanhood, motherhood, and self-discovery).

In Book One, Natsuko’s sister comes to town to get a breast enhancement surgery consultation, with her selectively mute daughter in tow.

In Book Two, ten years later, Natsuko is forced to confront her ambivalence about sex, whether to have children, and her relationships with the other women in her life.

What really shines is Kawakami’s eye for the mundane – the grocery shopping, the weather, the features of a flat – and her razor-sharp insight into the pressures women face, in Japan and everywhere. It would seem that some of the nuances of Osaka dialect are lost in translation, but Breasts And Eggs remains a riveting and revelatory read.