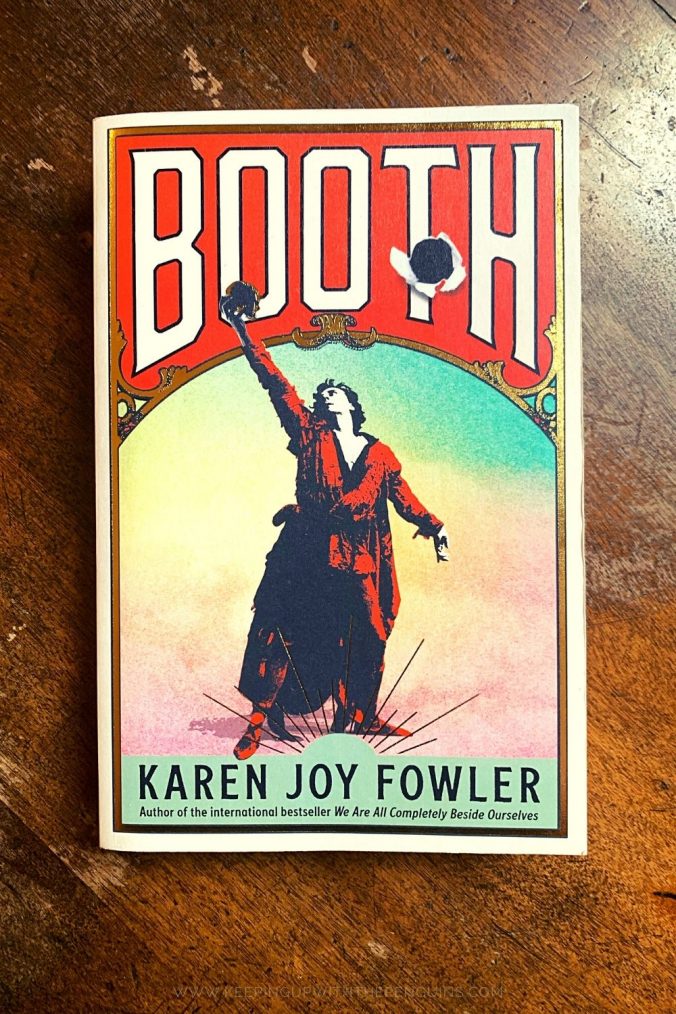 Karen Joy Fowler wrote one of my favourite and most-often-recommended books, so I did an excited “squeeee!” when I saw she had a new one coming out. Booth is “an epic novel about the family behind one of the most infamous figures in American history: John Wilkes Booth”. It’s a fictionalised history of a family and a country, and the wonderful folks at Serpent’s Tail (via Allen & Unwin) were kind enough to send me a copy for review.

One very important thing to note (that I see a lot of other reviews have skipped over): Booth is not a book about John Wilkes Booth. It is very specifically – and determinedly, judging by Fowler’s author note – about the Booth family. The stories alternate focus between three of John Wilkes Booth’s (many!) siblings: Rosalie, the sickly spinster; Edwin, the overburdened middle brother; and Asia, the firecracker. Of course, John’s story gets a peek in here and there, but it has no gravitational pull until the very final pages.

Booth is superbly readable. The pages flow by even when nothing particularly thrilling is happening. Fowler paints intimate portraits of each family member, and the narration includes deft wink-nods to the reader and the future. I was most impressed by the way Fowler kept the day-to-day family drama in the foreground – it struck me as very realistic. The characters were naturally preoccupied with drinking, marriage prospects, and illness, leaving the reader to infer what’s going on with slavery, war, and politics for the most part.

My hat goes off to Fowler once again. She’s written an incredible, timely, and provocative novel that can be read on so many levels.