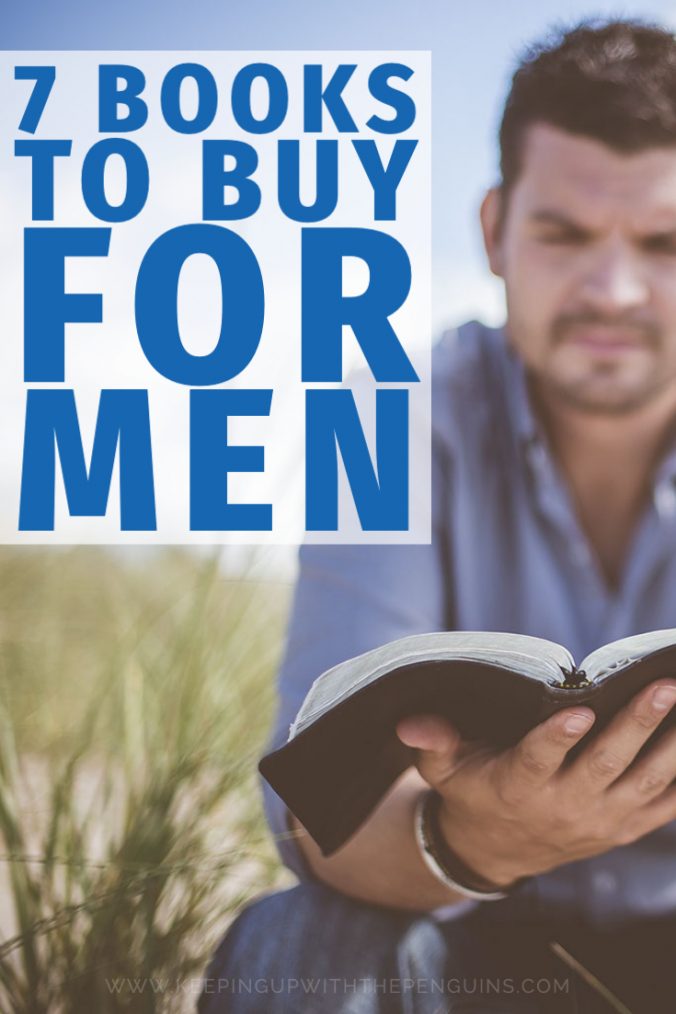 7 Books To Buy For Men In Your Life

I personally hate the gendering of consumer goods. It starts before we’re even born – with cots and baby clothes “for boys” and “for girls” – and goes all the way through until we’re big enough to know better. It never ceases to amaze me when I see a book store’s catalogue arranged into “for men” and “for women” sections, as though (firstly) that neat binary actually exists and (secondly) literature can be divided by it.

So, why on earth am I making a list of books to buy for men?

Well, I’ve noticed that people do actually pay attention to these recommendations, and the “books to buy for men” page is almost always almost exclusively populated with books written by men. What about the books by women, the ones that might “normally” find a large audience of women, but would actually really benefit cis-men? Here’s a list of books to buy for men in your life that will actually constitute one small step towards dismantling the patriarchy and saving the world.

See What You Made Me Do by Jess Hill

I’ve made it my personal mission in life to make sure more men read this book. I want “nice guys”, “good blokes”, “wonderful fathers”, and all the rest of them to read Jess Hill’s deeply disturbing and incredibly illuminating exploration into the causes of domestic abuse, and learn their role in preventing and mitigating the harm it causes. See What You Made Me Do is not an easy read (hint: none of the books on this list of books to buy for men are), but it’s one that will undoubtedly open the eyes of men – even the nice ones – who might not otherwise engage with this complex issue that disproportionately affects women.

She Said by Jodi Kantor and Megan Twohey

The men in your life might think they “know” the story of Harvey Weinstein, that they understand how difficult it was for the hundreds of thousands of women to come forward as part of the #MeToo movement, but I’m certain that She Said will shed a whole new light for them (as it did for me). Jodi Kantor and Megan Twohey are the journalists who worked tirelessly to break the story for the New York Times. It’s one thing to understand intellectually how the patriarchy protects perpetrators, but it’s another thing entirely to see it play out in a tangible way, in real time, on the world stage. Read my full review of She Said here.

Pain And Prejudice by Gabrielle Jackson

Major medical breakthroughs happen just about every day. Even just in the realm of pain, the field of medicine is making major strides forward in non-addictive treatment and preventative therapies. And yet, when women attend GPs and emergency rooms, their pain is less likely to be recognised as physical – significantly less likely. Even when it is, they are on average prescribed far lower doses of painkillers than cis-men presenting with the same symptoms. At the moment, there is an insidious and painful disease affecting 176 million people with uteruses around the world, and yet we have no idea what causes it or how to treat it – Gabrielle Jackson is one of those people. She wrote Pain And Prejudice to shed some light on the gendered nature of health care, centered on her own experience of endometriosis, and the ways that the medical system has let down women and AFAB people for far too long. Read my full review of Pain And Prejudice here.

My Body Keeps Your Secrets by Lucia Osborne-Crowley

In My Body Keeps Your Secrets, Lucia Osborne-Crowley wrangles with the Mobius strip of trauma, health, and shame. She interviewed nearly 100 women and non-binary people to unearth the ways in which the secrets we keep about what has happened to us are written over our bodies and our lives, which will give men a broad insight into these kinds of lived experiences. Osborne-Crawley deserves a wide readership; her tireless efforts to examine and self-examine will resonate for all readers, regardless of their own identities and histories. This would be a particularly good book to buy for men whose partners are struggling with the trauma of sexualised violence. Read my full review of My Body Keeps Your Secrets here.

I’ve had many conversations with men where they express exasperated frustration with women who have been victimised: “why don’t they just report him?“, they’ll say. “Why doesn’t she just go to the cops?” If I’m lucky enough to have a copy of Eggshell Skull to hand, I hand it to them right away. Bri Lee looks at the “justice” system for victims and survivors of sexual violence with unique insight: she is a victim herself, and also a law graduate who spent a year touring the courts of regional Queensland with a sitting judge. Lee has seen from both sides what it actually means to “just report” a perpetrator – and there’s nothing “just” about it.

She Speaks by Yvette Cooper (ed.)

Most collections of transcribed speeches would have you believe that only wealthy white men are capable of exerting influence from behind a microphone. Abraham Lincoln, Winston Churchill, all these men we know and remember as great orators – but what about the women who have been just as impassioned, just as captivating, and just as impactful? The forty speeches collected by Yvette Cooper in She Speaks vary in subject, tone, and purpose, but they are all delivered by women who have changed the world: Emily Pankhurst, Margaret Thatcher, Malala, Greta Thunberg… It’s a great read for men of all ages. Read my full review of She Speaks here.

Know My Name by Chanel Miller

How many men do you think secretly perhaps empathised with Brock Turner a little when his father tearfully opined that his son was being unfairly punished for “twenty minutes of action”? In fact, Turner was imprisoned for just three months – half of his paltry below-minimum six month sentence – for sexually assaulting an unconscious woman on the dirt ground behind the dumpsters outside a fraternity house. The thing is, few men took the time to really think about the impact that Turner’s actions had, especially because his victim was an anonymous woman referred to only as Emily Doe and hidden from public view. But Chanel Miller – that’s her real name, by the way – has bravely stepped forward, into the full glare of the public, with Know My Name. In this memoir, she articulates in painful detail the years of her life that she lost to trauma and stress, all for the sake of Turner’s “twenty minutes”. Read my full review of Know My Name here.